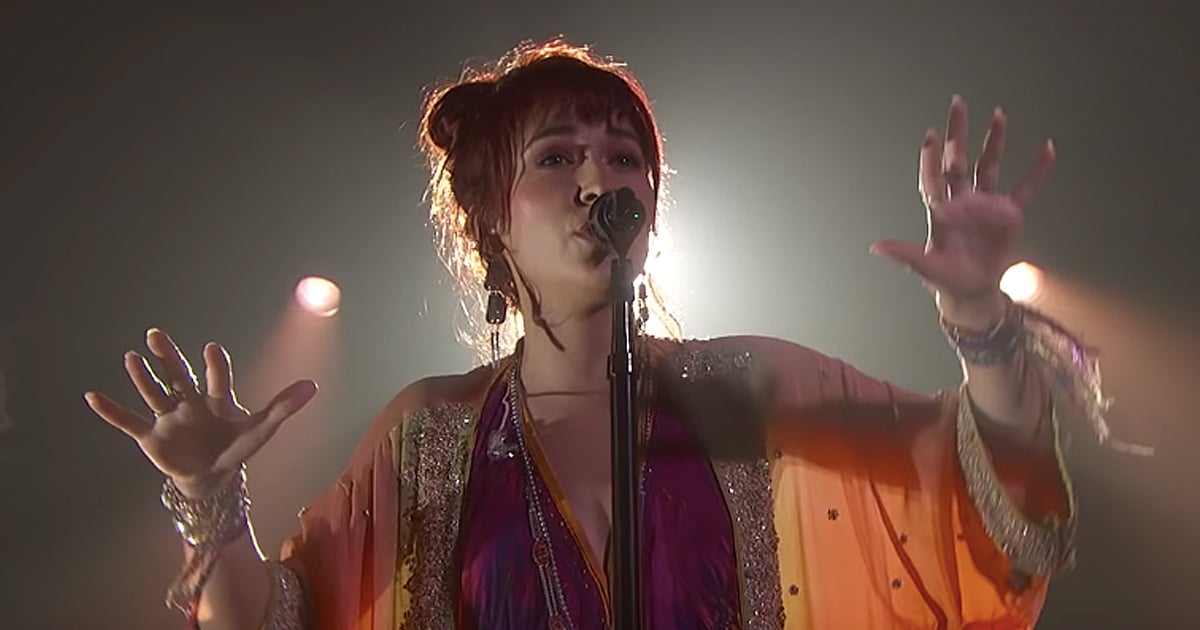 Sometimes during his concerts, award-winning singer Michael Buble hands the mic to folks in the crowd. But fan Andrew Zarillo wowed the renowned crooner with his own musical talents!

Andrew Zarrillo and his girlfriend, Amanda, had front row seats at a Michael Buble concert. That was exciting enough. But turns out, this would be a night to remember forever!

It’s nothing new for Michael Buble to interact with his audience during his shows. He’s pulled folks on stage before, inviting them to sing along with some of his popular hits. But no one, including Michael, ever expected what happened when he passed the mic to Andrew Zarrillo, a stranger in the crowd.

As Michael Buble hands the mic to this particular fan, Andrew knew just what to do. The young man started belting out the lyrics to the Frank Sinatra classic, Fly Me To The Moon.

"Fly me to the moon

Let me play among the stars

On a, Jupiter and Mars

In other words, hold my hand

In other words, baby, kiss me"

The crowd instantly went crazy. But no one seemed as blown away as Michael Buble!

As Andrew Zarrillo crooned the world-famous crooner, Michael looked shocked. Andrew’s performance was so impressive, some even suspected it was staged.

Andrew is a huge jazz fan and God blessed him with a lovely voice. Andrew shares a similar vocal sound to one of his favorite singers — Michael Buble!

After Andrew shared the video of that incredible moment online, he became an internet sensation. There’s no doubt with a gift like his, God has big plans for Andrew. Perhaps he and Michael Buble will share a stage again in the future!

WATCH: Michael Buble Hands Mic To Fan And Gets A Surprise

YOU MAY ALSO LIKE:Michael Bublé Goes Undercover to Give Shoppers an Amazing Surprise