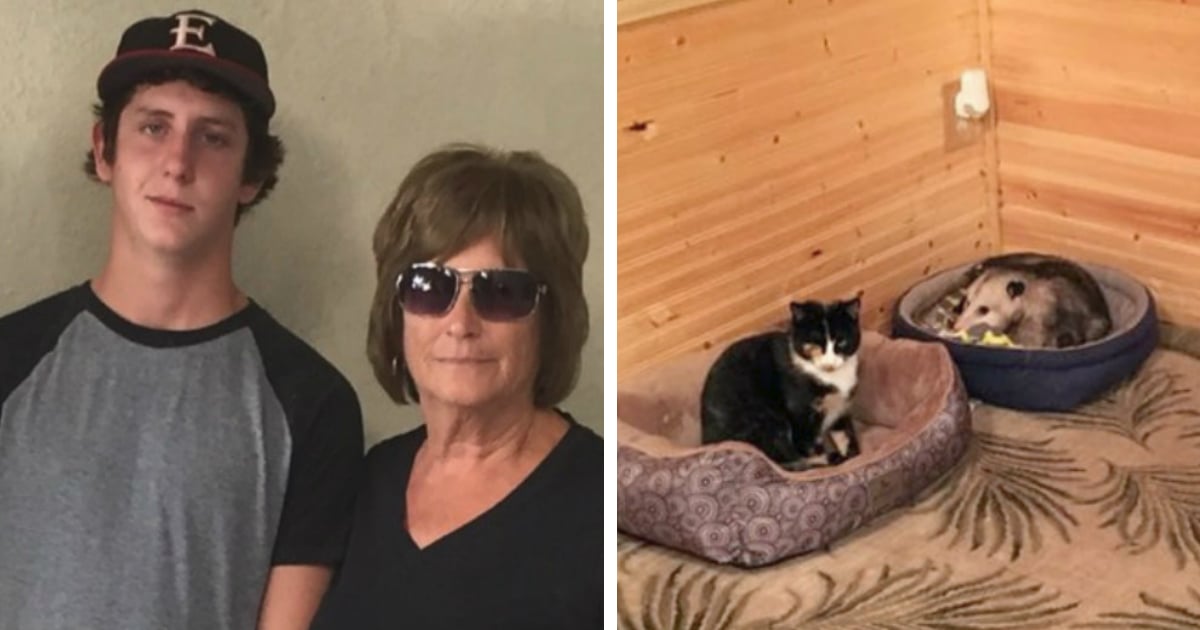 As part of a class assignment, Lawren Galloway’s 14-year-old daughter, Olivia, came home with a robot baby programmed to act just like a newborn. And it wasn’t long before the teen was begging her mom for help!

Caring for a baby can be one of the most rewarding experiences ever. But every parent knows it’s also really, really hard work.

RELATED: Teacher Removed All Desks From The Classroom To Teach A Valuable Lesson

But simply telling a teenager something rarely works. That’s why high schools have been looking for clever ways to help students experience what it’s really like to take care of a newborn.

It used to be, teachers would have their students pretend a bag of flour or an egg was their baby. But thanks to modern technology, electronic robot babies now give teens a much more authentic experience!

As part of a parenting class, Olivia’s teacher assigned her a robotic infant programmed to simulate all the demands of a typical newborn. Olivia named him William.

Olivia must feed, burp, rock, and change William. He will get fussy, and, just like a real newborn, wakes up at all hours of the night crying. And sensors inside the robot record Olivia’s response times and even measure how she holds her electronic child.

Olivia’s mom, Lawren Galloway (38), has three other children in the house. The youngest is baby Violet, who was just three weeks old during Olivia’s class assignment.

“You would think that with all of her siblings that (Olivia) would have some kind of clue,” Lawren said. “But she was completely clueless. Just because a child grows up with siblings, it doesn’t mean they’re ready for parenthood at all.”

And Olivia quickly learned just how unprepared she is for motherhood!

“It was horrible,” the 14-year-old girl said. “Sometimes I would just be crying in the middle of the night because it would not stop (crying).”

And it wasn’t just at night. Lawren recalls how, just as the family was sitting down to a big dinner on Sunday, little William started wailing.

RELATED: Comedian Jeff Allen On Why Teenagers Are God's Revenge

“I’m telling you, it’s like it knew that Olivia was sitting down to have her dinner,” Lawren said. “She had to microwave her dinner three or four times because she had to feed the baby or burp the baby or rock the baby.”

Olivia also discovered that it’s not just the crying that makes newborns so tough.

“It also would not burp!” she said. “It takes like 40 minutes of just hitting it in the back to get it to burp. Then it finally burps, and then 10 minutes later it wants to do the whole thing over again. I’m so tired.”

Eventually, William’s non-stop demands wore Olivia down. So, she wandered into her mom’s room early one morning looking for sympathy.

At 14, Olivia is the oldest of Lawren’s children. And Lawren is in the process right now of raising her fourth baby. So, her response to Olivia’s plea for help likely isn’t what her daughter was expecting!

“My favorite moment so far is when she came into my room last night around 3 am,” Lawren Galloway posted on social media. “She was crying real tears while feeding him his bottle. She was begging me to help her because she just wanted to get some sleep. Yeah, no.”

Lawren basically told Olivia, you’re on your own!

“The baby and the robot were crying in unison that night,” Lawren explained. “Then (Olivia) kept coming in the room and she had moments where she was crying out of exhaustion.”

It’s safe to say Olivia got a taste of what real motherhood is like. But it’s a good thing this was just a trial run. As it turns out, Olivia actually failed the assignment with little William!

“It turns out I broke its neck seven times,” she said. “I have no clue how — I thought I did so well. I took care of that baby.”

Not to worry. The 14-year-old begged her teacher for another chance and soon came home with a new robot baby named John.

“She took it a bit more seriously this time,” Lawren said. “She got used to how often it wants to eat, and she was ready with the diapers.”

And even though Olivia aced the test the second time around, she’s in no hurry to have a baby.

“I don’t ever want to have kids because of that thing,” she said.

I’m sure she’ll change her mind in the future. But Olivia certainly learned a valuable lesson from this assignment. I wish all teenagers could take this class!

YOU MAY ALSO LIKE: Fed Up Dad Gets Creative To Punish Rude Son For Slamming Door