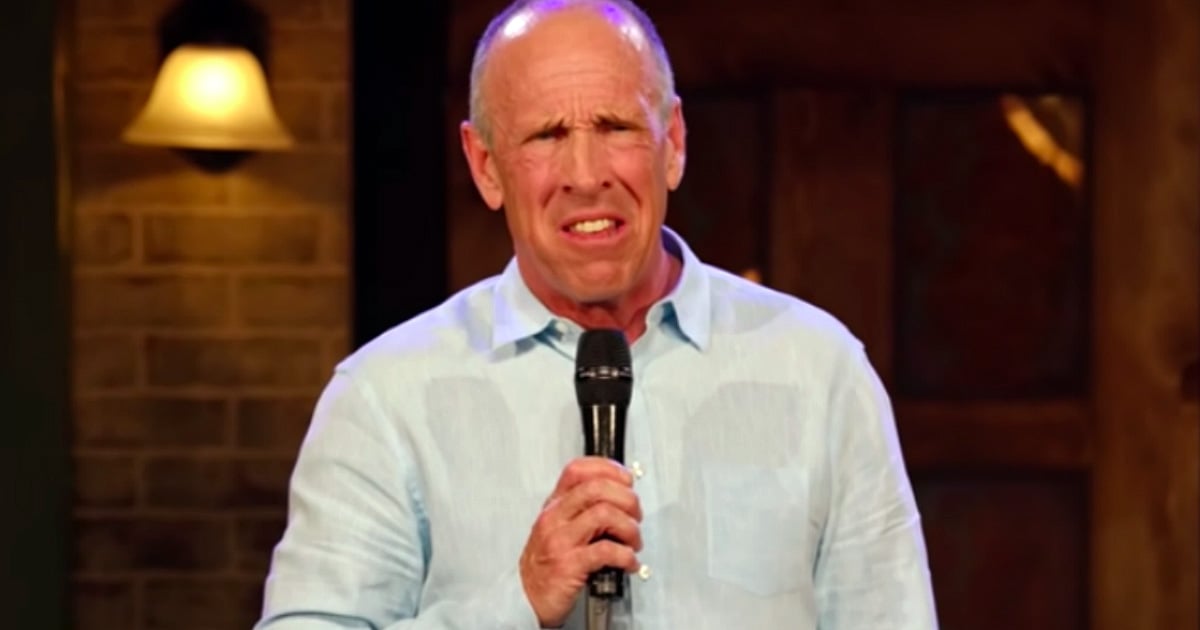 In this funny but inspirational short story, a Kansas grandma thinks an opossum is a stray cat until her grandson, Eric Hertlein, reveals the rescue pet’s true identity!

Not everyone sees animals as part of God’s creation, deserving of love and respect. But for some folks, that’s all they see. And Eric Hertlein’s grandma is clearly one of those people!

This sweet lady has a heart for animals. In fact, she has even set her enclosed porch up as a sort of refuge for a few of the stray cats in the neighborhood. She’s got food, water, and soft beds all around the room.

So, when a new “stray” showed up outside her Kansas home, Grandma pegged it as another kitty in need. She had no idea of the creature’s true identity!

When Eric Hertlein dropped in to see his grandma, he couldn’t help but notice her newest addition. But he was utterly shocked to see a wild animal all snuggled up in one of the cat’s beds.

Eric thought the creature had snuck in and started to panic a bit. But his grandma couldn’t understand why her grandson was so worked up. She explained how the animal she’d named “Tete” had been coming around for awhile.

And that’s when it hit Eric — Grandma thinks this opossum is another one of her cats!

“I laughed for a good five minutes,” Eric said. “She didn't realize what I was laughing about until I started pointing out the pointy nose and skinny tail. She didn’t realize he wasn’t a cat.”

Once her grandson exposed Tete’s true identity, Grandma revealed just how big her heart is.

“She kinda just sat there,” Eric recalled. “Then she got a little closer … and slowly looked up at me with the biggest grin on her face.”

“Well, he hasn't bothered me yet, so I'm OK with him being here!” Eric’s grandma told him. 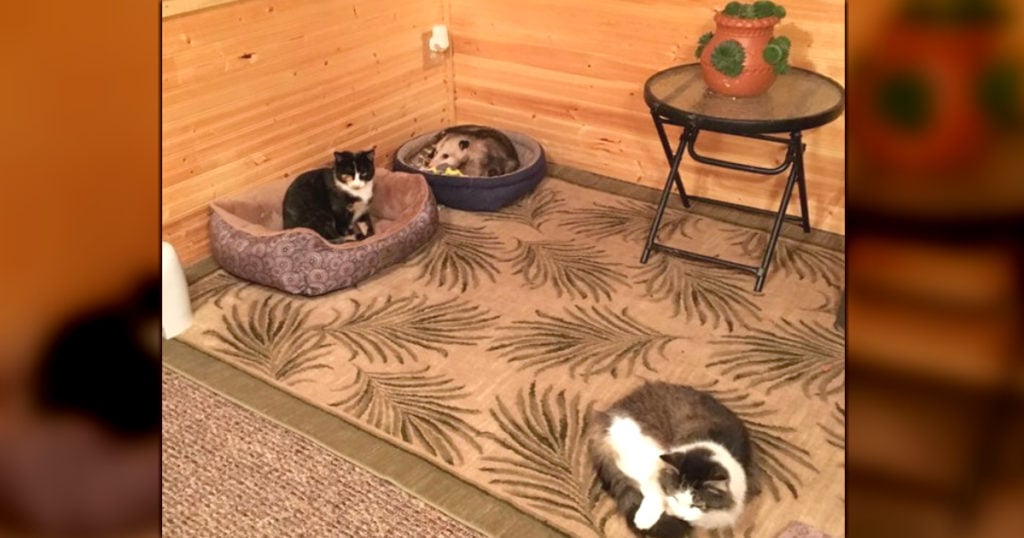 Inspiration To Look With Love

No one knows exactly how the opossum wound up with Grandma’s usual pack of strays. Most likely he was abandoned. And Eric learned the opossum was just a baby when Grandma first took him in.

She thought he was a kitten and welcome the little guy with open arms. What’s crazy is, so did the other cats!

But this Grandma’s compassion for all creatures, big and small, is what takes this story from funny to inspirational. With something as simple as caring for an abandoned opossum, she’s inspiring her grandson to open his heart, as well.

“She loves animals and taking care of them whenever she can,” Eric said. “It kind of just motivates you to do better and treat other beings better too.”

Be sure to share this story with anyone who could use a chuckle!

Do you have any stories of mistaken animal identities? Here are a few of our favorites:

YOU MAY ALSO LIKE: Severe Mange Left This Bear Practically Unrecognizable Until Angels Stepped In