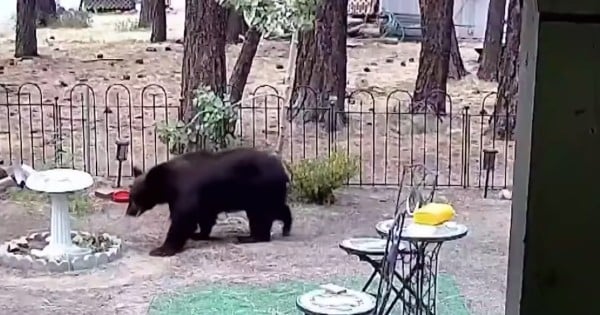 After fostering a dog from a shelter, one boy decided to sneak in some sweet notes in the dog's file for her future family to read. How heartwarming is that!

RELATED: Mom Hears Meow Over The Phone And Instantly Knows It Belongs To Cat Missing For 8 Months

Roman Duncan is a six-year-old who has a strong love of dogs. Along with his family, he helped foster a pit bull mix puppy named Maggie from North Shore Animal League America.

Maggie was rescued as a young puppy and needed a comfortable foster home to live in until she was old enough to be adopted. That is where the Duncan family comes in! Maggie was able to spend her formative months with six-year-old Duncan and his parents, and the little boy and the pup quickly developed a close bond. But Duncan's parents made it clear to him that Maggie was not going to live with them permanently. They would only be taking care of her until it was time for her to go find her forever family.

After Fostering a Dog from a Shelter, Boy’s Heartfelt Note Goes Viral

As a way to cope with saying goodbye to Maggie, Duncan ended up writing letters to Maggie's future family. He let them know in his letters how wonderful of a dog Maggie is, how "Maggie is the best dog you could ask for.”

Then Duncan slipped his letters into Maggie's paperwork as she was leaving to be transported to a shelter in Port Washington, New York. When the Animal League America rescue team saw Duncan's letters in Maggie's file, they were touched. And they made sure that Maggie's forever family would get to read the sweet notes themselves.

YOU MAY ALSO LIKE: Man Sold His Home To Send Granddaughter To School So Strangers Step In

What a sweet story about a boy and his love for a wonderful dog! And North Shore Animal League America is hoping that it inspires other families to try fostering pets.