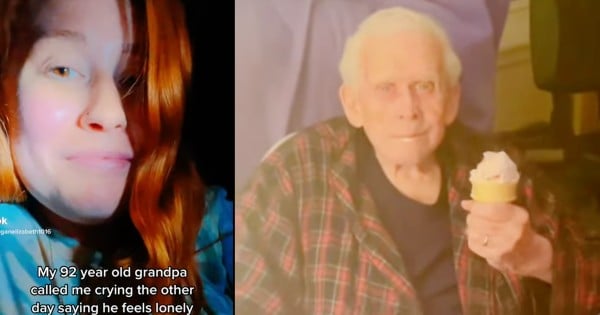 Steve Hartman introduces us to a sailor, the romantic love song for his wife he wrote long ago, and the grandson who brought that love song to life decades after it was written! This is a story that will restore your belief in love and romance!

Meet Mort and Susan Block, married for 61 years and so young-looking, they must have married at age five! Mort and Susan of Kennett Square, Pennsylvania, shared a first date before Mort went off to sea, a sailor stationed on the destroyer "Hazelwood."

RELATED: Couple Reunited After 50 Years Then Hunted For The Child They Put Up For Adoption So Long Ago

Mort describes how he'd fallen hard for Susan. Susan, on the other hand, didn't see the relationship lasting. Mort missed Susan terribly and wrote a romantic song for her while aboard the warship. He titled his song "My Love." That song must have struck a chord in Susan's heart because they eventually married. But, the song landed in a drawer for several decades.

Mort explains that years after writing the romantic song for his wife, Susan, their grandson Matt found the sheet music and it intrigued him. Matt works in music, and, when he shared the song with peers, they were as excited as he had been upon discovering it. With the help of some talented musicians, they recorded the song!

"My Love" is reminiscent of a bygone era, but it resonated with today's listeners, having been played over a million times on social media. As the video continues, "My Love" plays behind glimpses of the early days of Mort and Susan's romance.

Mort was thrilled that the romantic song for his wife was so well received, and, now, an LP with his song and his face will be released in Fall 2022. The album is entitled Strange Harbor.

Mort and Susan look to be going strong, a beautiful couple in the 60's and a beautiful pair 60 years later. Unions like theirs are special examples-not only to those who love them, but to those who get to love them from a distance!

YOU MAY ALSO LIKE: Son Awed As 81-Year-Old Dad Suffering from Dementia ‘Comes Alive' Conducting Symphony