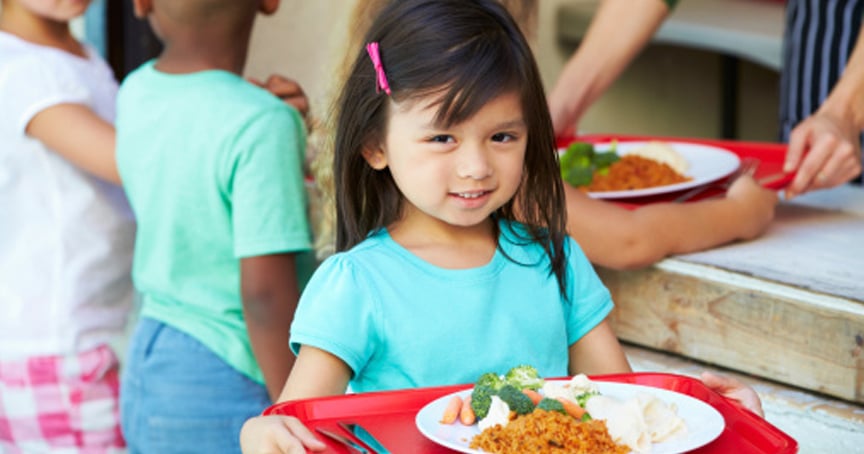 Photographer Nicholas Nixon has been taking the same photo of 4 sisters for over 4 decades. And watching these siblings grow year after year is utterly captivating!

Nicholas was 26 and the year was 1974 when he snapped the first photo of 4 sisters. He picked up his camera to take a snapshot of his wife, Bebe (née Brown), who was 25 at the time, with her siblings Heather (23), Mimi (15), and Laurie (21). But he was unhappy with how the photo turned out, so he threw the negative away.

In 1975, he tried again. And then the now-infamous portrait quickly became an annual tradition.

RELATED: Couple Climbed Into A Photo Booth 17 Years Ago And Keep Going Back 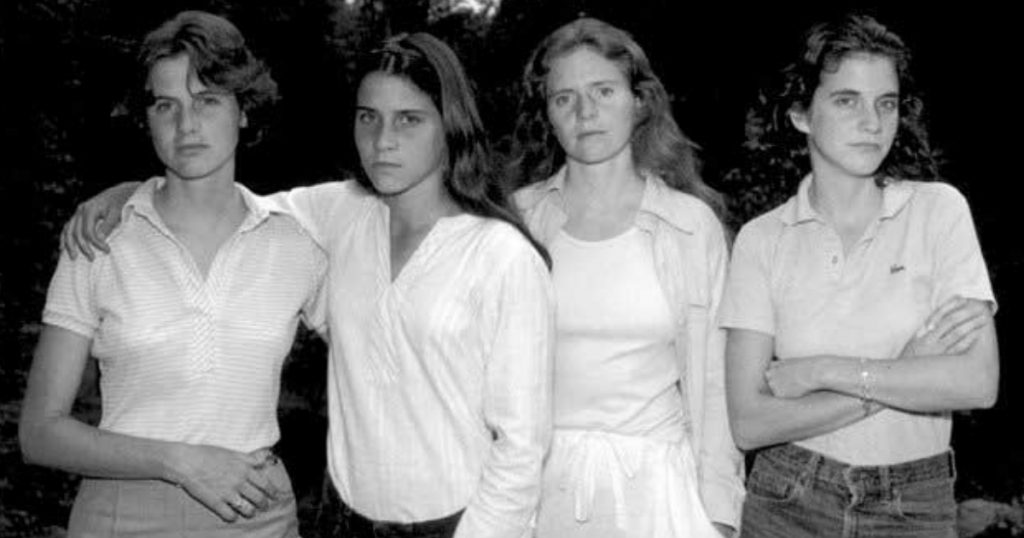 Nicolas snapped another photo of 4 sisters a year later when Laurie graduated from college. And from there, Bebe and her sisters agreed to pose together in the same order annually for a single photo to represent themselves each year. 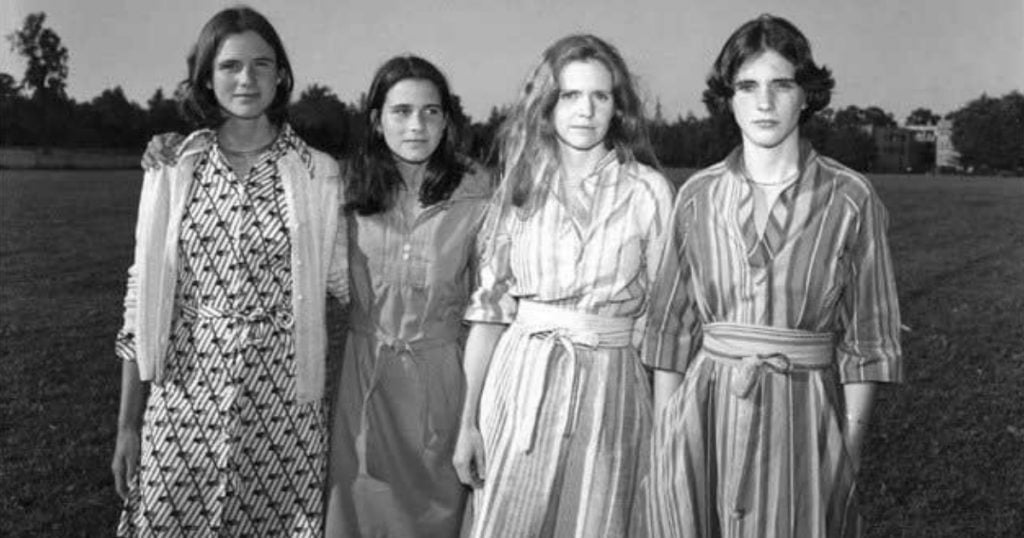 The Museum of Modern Art in New York displayed the full series back in 2014 to coincide with the release of the museum’s book, The Brown Sisters: Forty Years. But since then, Nicolas has continued taking annual snapshots, and just released the 43rd image in the series. 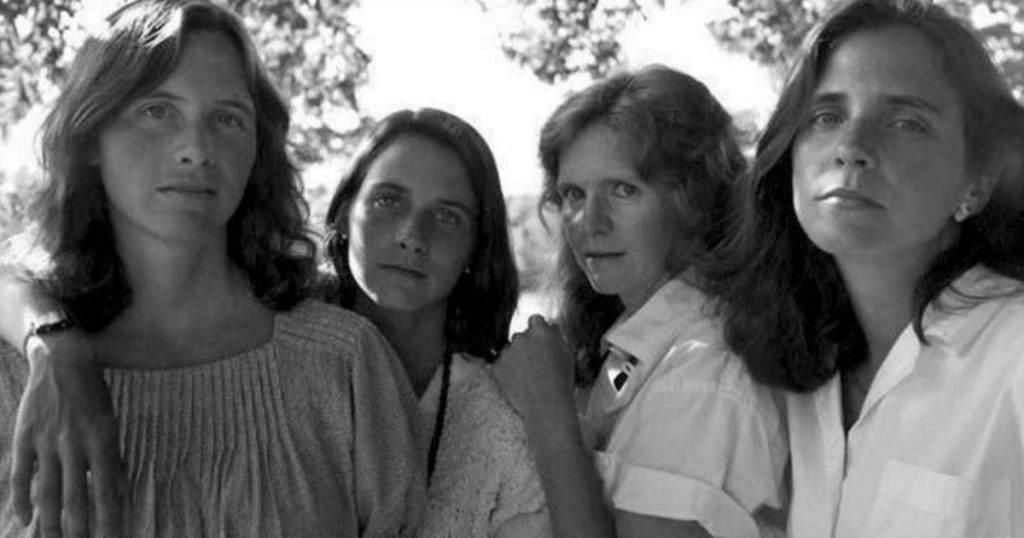 Behind each picture lurks a year’s worth of stories. But don’t expect Nicholas to supply you with a lot of detail other than the image. Other than a few interviews with museums who feature his work, (seen below) he mostly keeps quiet about what’s going on behind the scenes, bringing a tantalizing element of mystery to each portrait.

"The world is infinitely more interesting than any of my opinions about it," he said. 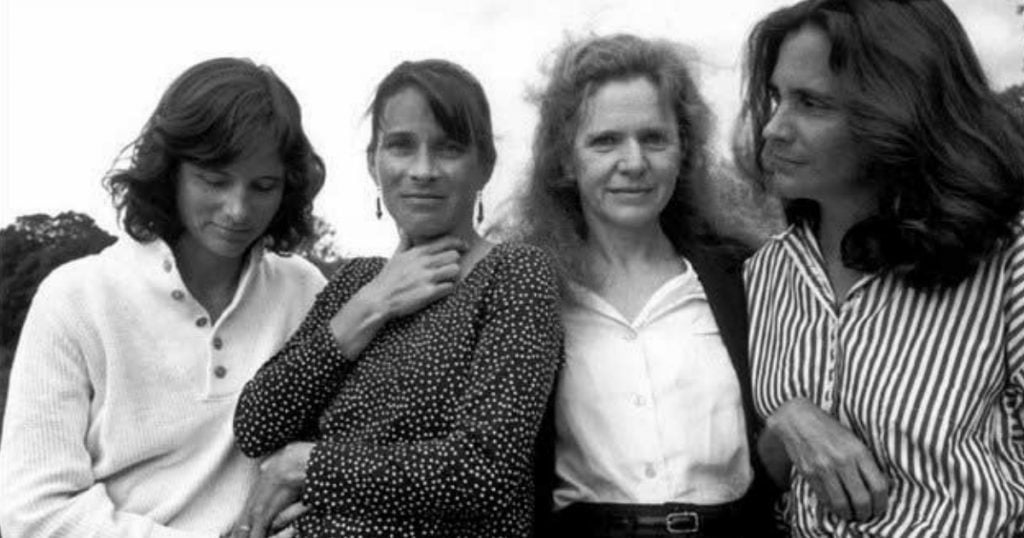 Nicolas chooses to use a large format camera instead of the smaller 35mm camera that most professional photographers switched to decades ago.

When asked why, he explained, “When photography went to the small camera and quick takes, it showed thinner and thinner slices of time, [unlike] early photography where time seemed non-changing. I like greater chunks, myself.” 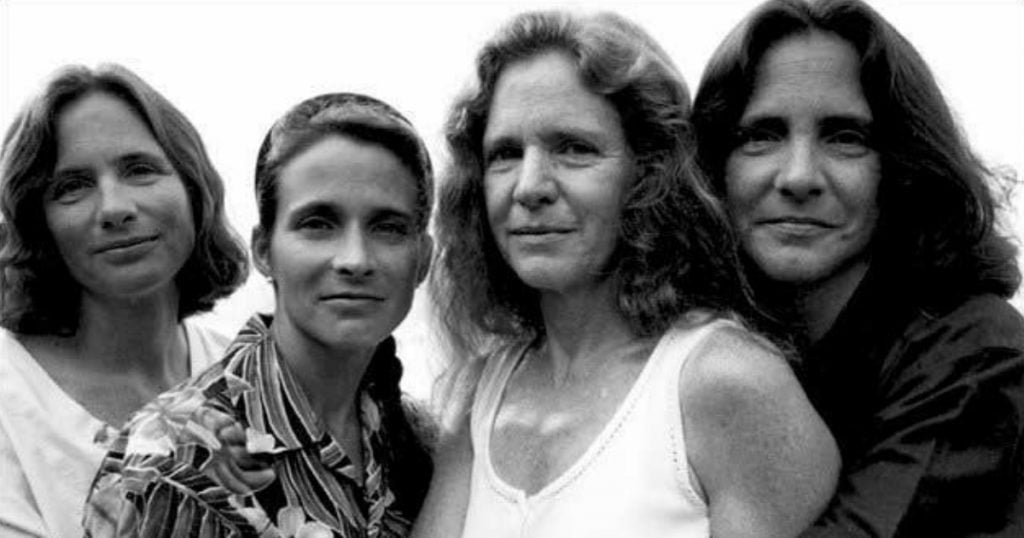 We all know how much can happen in a year and how easy it is to let life get in the way. Yet, year after year the sisters continue to gather for their annual photo. The commitment in that alone is remarkable.

But what’s most intriguing about the photo series is how boldly it documents these 4 lovely ladies doing something Hollywood tries so hard to erase — aging. 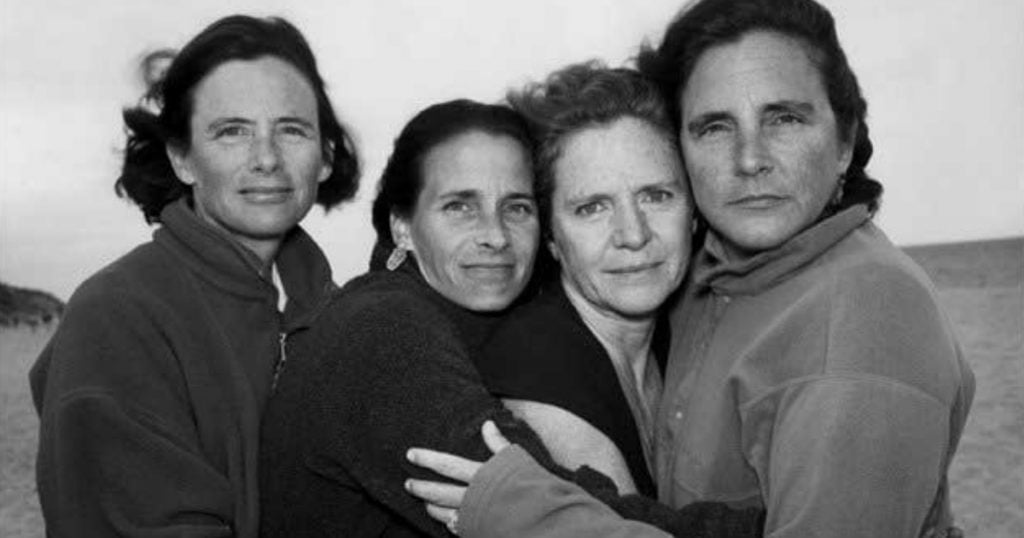 Nowadays, we’re bombarded with images of women who’ve been done up then airbrushed, photoshopped and edited to erase any sign of “imperfection” such as aging. And yet, growing older is exactly how God designed our bodies.

RELATED: 15 Times Dogs Recreated Photos from When They Were Puppies

Nothing in this world was ever designed to be permanent. Our time here is temporary. And as believers, that knowledge is exciting. Rather than cling to this world, we are to anticipate the everlasting rewards God has planned for us in the afterlife. 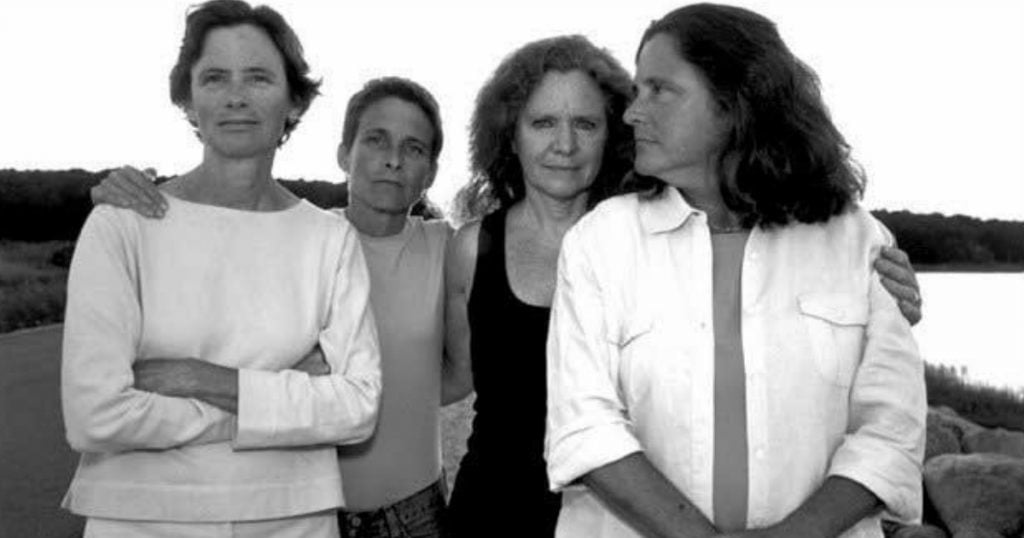 Too often we look in the mirror and feel dissatisfied with what we see. Aging seems scary and we look for ways to delay its effect. But that’s because we’re comparing ourselves to what the world says matters. 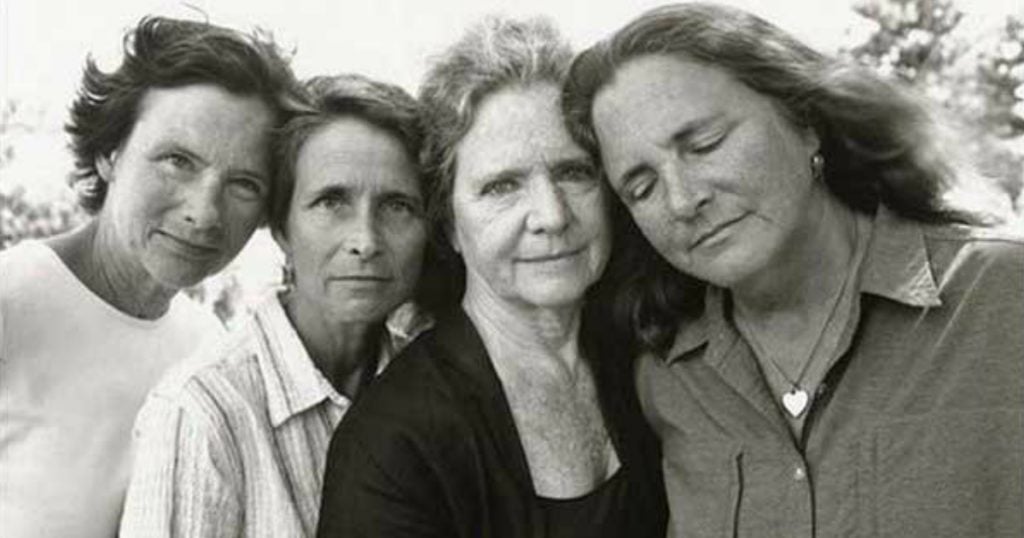 But God is the one who made us. He looks at us and loves us the same — year after year, decade after decade. 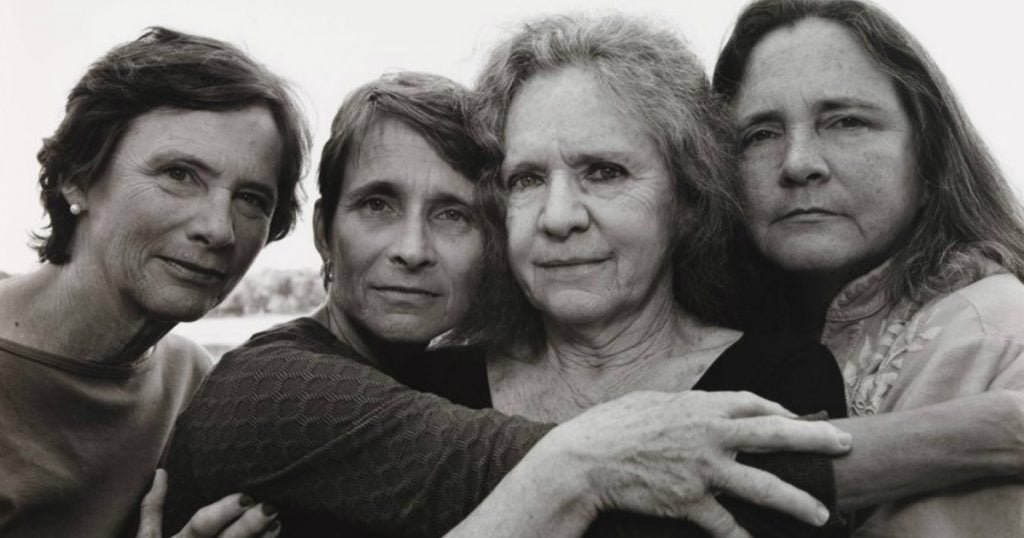 So, keep that in mind as you scroll through the decades with this small sampling of the 43 photos of these 4 beautiful sisters. 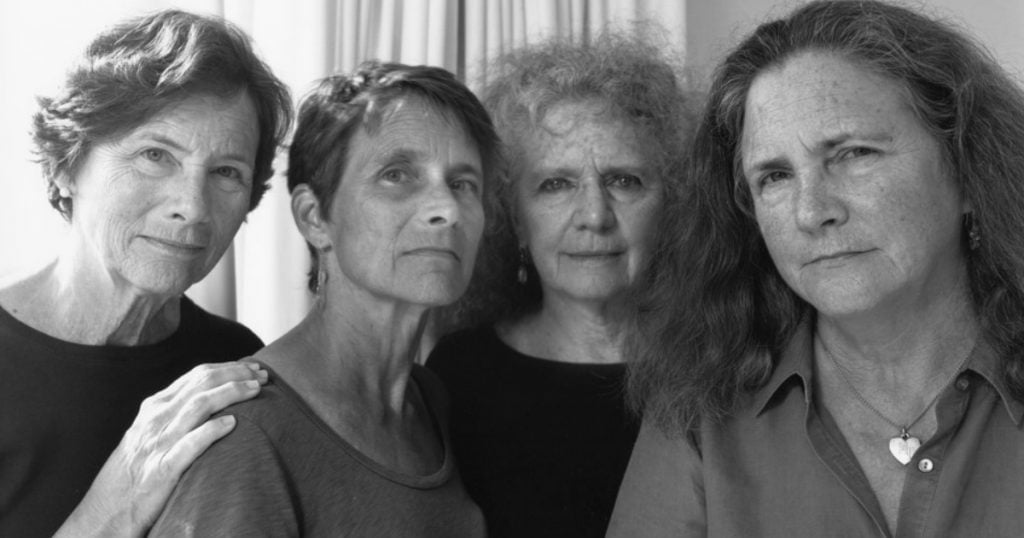 WATCH: Nicholas Nixon on Sisters and His Latest Project

YOU MAY ALSO LIKE: He And His Son Took The Same Photo For 27 Years, Until The Last One