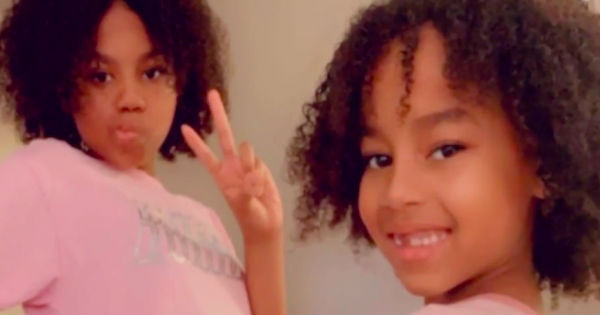 Actress Christina Applegate Hears Of 2 Sisters In Dire Need, Then Champions To Save Their Lives
Read Article »

A teenager took a selfie every day for 10 years and edited them all together in a video. And seeing him transform into a man right before your eyes is downright mesmerizing!

Although we may not immediately notice the subtle changes in a person's day to day appearance, people sure can change a lot in ten years. At 14 years old, Niall Gray decided to take this phenomenon to the extreme. By taking a picture of himself every single day for ten years straight. One selfie every day.

What started as a way to play with the camera on his laptop soon became a part of Niall's daily routine. And ten years later Niall had his transformation from teenager to adult documented in a time-lapse animation.

From one frame to the next, the change in appearance is minimal. A change in hair, clothes, and background may really be the only recognizable differences. Niall notes that you can see an increase in the picture quality as he upgraded his camera over the years. And he even mentions having to ask his buddies to get out of the background when he was on vacation.

But as the video continues, you can see a gradual shift in facial structure, fashion changes, and perhaps even changes in demeanor as the young man matures from teen to young adult.

Seeing the drastic contrast between day-to-day changes and long term changes makes an impactful statement. Appreciate those around you, and don’t underestimate anyone’s ability to grow.

YOU MAY ALSO LIKE: 2 Kids Sledding Fly Right Into Icy Pond And That's When 5 Boy Scouts Jump Into Action

“To put off your old self, which belongs to your former manner of life and is corrupt through deceitful desires, and to be renewed in the spirit of your minds, and to put on the new self, created after the likeness of God in true righteousness and holiness.” Ephesians 4:22-24