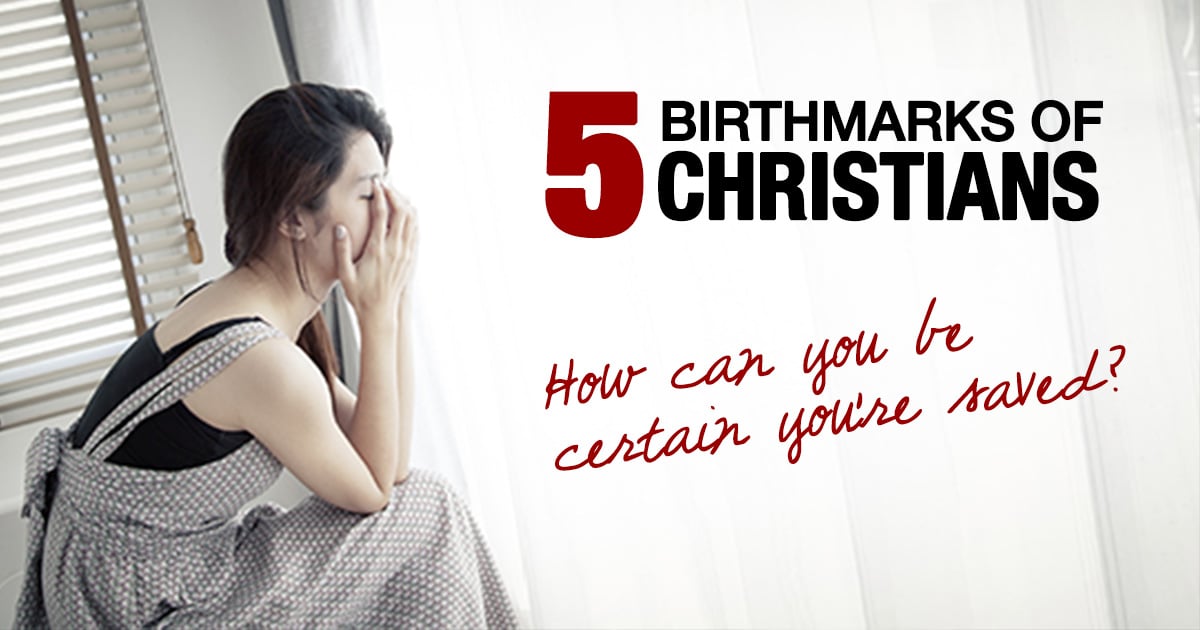 5 Birthmarks Of Christians: How To Be Sure Of Your Salvation
Read Article »

Should Christians drink? It’s a question that usually sparks a lot of controversy and I’ve heard arguments for both sides of the debate. I came across this crosswalk.com article by Joel Engle, and just wanted to share. At the end, be sure and tell us what you think . . . should Christians drink alcohol?

Is it a sin for a Christian to have a drink of alcohol?

It is an important question for our time. Millions and millions of Americans have been brutalized and devastated by the abuse of alcohol. I have had to deal as a minister with the shattered lives that occurred through the addiction and abuse of alcohol. This is not just an American issue but I live here so I will talk about what I know.

I am going to make some preliminary remarks and then do my best to back them up with the Scriptures and reason.

His first miracle was turning water into wine. I have heard many pastors that I respect go to great lengths to demonstrate that the wine that Jesus made was basically non-alcoholic. They talk about how the distilling of alcohol didn't really happen until centuries later.

Problem: People got drunk in the Bible. There was such a thing as "strong drink" beginning in ancient times. Therefore, the argument that the wine that Jesus made was almost non-alcoholic seems farfetched to me and to most Bible scholars.

I don't think Jesus made wine to have a party or to even enjoy it. I think He did it to demonstrate his divinity. Nonetheless, I am sure the people enjoyed it.

2. There has been a HUGE paradigm shift in American Evangelicalism concerning drinking alcohol.

It is hard to believe that most pastors now advocate drinking in moderation compared to how I grew up. Abstinence was just about THE litmus test for sanctification! The party line was almost "We are godly because we don't drink!" That idea, although extreme, was a reality.

I think the reasoning behind it is simple: if you don't drink you won't ever have to worry about abusing alcohol. That is a decent argument. However, there has been a grace revolution in our thinking over the last 20 years. I think this paradigm is for the better but it opens up the can of debate that can lead to disunity. Sometimes debate is worth the possibility of disunity. Sometimes.

I love what John Piper said in a video I watched a while back. He intimated that although there is grace and "tee-totaling" is a choice not a law, as pastors we must not be cavalier in the advocacy of drinking alcohol.

I think there are way too many Christians that just blurt out a quick "yes" or "no" without really thinking through the complexities of this question. I used to be one of them.

I do NOT want to present the advocacy of drinking alcohol in a cavalier way. We live in a culture of addiction and abuse. Drunk driving, teenage alcoholism, child abuse stemming from drunk parents are HUGE issues. Moderate drinking CAN lead to alcoholism. It is a possibility so we must be extremely careful.

3. It is a sin to cause another person to stumble into addiction.

Romans 14:20 "Do not destroy the work of God for the sake of food. All food is clean, but it is wrong for a man to eat anything that causes someone else to stumble."

If a mature Christian's freedom causes a person to fall headlong into sin then it is wrong. This is not a warning for people who walk in grace to be stifled because they are worried about legalistic Christians criticizing them. This is a warning to make sure that we never destroy the work of Christ in a believer's life by abusing our freedom.

2. Is it wise to drink alcohol?

Not necessarily. For many, many people it is unwise to drink at all. A person's background, disposition and environment must be factored into this discussion.

Proverbs 20:1 "Wine is a mocker and beer a brawler; whoever is led astray by them is not wise."

What this passage means is that wine and beer are powerful and one must not be led astray. The fact that one could be led astray by these liquid entities should give every Christian a heart check.

I have heard often people comparing overeating to overdrinking. Here is the difference: if you go to Cracker Barrel and eat 6000 calories of saturated fat you are not likely to get pulled over by the police because of your fat saturation level. You are not likely to drive into a mini-van and kill a whole family because of it.

There is the possibility that you may have gastrointestinal issues that cause the people in your vehicle to vomit but you won't be going to jail for manslaughter. You are just guilty of air-quality slaughter.

3. Is it unwise to drink alcohol?

Not necessarily. A Christian can enjoy a glass of wine or a glass of beer and it not cause havoc in the world. Here are a few verses that my super-fundamentalist pastors never preached on when I was growing up.

Psalm 104:14–15 "You cause the grass to grow for the livestock and plants for man to cultivate, that he may bring forth food from the earth 15 and wine to gladden the heart of man, oil to make his face shine and bread to strengthen man's heart."

Ecclesiastes 9:7 "Go, eat your bread with joy, and drink your wine with a merry heart, for God has already approved what you do."

Isaiah 62:8–9 "The Lord has sworn by his right hand and by his mighty arm: "I will not again give your grain to be food for your enemies, and foreigners shall not drink your wine for which you have labored; but those who garner it shall eat it and praise the Lord, and those who gather it shall drink it in the courts of my sanctuary."

4. Is it a sin for a Christian to drink in public?

I think the correct answer to this question is going to be found in the context of each unique situation.

If, by drinking a glass of wine, a Christian selfishly causes a weaker Christian (a former addict or one who may have an over proclivity to become one) then the answer is yes. Don't guess and don't go there would be my strong recommendation.

If a Christian is sitting down to a nice dinner with their spouse or friends and has no fear or guilt about drinking a glass of wine but has faith that God has given them freedom to do so then the answer is yes.

Romans 14:22-23 "So whatever you believe about these things keep between yourself and God. Blessed is the man who does not condemn himself by what he approves. 23 But the man who has doubts is condemned if he eats, because his eating is not from faith; and everything that does not come from faith is sin."

I have not addressed every single issue on this subject but I have tried to give us a "helicopter ride" over this subject. The possibility of fallout is okay with me because I really believe that a pastor must dive into the complex issues of our time with honest questions and thoughtful answers.
[interaction id=”55db7743352977a31c4a7328″]

Joel Engle is a church-planter who pastors The Exchange Church in the D/FW Metroplex. He is the author of The Exchange, The Father I Never Had, and has written several top 10 songs in Christian music. He married to Valerie and has 4 perfectly amazing children. Joel’s latest CD is titled The Great Exchange and is available at joelengle.com, iTunes, and Amazon.