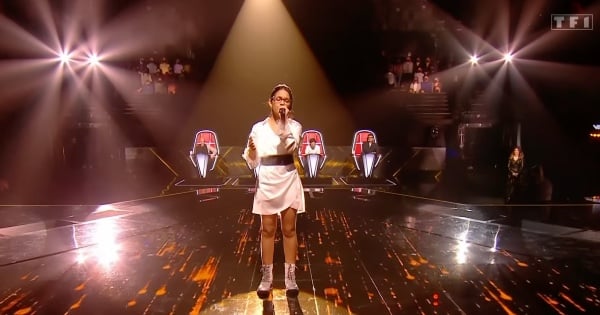 Esther and Ezekiel Muteesasira love their mom and the siblings sing ‘You Are The Reason’ as a touching tribute to her on Canada’s Got Talent.

Released in November 2017, "You Are the Reason" might be a song about a lover, a spouse, a child, or a friend. However, brother-and-sister duo Esther and Ezekiel Muteesasira sing the song on CGT, especially for their gorgeous mother!

"You Are the Reason" was recorded by English singer Calum Scott, who filmed a video for the song in Kyiv, Ukraine, which looks strikingly different from what it might today. Esther and Ezekiel are Ugandan, and they now live in Canada with their mother. That's an international set of circumstances for a song that is understood in every language and in every country!

Here are a few lines from the song the siblings sing for their mom:

And fix what I’ve broken”

Esther and Ezekiel, 17 and 13, respectively, are coordinated in sparkling dark green and black. They enter from the opposite sides of the smoky stage, looking and sounding far older than their ages. Their notes are rich and strong and beautiful.

RELATED: Brother And Sister Sing ‘The Prayer' By Celine Dion At Wedding And Their Version Wows Everyone

And, there's no fighting or discord between these siblings as they sing; their voices are wonderfully in sync, complimenting one another in the most harmonious ways!

Siblings Sing And Blow Judges Away

The two cross one another and climb the stairs at the middle of the stage in choreographed steps, seeming to move Heavenward with each one! The judges sit somber, watching the teens in what appears to be awe and admiration.

Lilly shakes her head, and Howie and guest judge Jason Priestly study the two talents. Then, at 2:32 in the video, a photo pops up behind the kids. And, it's them with Mom!

The judges now know who these siblings sing about! There is more head shaking, a pair of watery eyes, and a smile from Howie. The Muteesasira singers are inspiring, and the judges love them!

Esther and Ezekiel's mother is a gospel singer; their father is a pastor. For five years, Esther and Ezekiel were apart from their mother, who they love tremendously. They share that story in this ET Canada article.

"Honor your father and your mother so that you may live long in the land the Lord your God is giving you." Exodus 20:12

WATCH: Siblings Sing ‘You Are The Reason’ As Tribute To Mom