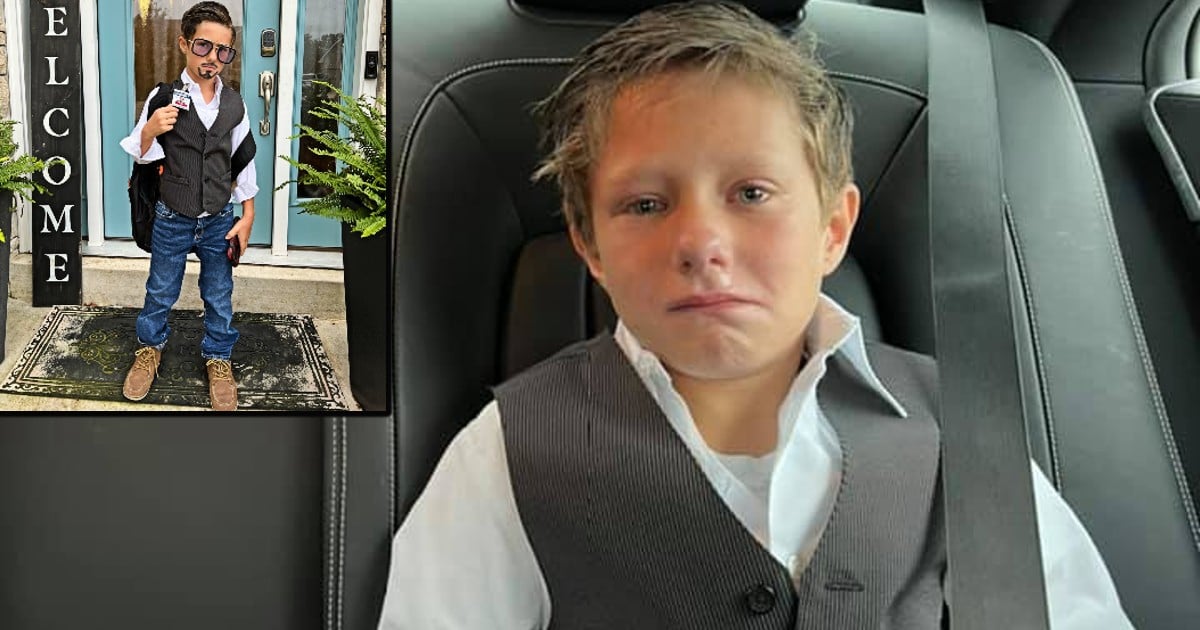 When singer Marc Anthony spotted a father and his blind son dancing at a concert, he didn’t hesitate to venture into the crowd for a special moment the family will never forget!

Johnny Rivera, Jr was born blind and his father surprised his son with a special gift for his 16th birthday! A chance to listen to his favorite musical artist, Marc Anthony in person.

But, that's not all that happens for this boy's memorable day. Even though Johnny Jr and his father were among a crowd of 20,000 people, the father-son duo captured Marc's attention. The Latin superstar saw both father and son expressing the pure joy of being in the moment. So, he decided to join them!

At the time when they caught the super star's attention, singer Marc Anthony was in the middle of singing ‘Live My Life.’ Then he noticed Johnny Jr singing and dancing along with the words, “Why cry? Why suffer? Start to dream, to laugh.”

Marc's heart was moved by their exuberance. And he asked a security guard to assist him off the stage to meet them.

Johnny's father then told his son that Marc was coming to meet them in the middle of the song. He said, “We were dancing and Marc Anthony saw him there; he came down to sing and dance with him.” His father added, “I told him: ‘John, Marc Anthony is here with you and he's going to touch you right now.' When I gave him (Marc’s) hand, he touched him."

This moment was definitely orchestrated by God to be a gift not only for Johnny and his father but also for the Latin superstar. Words written to music definitely bring people together for all sorts of reasons. And for these three men, it was a moment captured in time as a reminder to laugh, to dance, and savor each day.

Johnny and his father will look back at the big birthday celebration, retelling the moment when the singer Marc Anthony came to meet them for years to come. What an incredibly special memory to share!

YOU MAY ALSO LIKE: Singer TobyMac Takes a Moment at Concert to Talk about Losing his Son, Truett, and It's Powerful