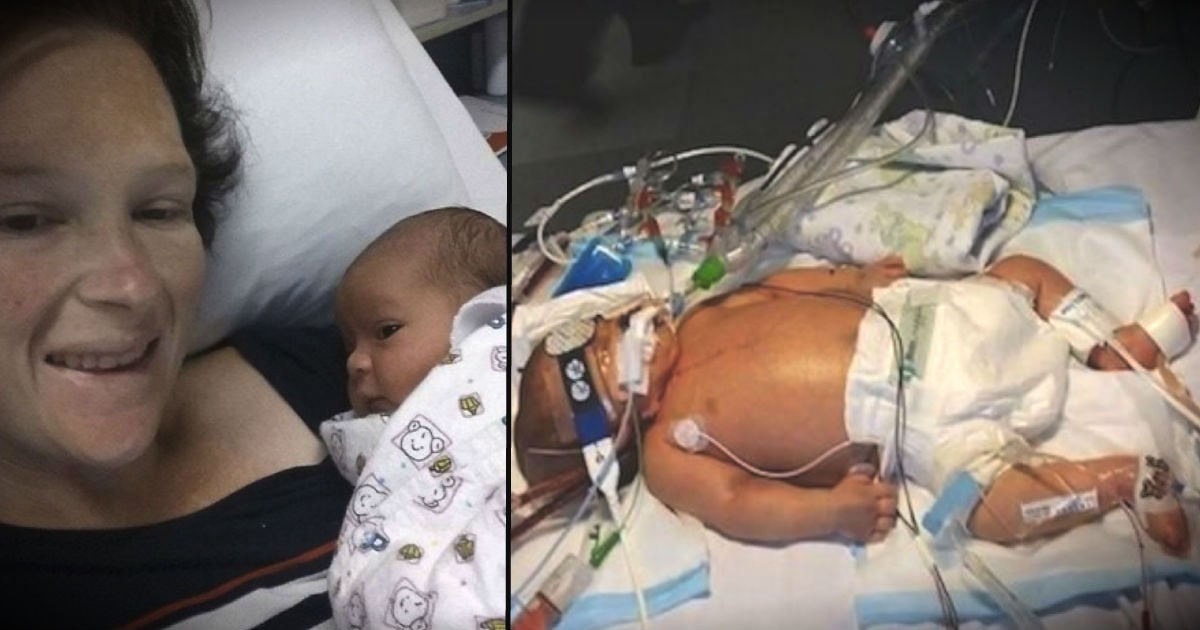 After A Kiss Killed Their Baby, They Are Warning Parents Everywhere
Read Article »

The Dangers Of Tanning

The Bible warns that we should not conform to this world, and for good reason. Vanity is something the world regularly pushes. But trying to achieve the worldly view of beauty can quickly lead down a dangerous path. For one woman, it was extremely costly. For another, it was deadly. And both women have shared their stories in the hopes to save others from this all too common danger. 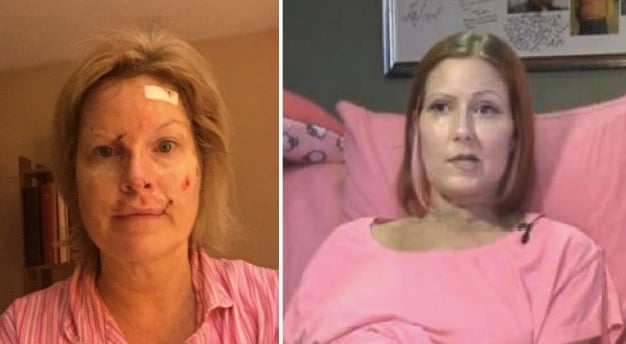 Ashley Trenner was a friendly, sweet and naturally beautiful young lady. However, like so many, the pressure that exists on physical appearance left her feeling self-conscious, especially of her pale skin. And so, during high school, she began tanning.

From there, her visits to the tanning bed became an addiction and only grew in frequency in order to keep a year-round tan in the rainy state of Washington where she lived. It got so bad that Ashley’s mom actually begged her to stop, but Ashley refused. 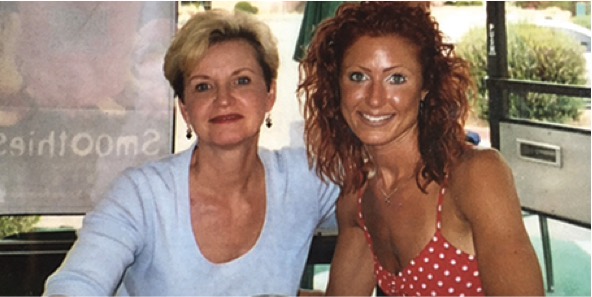 For 15 years, Ashley visited the tanning bed several times a week, pouring her money into an attempt at achieving what she was convinced was the ideal image. She operated under the assumption that she was invincible — that she would never get skin cancer. She still wasn’t worried when a benign lesion showed up. She had it removed and went on with her tanning regimen.

When the lesion returned, she just dismissed it until it grew large and painful enough that she could no longer ignore it. At age 33, Ashley was diagnosed with melanoma.

Ashley went through several grueling cancer treatments which worked. . .for a time. 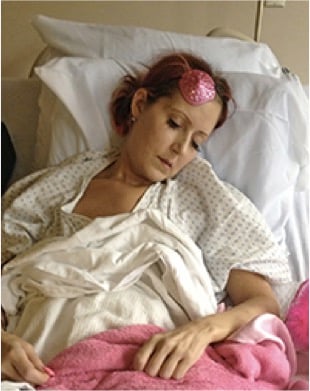 But the cancer kept coming back, and Ashley continued with intense treatment after intense treatment — experimental drugs, surgeries, chemotherapy and so on. It was a hard fought battle, but as her condition worsened and the outlook became grave, Ashley made it her mission to try to prevent others from making her same mistakes.

“I didn't listen when I was warned about the dangers of tanning beds and not using sunscreen,” she wrote on a friend's blog in May 2011.

Ashley’s faith helped her face her looming death with grace and with purpose. She recognized that God was using the terrible disease to mend relationships in her life, as well as to help her to make a difference in the lives of other young women who struggled with the same insecurities that had driven her into her tanning addiction.

RELATED: Crash victim warns others of the common mistake that changed her life forever

In her final days, Ashley allowed a local news station to interview her from her hospital bed about the dangerous decisions that had put her there. Despite the havoc the cancer had wreaked on her body — the left side of her face paralyzed from the tumors — Ashley was beautifully courageous as she faced the cameras and explained,

“I paid money to be in the position I'm in now. I literally paid to get this terrible disease that is killing me.”

You can watch King 5’s news story on Ashley in the video below:

She was able to get some peace from the knowledge that her suffering had helped save others. After her story aired, she and her family were flooded with cards from people all over promising to stop tanning thanks to Ashley’s frank and candid interview. Not long afterwards, Ashley passed away peacefully, having accomplished her final wish.

“If there's one person's life I can affect, that's a beautiful gift I can give to somebody. I don't want them to end up like me, it's just not worth it.”

Now, Judy Cloud is picking up where Ashley left off. 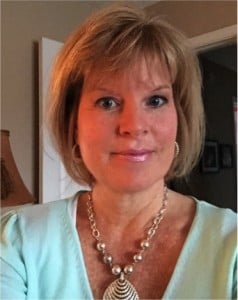 Like Ashley, Judy started tanning when she was young and trying to fit in.

“Tanning made you pretty. The pretty girls were the ones who were tanning. And I could never get a tan I had lighter skin. And looking back on it, it’s like that was really stupid,” Judy says.

In an effort to get the best tan possible, Judy shrugged off sunscreen and spent plenty of time in the sun or in the tanning bed. By 28, she was diagnosed with skin cancer. She’s been battling the disease privately for 20 years, but recently took to Facebook to share the startling truth about just how much that “perfect tan” can cost you.

“Because I see too many girls who are tanned year round and I know what they’re doing to their skin,” she says.

In Judy’s Facebook album titled “Skin Cancer,” she shares the very real and very graphic results of her most recent surgery, where she had 23 places removed from head to toe. She explains how skin cancer can impact anyone, even those who already have naturally dark skin. She shares how this procedure alone cost her over $26,000, as well as how much numbness there is around her mouth and face — a numbness the doctor says could last for several months. 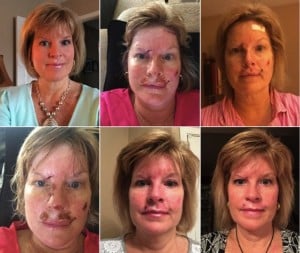 Like Ashley, Judy is hoping that her pictures will open other’s eyes to just how dangerous tanning beds and unprotected sun exposure is.

Since sharing her photos, Judy is delighted that her message has gone viral. And she’s already seen God at work. After a particularly upsetting followup visit to the dermatologist, Judy received a Facebook message from a complete stranger who’d seen her post. The stranger said God had prompted her to reach out to Judy and let her know she was praying for her. The following day, the upsetting news Judy had received was resolved and her prayers were answered!

Unfortunately, there are several commonly accepted myths that blind people, especially young women, to the dangers of tanning. Some of the general misconceptions include the idea that tanning beds are safer than the sun, that tanning itself is safe but it’s just sun burn that is dangerous, and that getting a “base tan” is safe. None of these beliefs are true. And thankfully, more women have been coming forward and sharing their stories to help debunk these myths.

Here are some suggestions from the American Cancer Society on how to protect yourself from dangerous UV exposure:

The idea that we must seek to drastically change our appearance at the risk of our well-being in order to conform to a standard of beauty is certainly a worldly view. It does not come from God, who loves us just as He created us. He does not want us to spend our time worrying about how we look, because God looks to our hearts to find true beauty!

Please be sure to share this story and let someone know that you love them just as God created them!

“Let your beauty be not just the outward adorning of braiding the hair, and of wearing jewels of gold, or of putting on fine clothing; but in the hidden person of the heart, in the incorruptible adornment of a gentle and quiet spirit, which is in the sight of God very precious.” 1 Peter 3:3-4

Ready for some more inspiration? Then hear why the woman dubbed “the ugliest woman alive” is thanking the bullies who gave her that name! (Seriously, she is incredible!) 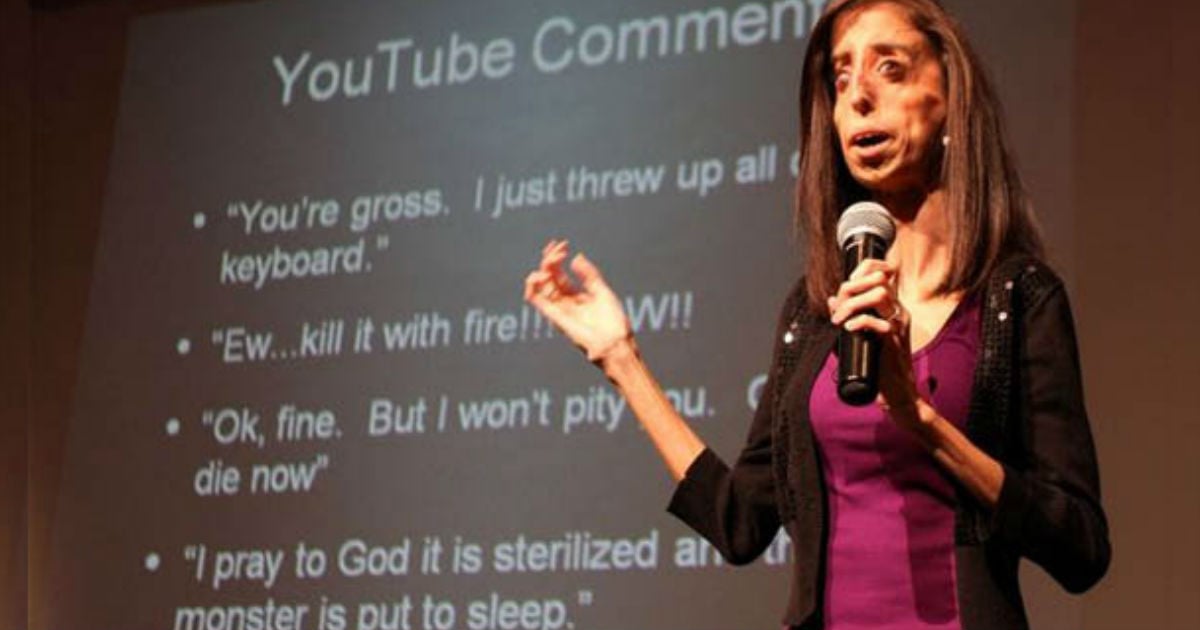