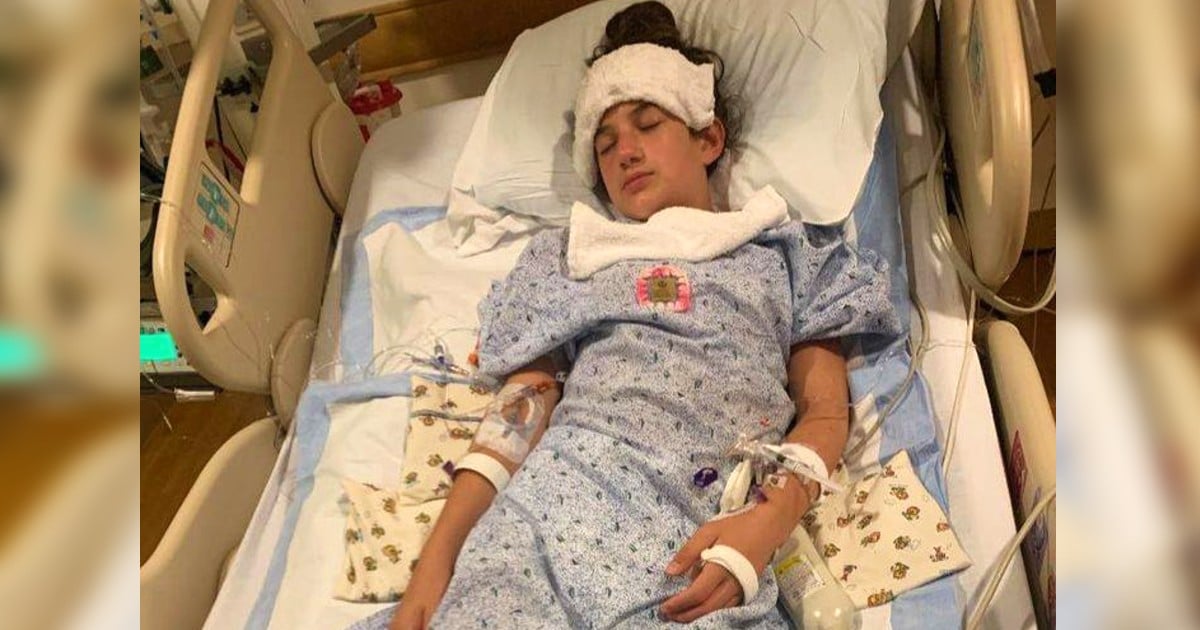 A skinned knee infection led to the unthinkable for three-year-old Beauden. And after their young son lost both of his legs, parents Juliana and Brian Baumkirchner are out to warn others!

It's a part of being a kid: you ride your bike, you fall down, you skin your knee. But Beauden Baumkirchner's skinned knee led to a completely different life after an infection led to both legs being amputated.

RELATED: Baby Lost Limbs To ‘Silent Killer' And Mom Shares Story So Others Can Spot The Signs

His parents are issuing a warning: trust your instincts.

Juliana and Brian Baumkirchner said their son was riding his bike when he fell and scraped his knee. They cleaned it up at home without another thought. But later than night, three-year-old Beauden spiked a fever.

Throughout the next day, his knee began to swell and his fever grew worse. By the following day, he was having trouble breathing, and his fever hadn’t subsided. His knee and lip were swollen. By God's grace, his parents knew something wasn't right and took him to the hospital.

Had his parents waited any longer, the doctors said he would have died from the skinned knee infection. That seemingly simple scrape led to a staph infection. Even though the strain of staph bacteria that they found on Beauden's knee was a common strain, the reason the toddler got so sick was because the strain of staph carried toxins that are similar to those that cause toxic shock syndrome.

But in order to save his life, his medical team realized they needed to amputate his legs. Over the past two months, the brave boy has endured eighteen surgeries. Besides his legs, doctors also had to remove two fingers as a result of the skinned knee infection.

The medical team praised his parents for getting him to the hospital in time. Both Beauden's parents and his doctors warn other parents who see a child’s condition rapidly worsening should do the same, get help right away.

But his parents see the positive in this tragedy. God saved his life and their son is coming home. His mom said, "We're not driving home with an empty car seat," Juliana said. "So that in itself is a blessing."

"It's important for parents to really watch their children," Brian said. "We watched our son to the tee, and there were no symptoms of anything. And how you prevent it is super difficult because most of the time you can't even see anything, it's inside their bodies."

Thank God for his mighty hand on this family. Beauden will have a powerful story to tell others about how God saved his life as he grows up.

YOU MAY ALSO LIKE: True Overcomer Story Of Jeremiah Cox, Toddler Who Lost Limbs To Mystery Illness