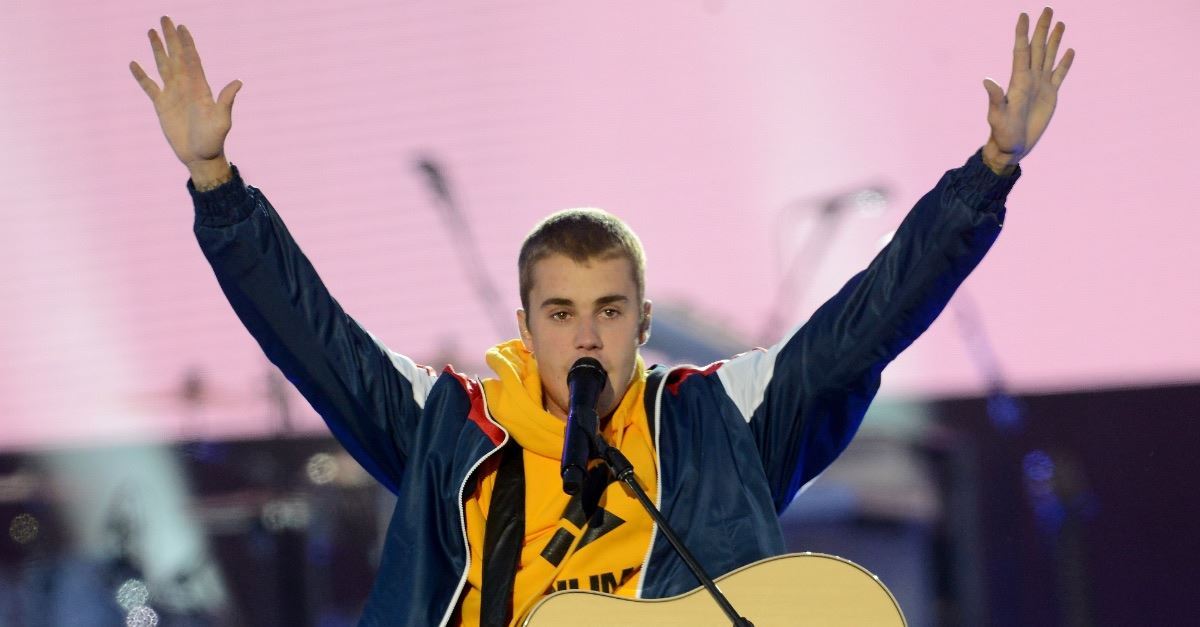 Jeremiah Cox is only two years old, but he’s already a true overcomer. A mystery illness landed little Jeremiah in the hospital, while sepsis threatened his life and eventually led to the toddler’s amputation.

In July, Jeremiah Cox turned two. And it nearly turned into his last birthday when just a few months later, a mystery illness nearly took his life.

At the very end of September, Jeremiah was just fine one day and then woke up with a high fever the next and started vomiting. His mom, Ashley Cox, wasn’t too worried at first. But when his fever worsened, his parents took him to the hospital.

Doctors found Jeremiah to be dehydrated and started giving him fluids. They weren’t too worried either until Ashley and the nurse made a startling discovery.

As Ashley went to change Jeremiah’s diaper, she noticed a rash of purple dots. She and the nurse watched as more and more purplish dots started appearing — a sign the toddler’s body was in the early stages of sepsis.

The quick-spreading rash meant Jeremiah’s tiny body was reacting to an undetermined infection. His immune system was trying to fight back by releasing potentially toxic chemicals into the boy’s bloodstream. The problem, though, is that those toxins can be just as dangerous, if not more so, than the infection itself.

The Cox family would never know what caused the infection to begin with, which is common in cases like his. In about half of pediatric sepsis patients, the initial infection remains a mystery because doctors aren’t able to draw enough blood for testing. Even though the hospital treated Jeremiah with strong antibiotics quickly, his sepsis was already in full swing.

Jeremiah's condition deteriorated rapidly and doctors rushed him into intensive care. The sepsis was far worse than what the doctors at Riley Hospital for Children were used to seeing.

"If you put the kids that we take care of in this hospital with sepsis on a scale of 1 to 10, Jeremiah was a 10-plus," said Joey Hobson, a pediatric critical care physician who helped care for Jeremiah. 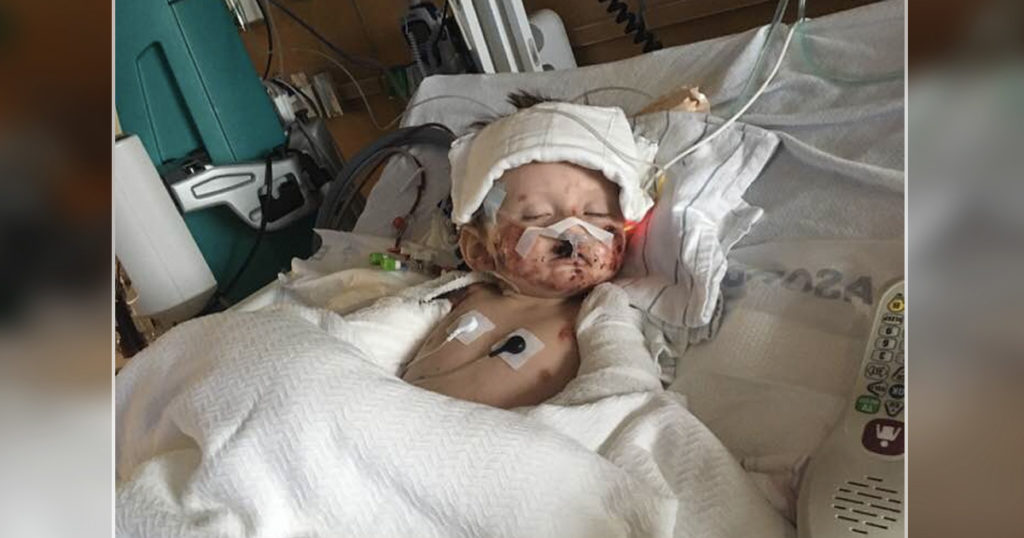 Whereas most of the children suffering low blood pressure from sepsis responded to one or two medications, Jeremiah needed four.

Meanwhile, his rash grew worse, as did the impact of Jeremiah's sepsis. Doctors knew they were losing him. And therefore, desperate times called for desperate measures.

Doctors settled on a treatment outside of the standard therapy for sepsis called plasmapheresis. The procedure involved filtering out the toxic elements in Jeremiah’s blood by removing it and replacing it with healthy donated plasma.

Some doctors question the effectiveness of this type of treatment in sepsis. But at this point, Jeremiah’s doctors and his family were willing to try anything that could possibly save his life.

"For Jeremiah, we were left with no other options," Dr. Hobson said.

Little Jeremiah Cox underwent five days of the plasmapheresis procedure as his worried parents desperately prayed for it to work. And at last, doctors saw improvement!

After the intense treatment, doctors were able to remove Jeremiah’s ventilator and stop dialysis. The good news was that the little boy had survived. The bad news was he’d suffered disseminated intravascular coagulation (DIC), a harmful side effect of sepsis.

RELATED: Worship Leader Urgently Calls For Prayer As His 2 Little Ones Fight For Life

DIC refers to blood clots that can block blood flow and therefore restrict the delivery of oxygen to organs and limbs. When this occurs, it can kill off tissue forcing doctors to amputate in order to prevent gangrene.

Amputation is fairly common in septic cases. So Jeremiah Cox’s parents knew there was a chance their little boy may lose a limb. But they never expected the toddler’s amputation to include all four limbs. 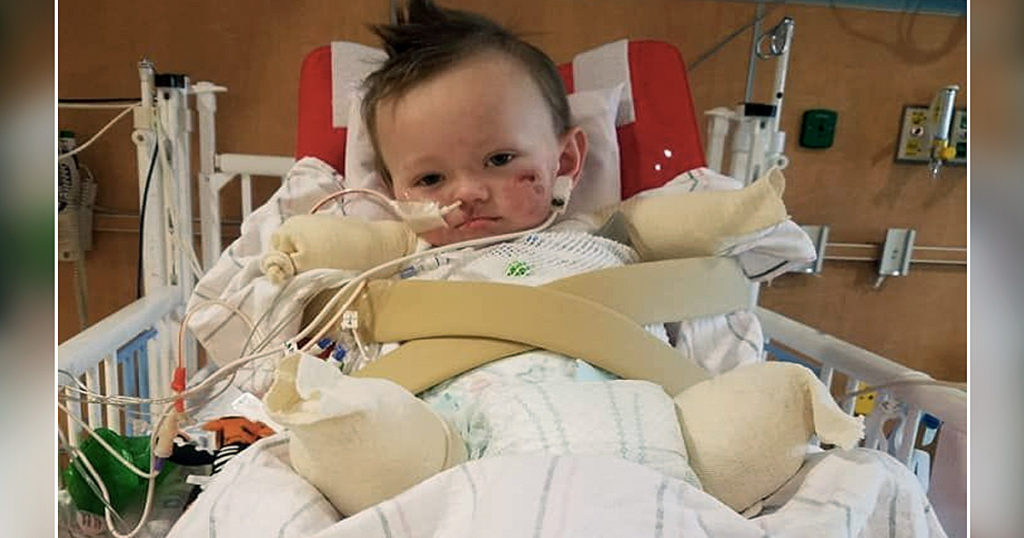 Doctors noticed Jeremiah’s blood pressure had dropped and his white blood cell count had risen. This signaled potential of a forming infection. And doctors warned Jeremiah’s parents, Ashley Cox and Nicholas Thompson, of the terrible risks their son faced if they didn’t operate right away.

"It was one of the hardest decisions I ever made in my life," Nicholas recalled.

On Oct. 12th, doctors amputated both of Jeremiah's legs at the knee, his right arm, and four fingers from his left arm. They hoped removing the fingers would be enough. But a few days later, Jeremiah underwent surgery again to remove his left arm, as well as some more from his legs.

Though the toddler’s amputation was more extreme than the couple ever expected, leaving Jeremiah Cox a quadruple amputee, at least he was alive.

"Yes, this is going to be a very long stressful time in our life, but we have our son, and I'm thankful every day,” Jeremiah’s dad said.

While life will certainly be different now, both parents are just grateful to know they’ll soon be bringing their boy home.

"At first I didn't have hope, and now I do,” mom Ashley Cox said. “Everything that's happened to him, he still smiles."

Tiny overcomer Jeremiah Cox is already impressing doctors with his grit and determination.

“Jeremiah’s got a great spirit, great sense of humor," said Dr. Chuck Dietzen, the Chief of Pediatric Rehabilitation at the hospital.

The little boy has lots of therapy ahead of him. Currently, the hospital is preparing Jeremiah for prosthetics.

"The key is to fit them as soon as possible, but also as safely as possible,” Dr. Dietzen said.

In addition to the usual milestones facing toddlers, Jeremiah will have to learn how to manage life in his new body. And though he’ll certainly face challenges, Dr. Dietzen firmly believes little Jeremiah will be able to walk and run again.

But he’ll certainly have plenty of support from loving family. And as strangers hear his story, they’re sending love, support, and prayers his way. Calls and donations have flooded in for the family from all over.

Another amputee even had a special gift for little Jeremiah — a stuffed doll of Catboy, a popular superhero from the kids show PJ Masks. But this doll has the arms and legs cut off, sending a powerful message that the toddler’s amputation in no way reduces his ability to be a superhero.

"I’m breathless when I see how many people contact us, follow our story,” Jeremiah’s dad, Nicolas Thomson said.

Jeremiah’s parents believe their son is destined for greater things. And we have to agree. God certainly has a bigger plan for this real-life overcomer!

If this real-life story of overcoming trauma inspired you, then here are some other stories you may enjoy!

Abandoned Baby Graduates From College Where She Was Found

Pastor Shares How His Praying Mom Saved Him From Drugs

A Mother Shows Incredible Faith As She Sees Miracle During Tragedy