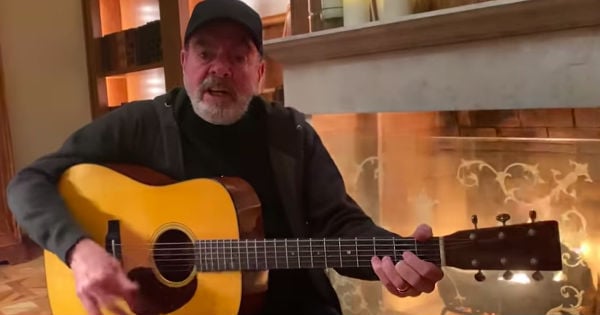 The talented vocalists of VOCES8 perform Sound of Silence a cappella and their incredible harmonies make the song even more beautiful.

Simon & Garfunkel originally released this song in 1964. Since that time, many artists have lent their voices to the tune.

One of the most well-known covers comes from the rock band, Disturbed, in 2015. But when the popular group Pentatonix released their own Sound of Silence a cappella version, the song skyrocketed in popularity.

VOCES8 is an incredibly talented a cappella choir. On their website, the group describes their mission.

"The British vocal ensemble VOCES8 is proud to inspire people through music and share the joy of singing."

They've performed all around the globe with some of the biggest names in the industry. And today, this group is taking on Sound Of Silence and it's one performance you don't want to miss!

To make this arrangement even better, the entire track is performed a cappella. When you perform a cappella, every sound that you hear comes from a human voice. There are no instruments or background music.

It takes many hours of arrangement and practice in order to perfect a performance like this one. But VOCES8 pulls it off flawlessly.

YOU MAY ALSO LIKE: Guitar Performance Of ‘The Sound Of Silence' In The Middle Of A Blizzard

What did you think of this unique rendition of Sound Of Silence?