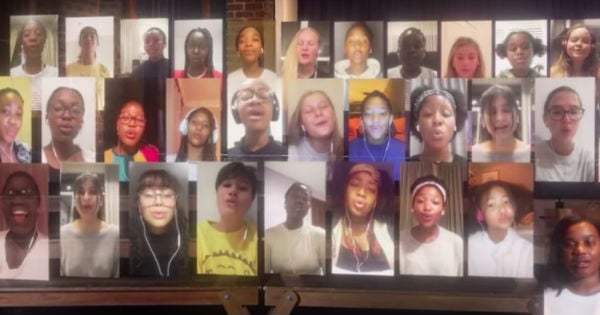 Armed with nothing but his guitar and computer, Willie Nelson’s son, Lukas Nelson, performs an incredible cover of ‘The Sound Of Silence’. Lukas is certainly doing his country legend dad proud!

Simon & Garfunkel originally released ‘The Sound of Silence’ in 1964. Since that time, many artists have lent their voices to the tune.

One of the most well-known covers comes from the rock band, Disturbed, in 2015. The a cappella group Pentatonix also released its own version and it skyrocketed in popularity.

RELATED: Pentatonix Performs ‘The Sound Of Silence' A Cappella And It's Incredible

Today, we're hearing an entirely new rendition from Willie Nelson’s son Lukas and it's definitely one you don't want to miss.

From a very young age, Lukas Nelson developed a love for music. He knew that he wanted to turn this passion into a career and began writing his own songs and playing guitar when he was barely a teen.

Now, Willie Nelson’s son Lukas is a successful artist with a band of his own and the incredible talent to back it all up. Today, he was inspired to record his own rendition of ‘The Sound Of Silence' after the recent spread of the Coronavirus across the globe.

As busy streets are now empty and silent, it's more important than ever to speak up and make sure that we are all doing our part to flatten the curve.

YOU MAY ALSO LIKE: Story Behind Willie Nelson's Christmas Song ‘Pretty Paper'

Now, this song takes on an entirely new meaning. And this performance is just what we needed to hear right now!