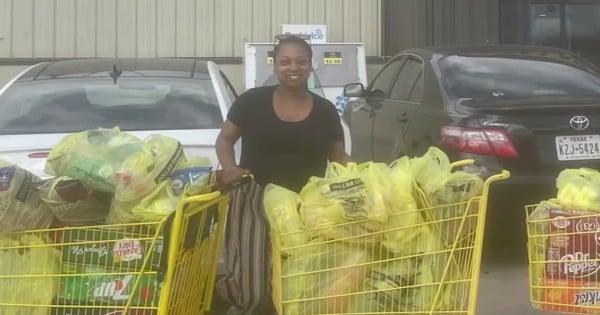 The actor from the Spider-Man movies, Tom Holland, made a promise to Bridger Walker after the little boy bravely shielded his little sister from a dog attack. And now, he’s honoring that promise from the set of Spider-Man: No Way Home.

Seven-year-old Bridger Walker made headlines when, at the age of six, he jumped in front of a charging dog to save his sister.

The boy’s heroic act caught the attention of Tom Holland, the actor from several Spider-Man movies. Tom commended Bridger for his bravery and invited him and his family to the set of the newest Spider-Man movie.

Bridger's dad, Robert, shared about the family's time on set on his Instagram. There, he showed videos and photos of his kids spending time with the cast and crew. Tom took Bridger web-swinging, taught him Spider-Man's signature move, and even gave Bridger his own Spider-Man mask.

Robert said that Tom Holland and other Spider-Man cast members "made our kids feel like stars."

In his Instagram caption, he wrote: "The look on the kids' faces was priceless when we rounded the blue screen to see Tom, in full costume, high above the set on a light post. It was emotional to see him wave at the kids like he was the one that was supposed to be excited – not the other way around."

He continued, "A short time later, Tom and Zendaya came over. I will never forget the grace and kindness they showed our children. Zendaya immediately approached my teenage daughter and told her how much she loved her nails. I don't know if she will ever know how much that simple act means to me – to see my sweet daughter light up with self-confidence and joy."

What an incredible day on set for Bridger and his family!

YOU MAY ALSO LIKE: His Dad and Sister Were in Danger So This 7-Year-Old Hero Swam Over a Mile to Save Them

This brave little boy who saved his sister from a dog attack is already a hero. But how fun for him to meet a Marvel superhero!

LISTEN: 72-Year-Old Woman Quietly Lived In Crumbling House Until An Electrician Learned Her Secret | Mom Gets Heartbreaking Call From School After Son Goes Dressed Up For Halloween As Tony Stark