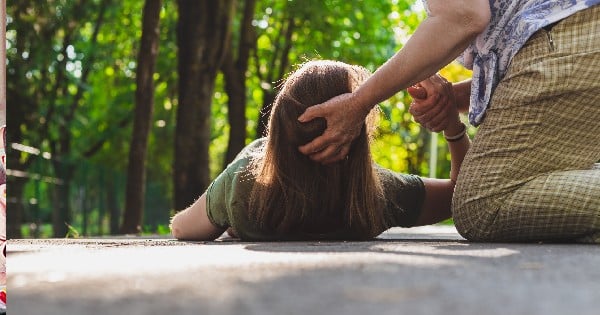 When Her Head Hit The Pavement Doctors Gave Up Hope. Until God Sent One Man To PRAY For Her!
Read Article »

This will restore your faith in humanity for sure! When Trooper Tracey Bohlen saw the truck stopped in the middle of the interstate, he approached with gun drawn, thinking he was going to have to break up a fight. What he found instead was a driver collapsed from a health issue and his teen son frantic! Thanks to the trooper, a kind nurse who cared for the son, and a Good Samaritan who drove the family’s truck to the hospital, everyone’s doing OK now. God sent this family all kinds of Guardian Angels!