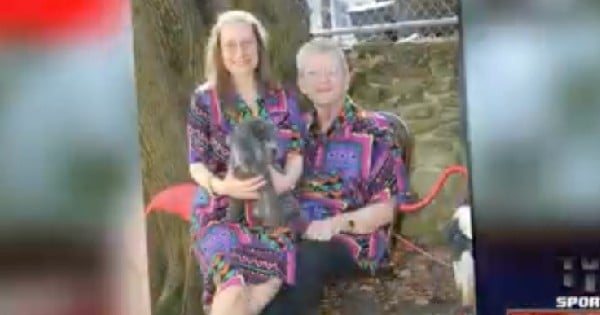 This Couple Has Been Dressing Alike For 33 Years And Their Reason Why Makes Me Want to Do it TOO!
Read Article »

Ross Dahlberg served his country during the Korean War, but that same country he was willing to risk his life for shockingly sold his Michigan home right out from under him!

This veteran was on the verge of being on the streets after his home was sold at a sheriff’s auction, the result of what officials believe was a state error.

This could have been very bad, if it weren’t for a couple of complete strangers who did the most amazing thing for Ross.

Keli Murillo and Jay Bobel, stepped up forward to pay more than $142,000 in fees associated with getting Ross’ home back for him. That’s right, they gave $142,000 for a complete stranger to keep his home!

Ross had fallen behind on mortgage payments because of medical issues, which put him in and out of the hospital and rehab care, but had filed paperwork to allow him to make up his payments once he was back on his feet.

If it weren’t for his Good Samaritans, the company that bought Ross’ home was going to have the Sheriff’s Department come and remove Ross from his home.

Good Samaritan, Jay Bobel, said he saw the chance to “do good” after seeing a news story. “Something just didn’t sound quite right to me, and I wanted to help,” he added.

The Veterans Affairs office has also secured supplies from Home Depot and Allied Lumber in to replace Ross’ roof that had become water damaged over the years. Work began Thursday by volunteer contractors.

Ross, who is wheelchair-bound due to diabetes, said he has met a number of “good people” during his struggle whom he would like to thank.

“At the moment, I’m a little choked up,” Ross said. “I’m overwhelmed with emotions.

Thankfully, no one can threaten to take Ross’ home from him again, and he has peace knowing he is safe now because of the kindness of strangers who loved him like Jesus would. “I’m here until I die,” he said of his home.