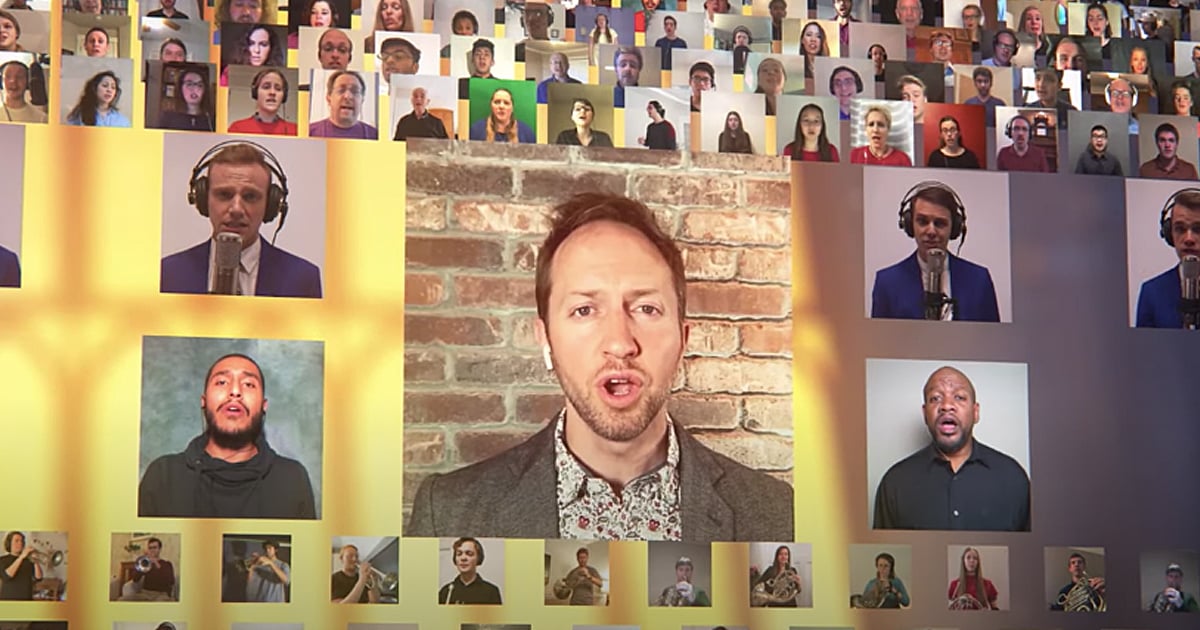 800 Musicians Perform A Powerful Version Of ‘Nearer, My God, To Thee’ And Oh, The Chills
Read Article »

The story behind ‘Tears In Heaven’ by Eric Clapton has to do with a terrible tragedy involving his 4-year-old son, Connor Clapton. And while it’s a beautiful song, how it came to be is absolutely heartbreaking.

Eric Clapton is a rock and blues superstar from Ripley, UK. He is known for songs such as Knockin On Heavens Door and Layla.

RELATED: Story Behind How ‘Tears In Heaven’ Became The Answer To Man’s Question Of Friend’s Salvation

Eric was in the Rock and Roll Hall of Fame three times, one time as a solo act, and also as a member of his bands Yardbirds and Cream.

In 1985 Eric met Lory Del Santo, a famous Italian model, and a year later, the two of them had a son, Conor. Conor's birth changed Eric's life for good. Eric realized that he needed to clean up his lifestyle of drugs and alcohol. "I couldn't bear the idea that, as he experienced enough of life to form a picture of me, it would be a picture of the man I was then," Eric wrote in his autobiography.

Eric got sober and stayed that way. While things didn't work out for Eric and Lory, Conor remained the apple of his father's eye. But a tragedy would later become the story behind Eric’s famous song, ‘Tears In Heaven’.

Tragic Story Behind ‘Tears In Heaven’

When Conor was four years old, he was playing hide and seek with his Nanny in the NYC apartment where he was staying with his mom while he eagerly awaited his dad's arrival. Eric and Conor had plans to go to lunch and to Central Park Zoo for the day. Conor and Eric were both looking forward to their day together.

A janitor was finishing up some maintenance work in the apartment and stopped the Nanny briefly to warn her about an open window. In that instant, tragedy struck.

Lory recalled hearing a dreadful scream, "But it wasn't Conor. It was the nanny. I went into the room shouting more and more hysterically, ‘Where's Conor, where's Conor?' Then I saw the opened window, and I understood at once. I felt all my strength leave me and I collapsed on the floor."

RELATED: Dying 4-Year-Old Tells Mom He Will Wait In Heaven & Then Passes Away

Four-year-old Conor fell to his death from the 53rd-floor window. The ambulance arrived, but there was no hope for the little boy.

"The first I knew was a telephone call from their apartment," Clapton recalled. "Lory was on the other end of the phone, and she was hysterical, saying he was dead. And I could not let myself believe it."

The funeral service was held in Eric's home town two days before the singer's 46th birthday. Famous artists such as Phil Collins and George Harrison attended to show their respect.

After the funeral, Eric received a letter from Conor. It told him how much Conor missed Eric and wanted him to come over.

To deal with his overwhelming grief, Eric first isolated himself for a period. Then, he turned to song. He found solace in creating music. The songs were a way of coping, and he never intended to share them. But two songs that he wrote for Conor during this period eventually became published.

One was ‘Circus Left Town,' a song inspired by an outing he shared with Conor the night before Conor died. The other song was ‘Tears In Heaven.'

YOU MAY ALSO LIKE: Tragic Story Behind New Jeremy Camp Movie ‘I Still Believe'

Eric's song "Tears From Heaven" was first featured in the 1991 film Rush. The song would go on to receive the Grammy Award for Song of the Year. And Eric would receive two other Grammys that year for ‘Record of the Year' and ‘Best Male Pop Vocal Performance.'

“Would you know my name

If I saw you in Heaven?

Would it be the same

If I saw you in Heaven?”

WATCH: Story Behind ‘Tears In Heaven’ By Eric Clapton