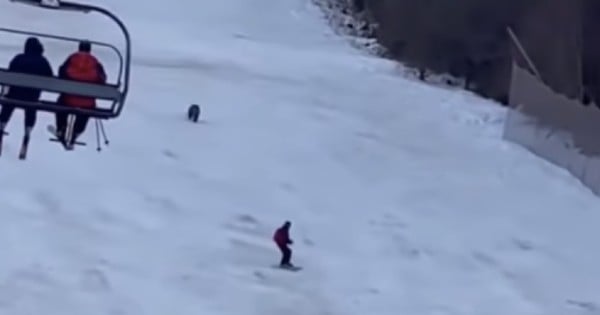 A bomb squad in Ohio was called to respond to a suspicious bag that was left outside of a church building. And what they ended up finding was an adorable discovery. The bag contained a momma cat with her six newborn kittens!

The Butler County Sheriff’s Office said that the bomb squad was relieved to hear purring instead of ticking when they investigated the bag. That is definitely a less stressful sound to hear while you're on the job! And when the team used their X-ray equipment to view what was inside the bag, they stumbled upon a precious sight.

The cute kittens and their mother were left in the bag with a note that read: "Mom’s name is Sprinkles. She began giving birth at 2 pm, Wed. Feb. 17th.” It is sad that these animals were abandoned. But wonderful news to hear that they were found and are safe now.

Sprinkles and her day-old babies were taken to a local shelter where they were cleaned up and fed. They are doing well now and have been placed with a foster family who is giving them all the love and cuddles.

What an adorable surprise for this bomb squad to find! God bless these precious kittens and their mother.

"Look at the birds of the air: they neither sow nor reap nor gather into barns, and yet your heavenly Father feeds them. Are you not of more value than they?" Matthew 6:26