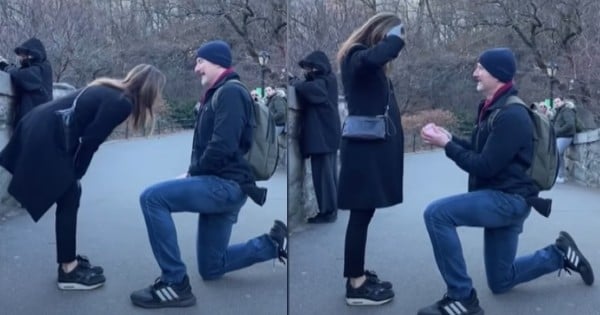 People all over the world have filmed themselves attempting a viral dance move, but the younger generations may not know that the move already had its day. These middle schoolers in California got schooled by their teacher when he showed them just exactly how the jerk dance is done.

The jerk, or jerkin', first appeared in music videos and street dancing in the 2000s. New Boyz, a popular rap group, released their hit song, ‘You're A Jerk,' in 2009 and showcased the move in their music video making it mainstream.

Austin LeMay, the man with the slick moves in the clip, works as a teacher and the campus culture director at the school. Although he clearly thrives in his job, he may have peaked back when jerkin' first came around.

Austin joked that he waited 30 years for this moment. He also shared why exactly he loves moments like these with his students. "More than anything, this is my passion as it is with every other teacher and adult here on campus. These kids are our passion."

Teacher Who Knows How To Jerk Dance Goes Viral

Another teacher, Jenny McCauley, posted the viral TikTok of the dance circle on her account to show one of the many positive things that happens at their school. Jenny said, "We engage with the kids and we have fun. Having fun is really important to us."

Regularly dancing after school on Friday afternoons allows the students to have fun and feel safe in their learning environment. The principal wants them to be excited to go to school every day to maximize their learning potential.

Clearly, Mr. LeMay absolutely loves his job and his students. But I'm sure that a little online recognition makes his efforts that much more enjoyable!

You May Also Like: Father And Two Sons Dance Together In A Viral Video Bringing So Much Joy

The video currently has almost 40 million views and about 10 million likes! Even though Mr. LeMay out-danced his students with ease, the clip is so heartwarming and deserves all the attention it's getting. Keep on dancing!