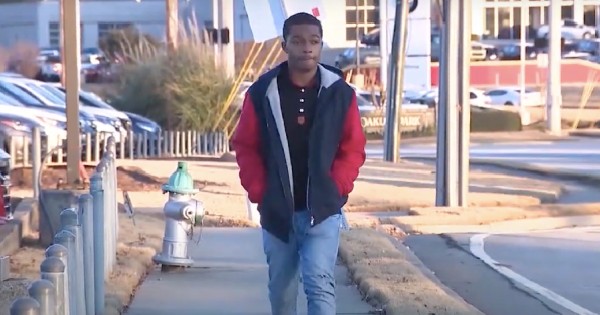 This Nia Dennis performance earned the 21-year-old UCLA gymnast a near-perfect score. It caught the attention of the internet, too, after the incredible ‘dance party’ floor routine went viral, too!

The UCLA Bruins gymnastic team has a nation-wide reputation for impeccable talent and creative routines. In 2019, we saw Katelyn Ohashi made headlines after her Michael Jackson-themed routine earned a perfect score.

Katelyn went on to become a viral sensation appearing in multiple talk shows and morning news programs. Now, senior Nia Dennis is following in her footsteps.

First, Nia Dennis stunned us with a unique performance set to the music of Beyonce.

And today, she's taking it up another notch with a 9.95 performance that has the whole Internet talking.

“I wanted to have a dance party because that’s my personality,” Nia told Los Angeles Daily News.

The floor routine features artists, such as Kendrick Lamar, that have been influential in Nia's life. She wanted to showcase her growth and feelings through movement and felt led to include Black artists that had an impact on her and the community.

When featured on The Ellen Degeneres Show, Nia explained, "We're not allowed to use words and sounds in our floor routine so I figured if I wasn't going to be able to say it, I wanted to do it in a different way."

Nia Dennis' unforgettable performance has been viewed over a million times online and many famous faces are weighing in, including Olympic gold medalist, Shawn Johnson.

Shawn told Insider, “I just love seeing the sport evolve that way to see girls and guys be able to take it to a new level and get more creative.”

YOU MAY ALSO LIKE: Gracie Kramer Plays The Villian In This Amazing Gymnastics Floor Routine And It Earned Her A 10

There's no doubt that Nia has inspired a whole new generation of gymnasts and I cannot wait to see where this sport goes next.