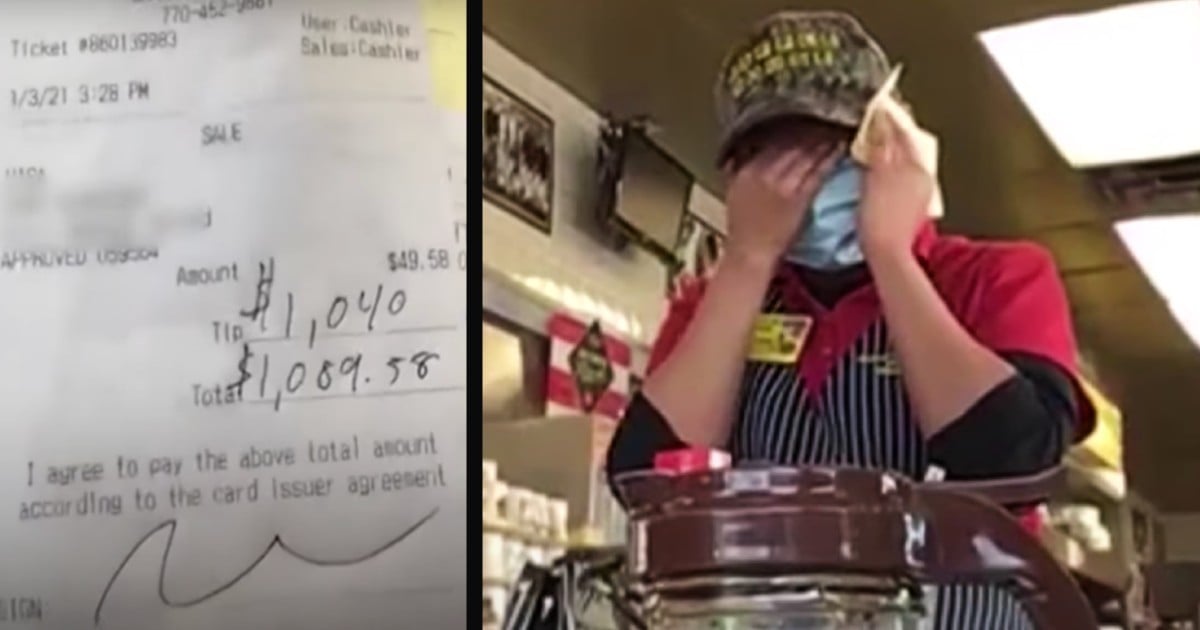 When hard times fell on the family of high school senior Jayden Sutton, the young man took matters into his own hands. The teen walked 7 miles to work and back each day after school in order to save up money for his own car.

Jayden's sacrifice did not go unnoticed, however. And when his classmate's mother noticed Jayden taking his daily trek to work, she decided to reach out and lend a helping hand.

Atlanta, Georgia resident Lavonda Wright was driving down Brownsville Road one afternoon when she and her son noticed one of her son's classmates, Jayden Sutton, racing down the road on foot. Upon noticing the young man, Lavonda's son tapped his mother on the shoulder and said, "Mom I think that's Jayden," prompting Lavonda to pull the car over and give the young man a ride to work.

Lavonda explained how after this encounter she couldn't get the young man and his daily trek to work off her mind. And she began planning a way to get Jayden a car of his own. Lavonda took to social media, asking friends, family, and kind strangers for a total goal of $4,000 in charitable donations through the fundraising site, GoFundMe.

As word got out, more and more people heard about Jayden’s story and decided to donate, and eventually, the initial goal of $4,000 was more than doubled. An ecstatic Lavonda then took the money to a Union City Honda dealership where she explained Jayden's situation to the general manager and got a great deal on a car for the young man.

Lavonda then took Jayden to the dealership, where she surprised him with his new car. Jayden couldn’t wipe the smile off his face, as he took a look around the vehicle for the first time. After taking in the situation Jayden made sure to thank everyone that helped him out and told anyone that was working towards a dream to keep at it. Because you never know when someone might help you along the way.

YOU MAY ALSO LIKE: Cameras Caught the Pure Joy of This Dog Playing on a Backyard Swing And It's Infectious

“Do not neglect to do good and to share what you have, for such sacrifices are pleasing to God.” Hebrews 13:16

WATCH: Teen Walked 7 Miles to Work Each Day Until God Made Sure the Right Person Spotted Him