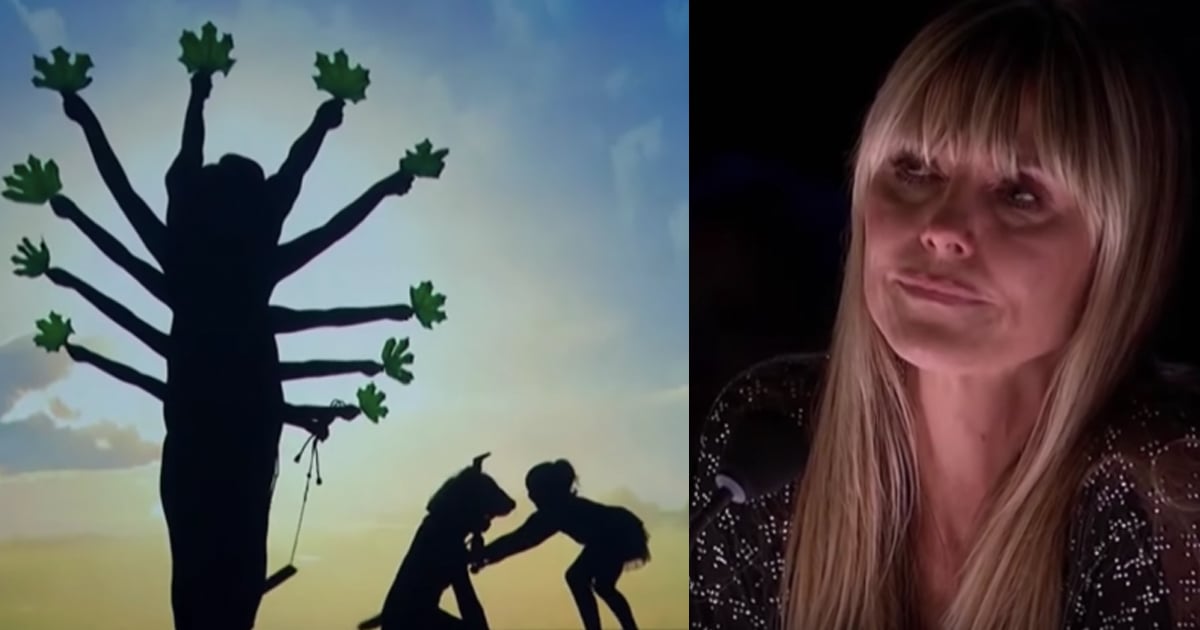 This Shadow Dance On America’s Got Talent: Champions Will Have Every Dog Lover In Tears
Read Article »

Kevin Adkins of Wichita knew his time was running out and the dying cowboy had just one final request. He longed to see Vic, his horse of 27 years, one last time. And before leaving for Heaven, loved ones made sure he got to do just that!

Those who knew Kevin Adkins (55) of Wichita, Kansas described him as having a “George Strait look”.

Kevin regularly dressed in Wrangler jeans and button-up shirts and always donned a cowboy hat and boots. He also had a vast array of belt buckles, his favorite being from the time he was named champion bull rider in 1992 at the PKD Arena.

"On his dying days he let me know the most important to him was his PKD," Kevin’s 26-year-old daughter, Delaney Adkins, said.

Another important family member to the dying cowboy was his horse, Vic. Kevin and Vic spent nearly every day together for 27 years.

“They've been partners for all these years," said Jennifer Wadley of D&J Ranch, where Kevin boarded Vic. "It could be pouring rain, it could be snowing, it could be hotter than heck. He was always here."

Jennifer was a long time family friend of Kevin’s and also the one who sold him his beloved horse.

When doctors diagnosed Kevin with cancer, he fought a 3-year battle. But when the cancer kept coming back, the dying cowboy realized his time on earth was coming to a close.

Memory Making In The Final Days

Even as he battled this terrible illness, Kevin spent time with the ones he loved, including Vic. Jennifer recalls watching the dying cowboy spend hours with his beloved horse.

"Take the time to brush him, pick his feet and spend time with him, and that went on every day," she recalled.

Kevin spent time with Delaney, too. They managed to take a trip to the Wrangler National Finals Rodeo in Las Vegas right before his condition rapidly deteriorated.

"It's like the Super Bowl (for) cowboys," Delaney said about the father-daughter moment. "I could tell he was hurting, but he cowboyed up and we made some great memories together."

Realizing her father wouldn’t be by her side for much longer, Delaney also got baptized in front of the dying cowboy. She wanted to have the memory to hold on to since Kevin would miss future milestones in her life.

"As a little girl you always think about your dad walking you down the aisle and always having that first dance with your dad," said a tearful Delaney said.

And once Kevin Adkins became confined to the hospital, with doctors telling him he didn’t have much time left, there was one other family member he desperately needed to see. Kevin didn’t want to leave this earth without a final goodbye to Vic.

Loved Ones Work To Grant The Dying Cowboy’s Last Wish

Everyone knew Kevin’s time in the hospital away from Vic was wearing on him. And Vic missed Kevin, too.

“It’s truly a love story between a man and a horse,” Jennifer Wadley said. “It was just an unbelievable friendship.”

Kevin had always boarded Vic at the Wadley’s family ranch. And Jennifer says while Kevin was away in the hospital, the horse became depressed and stood alone on the ranch.

So, Delaney and the Wadley family worked together to grant the dying cowboy’s final wish to see his horse one last time to say goodbye. And it was a touching moment for everyone.

RELATED: Dying Woman Says Emotional Goodbye To Horse And Then Passes Away

After doctors said there was nothing more they could do, they moved Kevin to hospice care in his sister’s house. And all of Kevin’s loved ones worked together to bring Vic for a visit one last time.

The dying cowboy got to feed his beloved horse from his gurney and tell his best friend of 27 years goodbye.

"Yea I love your fur, buddy," Delaney recalls her father saying after giving Vic a kiss.

Jennifer made sure to film the emotional reunion. And it was just such a special moment for everyone involved.

"I think he knew," Jennifer said, talking about Vic seeing Kevin for the last time. "I think what was so moving was watching Kevin with his horse. He lived for his horse. It was very moving."

WATCH: The Dying Cowboy Gets To Say Goodbye To Beloved Horse

In addition to Vic, lots of other visitors flocked to the house to say their farewells to Kevin, too.

Kevin Adkins went home to be with the Lord the following day. And while his suffering had ended, the grieving process began for the many friends and family who loved him.

"Cowboys don't cry is a real thing and I have seen a lot of cowboys cry over the last few days," Delaney said. "The rodeo cowboy, cowgirl (community) is really hurting right now."

Loved ones came together for a service honoring the late cowboy at the Prairie Trail Cowboy Church. The church was built so that horses could come inside and Vic served as a pallbearer for Kevin.

Then, the horse went to sit beside Delaney at the front of the church.

Friends say the D&J Ranch will feel empty without Kevin, since the dying cowboy spent every day there with Vic up until he was too sick to do so.

But Delaney and the community will honor Kevin Adkins’ memory in a special way.

They’ve established the Kevin B. Adkins Cowboy Relief Fund to help other struggling families in the rodeo community.

"Any cowboy family or rodeo family down the road that is having trouble, that Dad is speaking to me about to help that family," Delaney said.

YOU MAY ALSO LIKE: Heartbroken Horse Grieves Deeply At His Human's Funeral

You can’t help but marvel at God’s amazing design. As He was creating all the animals of the earth, He gave each a special purpose. And sometimes, that purpose is to bless us with a special friendship like Vic and Kevin shared.