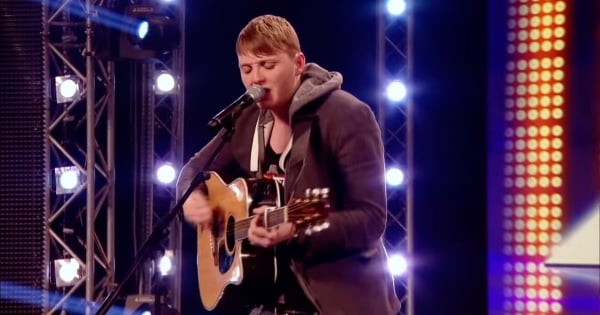 One man shows compassion for a teenager who robbed his nephew, and his interaction with the teen could change his life.

RELATED: Elderly Woman Is Flabbergasted After Her Credit Card Is Declined But Then An ‘Angel' Steps In

Winston Davis is a heating engineer and social activist. Over the summer, he learned that his 12-year-old nephew was mugged by a 16-year-old boy at knifepoint. He took his backpack from him. Winston was able to locate the teen and contact him on his phone. Then the two met face to face.

When Winston met up with the teenager, he was able to get his nephew's bag back. And he was impressed by the teen's willingness to own up to his mistake.

"You could have easily turned your phone off," Winston said in a TikTok video he posted online. "In life sometimes we do things that we regret and then we want to try make something change after that and what you're doing, bringing this back, is a big moment."

Winston went on to talk about how the teen shared about his life with him. "He's 16 years old, been in and out of detention centers, lives in a supported living place and has no qualifications. Despite this, he wants to work in computer engineering."

Uncle Shows Compassion For Teen Who Robbed His Nephew

After Winston shared his video online about his interaction with the teen, it went viral. And many people had reached out offering to help the teen out in some way. “Offers of support for this guy have been mad. So, gonna get back to people soon as I can, thank you," Winston wrote in a follow-up video.

Winston hopes that this teen uses this opportunity to turn his life around. He can relate to the young man, because back when he was younger, he went to prison on a drug charge. But after he got out, Winston made the decision to completely change his way of living.

"He's got an opportunity to really, if he takes the opportunities that are presented to him, to really change his life,” Winston said about the teen. “It's just, can he see far enough into the future to be able to take advantage of the good nature and goodwill of so many people?"

YOU MAY ALSO LIKE: 6 High School Football Players Race to Save Woman Trapped in Car As She Screams for Help

God bless Winston for reaching out to a young man in need, and may God use this opportunity to change this teen's life for the better!

WATCH: Uncle Shows Compassion To Teen Who Stole From His Nephew