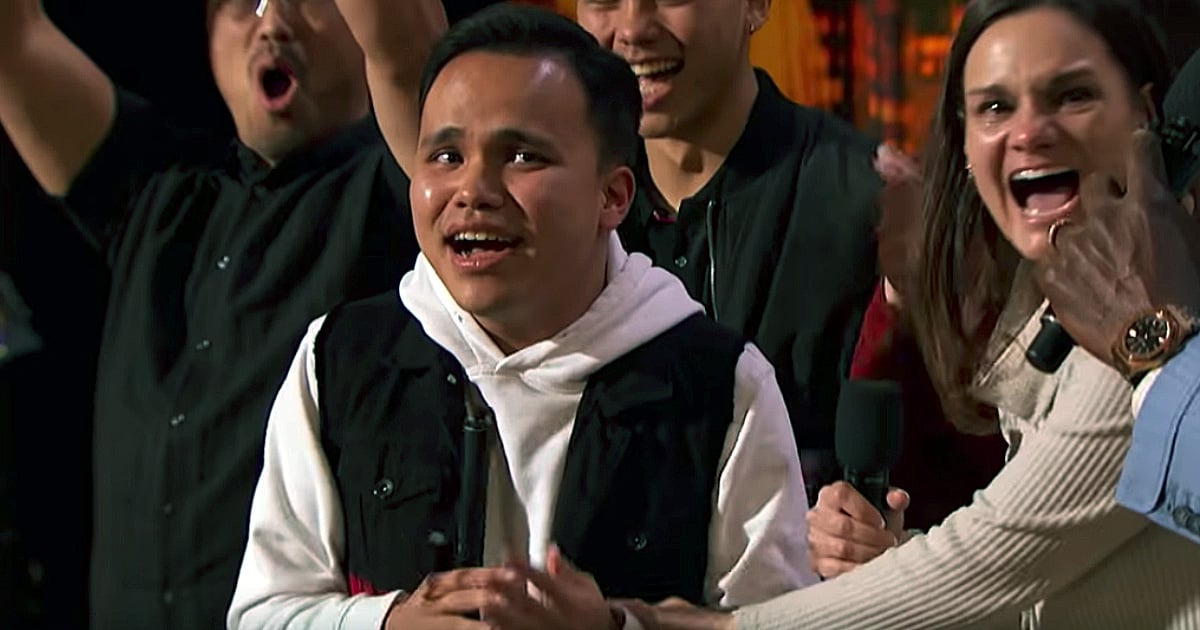 Feeling low? Here’s a list of 9 upbeat Christian songs that will have your spirits soaring in no time!

As Christians, we are engaged in a spiritual battle. Although we may not always see what is ahead, the Bible says there are spiritual battles going on in heaven that we can't see. When the devil wages war in us, it can lead to us feeling down or depressed, doubting God's love and presence in our lives.

The power of music, however, can lift our spirits even when our circumstances deem otherwise. Here are 9 upbeat Christian songs that can lift us up when we are feeling down:

This anthem from MercyMe is a great reminder that the end of our story as Christians has already been written-through Jesus' death, we all win! This song is a tune to get up and dance your blues away. Reminiscent of Romans 8:37-39 which says, "No, in all these things we are more than conquerors through him who loved us. For I am convinced that neither death nor life, neither angels nor demons, neither the present nor the future, nor any powers neither height nor depth, nor anything else in all creation, will be able to separate us from the love of God that is in Christ Jesus our Lord." For those of us who feel like God doesn't see them or they feel like God doesn't care, just remember-we win!

I personally listen to this song every time I run outside. It's easy to throw in the towel when things aren't going our way. Like MercyMe, For King and Country remind us that our hope is not in the temporal things of life, but rather in the power of the unflinching grace only Jesus can offer.

Urged to silence the voices that tell you are not enough and you'll never make it, For King and Country's unique sound demonstrates straying from the norm not only led to their success, it is also their Bible filled promises embedded in their lyrics that tell us to hold on-even when you think you can't hold on anymore.

Just Haven't Seen It yet

Getting his start on American Idol, Danny Gokey's knows first- hand what it means to press on even if you believe God is not there. Gokey reassures us God is working on our behalf-we just have to hold on and believe.

Gokey is no stranger to loss or believing in God even when he doesn't seem like he's there. Coping with the loss of the passing of his first wife just a couple of years after getting married, Gokey says shortly after his wife passed, he received the call to audition for American Idol. Going to fulfill the promise he made to her, Gokey's life was changed forever.

A Grammy nominated artist as well as winner of male vocalist of the year and best Christmas album, Gokey is proof that holding on to God and believing even when all looks hopeless is the best thing we can do.

You Make Me Brave-

Amanda Cook belts this tune that serves as an encouragement that following Jesus involves taking that first brave action-following Jesus involves one step at a time, even if they are baby steps. Similar to Hillsong United's song "Oceans (Where feet May fall,)" Jesus called Peter to take a step of faith, to get out of the boat, and through his power, walk on water. Taking his focus off of the Lord, he falters. Calling out to Jesus for help, Jesus replies with "O little faith, why did you doubt?"

Jesus asks us all this same question. Jesus is calling us to get out of the boat, take a step and trust in God. Cook's vocal prowess declares through the power of god, there is nothing we can't do.

Jonathan and Melissa Hessler of Bethel Music write this upbeat Christian song (or better yet, the song flowed out of them) as their friends' son Jaxon fought for his life after he and his sister Addie were infected with a potentially deadly kidney infection. The Hesslers along with other members of the church kept declaring this song over the kids, even when it was easy to give in to fear and doubt. When the kids were healed fully, the Hesslers made released this song as a reminder to all of us that when things look bleak-there is still hope for us in the midst of our unbelief-we can choose to worship.

Christians know fear is the enemy of trust. If this is true, why do so many Christians struggle with fear and anxiety? Francesca Battistelli tells us enough is enough. Tired of leaning on her own understanding, she is ready to break up with fear-for good!

Battistelli relies not on fear to give her identity but through it embraces her identity that comes from Christ-the antidote to fear.

Satan wants us to live in fear and distrust of God, but Battistelli tells us living as daughters (and sons) of the King makes us royalty-and when we sit next to Him, there is nothing to fear.

Lead singer Bart Millard of MercyMe yet again writes from his personal pain. His time, he wrote this for his son, who at the age of two was diagnosed with juvenile diabetes. This song was modeled after Daniels' words which say, "If we are thrown into the blazing furnace, the God we serve is able to deliver us from it, and he will deliver us from Your Majesty's hand. But even if he does not, we want you to know, your Majesty, that we will not serve your gods or worship the image of gold you have set up."

Millard's childhood is no secret to any of Mercy Me fans. But his overcoming adversity and chasing after God's calling has undoubtedly led to their success. Millard's testimony as well as MercyMe's lyrics tell us God is for us-even when He doesn't work in the way we want Him to.

David Crowder's departure from the worship scene proved a success for Crowder, whose album I Know a Ghost sounds more like bluegrass and southern rock than pop, "Run Devil Run," is,in a word, fun. For us who want to tell the devil take a hike, Crowder does that and more.

Crowder doesn't shy away from talking about the devil or being clear that is the power of the Holy Spirit that allows us to resist the devil's charms. Taking other rhythmic risks like "Wildfire" paired with songs you would expect like "Red Letters," Crowder takes risks in music, and dares us to take risks in our faith as well. If you are looking for a unique sound with a southern twist, "Run, Devil Run" is the song for you.

Lauren Daigle's breakthrough album has shattered records and made Daigle a household name. As the third most successful musician of all time, Daigle's occupation could have been completely different. Daigle planned on entering the medical field to do missions work, she contracted infectious mononucleosis, which kept her out of school for almost two years. As she reflected on her new direction, her family urged her to try out for American idol. She tried twice, being cut just before the top 24, and being cut during Hollywood Week, it seemed all hope was lost. That was until she appeared on Northpoint Inside Out's album, which is what changed everything.

Signing with Centricity music, her first full- length album How Can It Be released in 2015. Winning several awards for the album, she then released Look Up Child. The album's title track speaks to the hearts of all those who question where God is in the midst of trials. Daigle's response is simple and a true reminder of what we can do when we are feeling down-look up.

In this technological world of immediate entertainment, try emptying out your mind full of lies, fears and doubts and fill it with the truth of Jesus-who is the only truth we will ever need.

Be sure to share these 9 upbeat Christian songs so others can also find comfort in God’s truth!