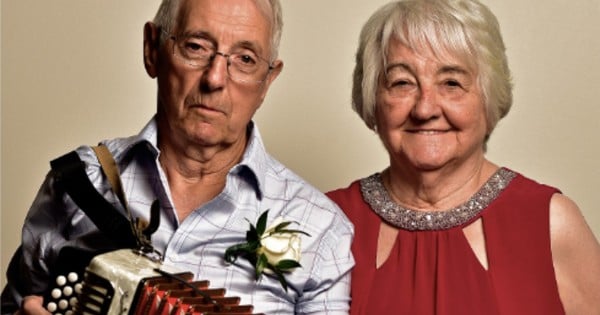 A wedding gift for a newlywed couple was not opened until 9 years after their wedding day. And what they found was priceless.

Kathy and Brandon Gunn are a couple from Michigan, and they were married in September 2007. One gift that they received on their wedding day was a box from Kathy's great-aunt Alison. On the front of the gift, it read, “Do NOT open until 1st disagreement.”

The couple had forgotten about the present for years, even though their marriage had disagreements and arguments. It wasn't until they were thinking about getting a gift for a friend's upcoming wedding that they remembered their one gift that was still to be opened.

"I thought back to our wedding day (nearly 9 years ago) and tried to recall the gifts that had meant the most to me," Kathy wrote in a post on Facebook. “The funny thing? The gift that meant the very most was still sitting in a closet... unopened. All along, we assumed that the contents of that box held the key to saving a marriage – an age old trick – unbeknownst to us rookies. After all, my Great Aunt and Uncle had been married for nearly half a century.”

When Kathy and Brandon finally opened the mysterious present, what they found inside was so sweet.

There was one note, wrapped around money, and addressed to Kathy. It read, "Kathy, go get a pizza, shrimp, or something you both like. Aunt Alison. Get a ‘bath’ ready.”

Brandon also had a note addressed to him wrapped around money. It read, “Brandon, go get flowers and a bottle of wine. Aunt Alison.”

“For nine years that box sat high on a shelf in various closets gathering dust, yet it somehow taught us about tolerance, understanding, compromise and patience. Today, we decided to open that box, because I finally had a realization," Kathy wrote in her post. “I realized that the tools for creating and maintaining a strong, healthy marriage were never within that box – they were within us."

YOU MAY ALSO LIKE: Couple Trusts In God As They Take In 5 Sisters Following The Tragic Loss Of Their Mother

What a sweet story that reminds us about how important forgiveness and compassion is within a marriage.

“Tonight, we tucked our kids in bed and my husband and I enjoyed a glass of wine on the deck. We were talking about how…