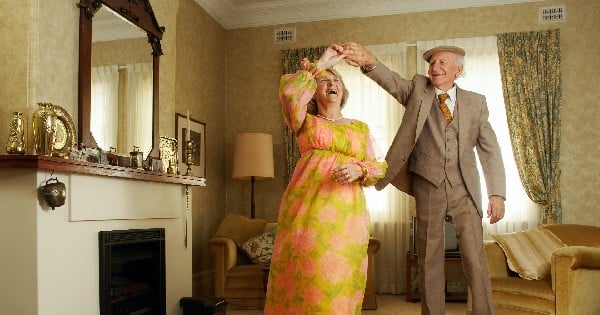 His Wife Of More Than 60 Years Was Gone. But The Surprise Secret She Left Behind? Whoa!
Read Article »

Have you ever lost something really valuable if only to you? Everyday, you search and search retracing your steps and feel so sad that it’s missing. I have and while it may not hold a tremendous amount of monetary value, it’s the emotional value that can’t be replaced. Teri Prentice, of Trenton, MI lost her son in 2006 and while she’s still learning to cope with that incredible loss, it was something of her son’s that went missing that will have you sighing with relief at the end of her story.

Teri Prentice spent Sunday morning shopping at Trentwood Farms Market and the Dollar Store. She made the stops before visiting her son, Zack, at the cemetery.

While there, she noticed that the necklace she was wearing with Zack's thumbprint on it was missing.

Zack Prentice, a former Trenton High School student, and athlete, died in September 2006 after battling adrenal cortical carcinoma for seven months. Zack was diagnosed with cancer at 19 while he was studying at Michigan State University.

"The form of cancer Zack had is very aggressive and rare," Prentice said. "It was difficult to find treatments for him.

It all just happened so fast."

Prentice said that if her house were to burn down, she'd save her photos and the thumbprint necklace.

"I think that says a lot about how much it means to me," she said.

Despite feeling distraught after leaving the cemetery, Prentice said was scheduled to work a shift until midnight. Immediately after getting off work, she went back to the parking lots of the stores to look for the necklace by using the headlights of her vehicle.

The next day, Prentice went to the Police Department to file a report in case someone brought the necklace in. She also turned to social media and posted a message that was shared by over 1,000 people.

"It warms my heart that there were so many people out there who were looking for the necklace and praying that I'd find it," she said. "It has restored my faith in humanity."

The next evening, her husband, Dave, was leaving their house and while walking down the driveway, he saw the thumbprint necklace.

"My husband and I scoured the driveway over and over before that," Prentice said. "The necklace is big enough to where I would have seen it right away."

Prentice said that during her visits with Zack, she does a Bible study where she reads a different part of the Bible each time. The day she lost the necklace, Prentice said, she opened it to a page with a message about being patient.

"When I read the message in the Bible, I knew losing the necklace was part of God's plan," she said. "I knew that whoever found it was meant to for their own reason."

Prentice said that when her husband came running into the house to share the good news, she knew that God had placed it there for him to find.

"My husband needed that miracle," she said. "It has been a very difficult journey losing our son, especially when it all happened so quickly."

Prentice said she believes her son is watching down on her family and knew that they needed something to give them hope.

Despite the story being a "miracle from God," as described by Prentice, she said she is “thankful for Downriver residents who looked for the necklace and who have been there for her. Our family was overwhelmed with their support.”