✕
More in Truth
14+ George H. W. Bush Quotes Remind Us How To Live Life With No Regrets
Read Article »

Antonio Aguillon was already worried when doctors diagnosed his 2-year-old son Leo with pneumonia. But then an X-ray revealed the unthinkable — half of the bones in his chest were missing. Turns out Leo suffers from an extremely rare illness — Vanishing Bone Disease. And he needs prayer!

Little Leo was your typical 2-year-old. Full of life and all over the place!

“He was jumping and running and playing,” says dad Antonio Aguillon.

But then the boy, who lives in Michigan, came down with a cough. So, Antonio took Leo to the doctor.

RELATED: Mom Forced To Make Terrifying Choice As Doctors Say 1 Of Her 4 Babies Is Dying

Doctors discovered the boy’s cough was actually pneumonia. But then a routine chest X-ray revealed things were even more serious. 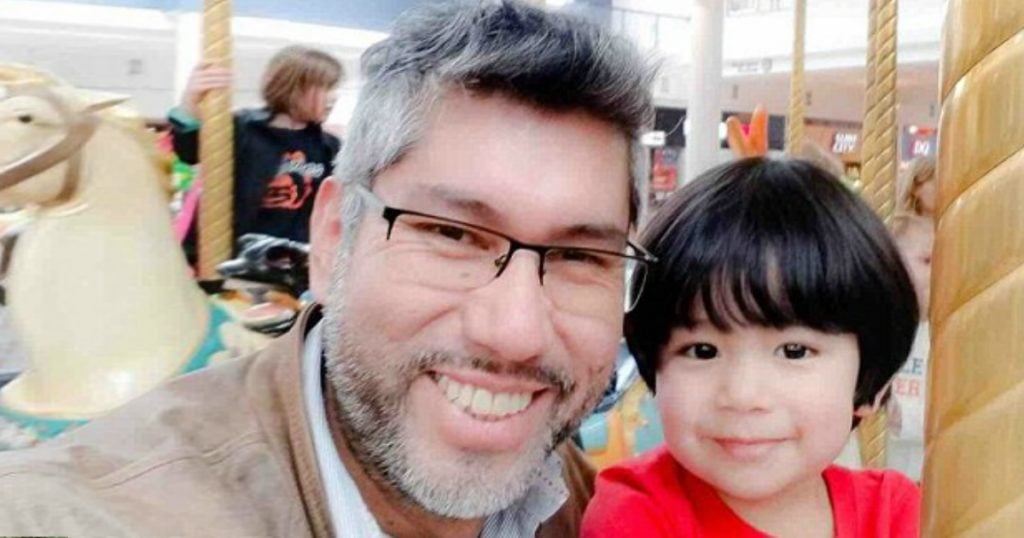 Staring at the scan, something wasn’t quite right. Many of the bones that should have been present in the little boy’s chest simply weren’t there.

"It was extremely scary, we freaked out. We didn’t know what to think,” Antonio said. “Basically the bones are not there on the scan.”

“It's definitely rare,” said medical geneticist Dr. Caleb Bupp. “It's hard to pinpoint a number because it's had so many names over the years, and it's been something that we didn't know what it was, but I think a ballpark around 300 is about what's been reported.”

Dr. Bupp goes on to explain that the disease is completely sporadic. Nothing, in particular, seems to cause it or stop it. They believe it affects the lymphatic vessels inside the bones. For reasons unknown, these vessels get overly active, causing the bones to dissolve and then absorb into the body.

Sadly, there’s no cure for the disease, only treatments for the symptoms. Doctors sedated Leo so his body could fight his pneumonia, and as it turns out, the flu, as well.

“It’s the hardest thing I’ve ever seen or been through,” Antonio Aguillon said. “We have hope… we are confident that he is going to overcome pneumonia and cope with the disease that he has.”

Prayer And Support For Boy With Vanishing Bone Disease

As Antonio prepares for Leo’s extended hospital stay, he and his family have been flooded with support. Friends and colleagues from Grand Rapids Community College, where Antonio works, are doing their best through a GoFundMe page to make sure medical bills are the last thing he has to worry about during this time.

“It’s extremely humbling,” Antonio said. “I’m impressed and overwhelmed by the generosity of the community; my friends, my coworkers, the GRCC family, which is where I work.”

Leo’s parents are by his side each day, talking to him and reading to him. And while the future is uncertain, Antonio says they’re remaining hopeful.

“You don't really know how resilient you are until you are faced with a situation like this,” he said. “I would like to think that we are, we're optimistic though, we are definitely optimistic and we know Leo is an extremely strong little guy, he's a fighter.”

Please keep this precious boy in your prayers. We know God can do amazing things!

“You don't really know how resilient you are until you are faced with a situation like this,” Antonio said. “I would like to think that we are, we're optimistic though, we are definitely optimistic and we know Leo is an extremely strong little guy, he's a fighter.” 1 Timothy 4:10

YOU MAY ALSO LIKE: For 6 Years, Woman Who Felt A ‘Ball Rolling Around Inside Her' Stumped Doctors