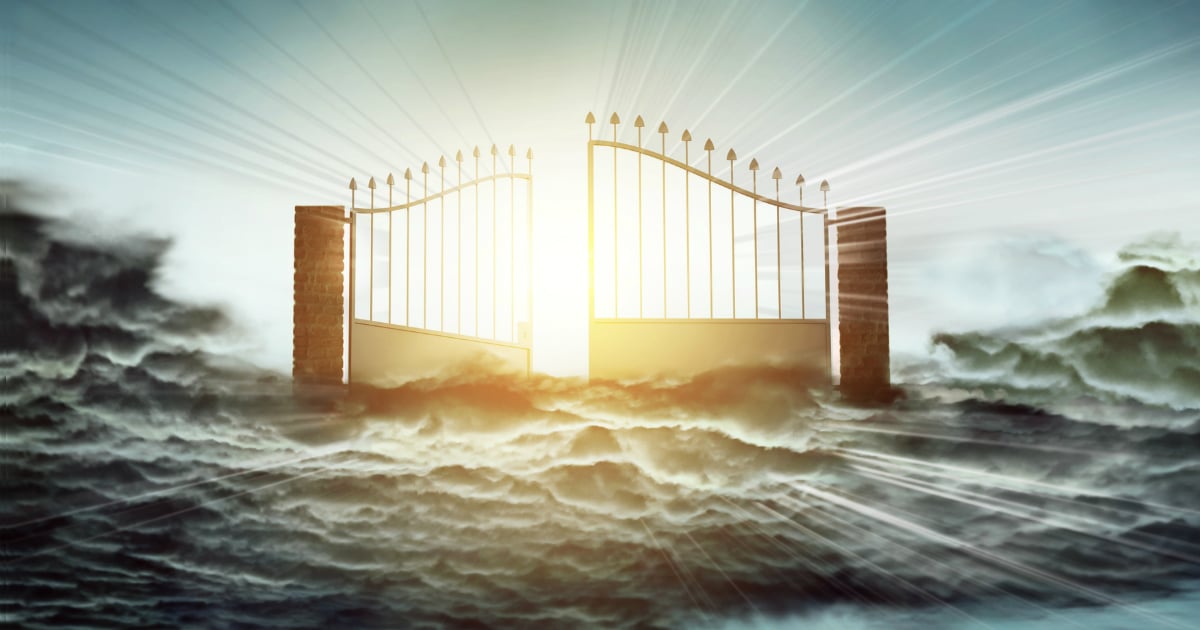 All at once, Angela Mencl, a mother of four, found herself without both a sister and a husband. But God was there. He was always there.

Angela Mencl found strength in her faith. She had to after two back-to-back deaths in her family. One came suddenly with her husband Gary, and the other was totally unexpected. One right after the other.

RELATED: Couple Trusts In God As They Take In 5 Sisters Following The Tragic Loss Of Their Mother

Imagine the heartache. Two loved ones, both gone a day apart. And she still has four children to love and support.

A Phone Call Changed Everything For Angela Mencl

Angela Mencl said her "world turned upside down" after a single phone call. The 39-year-old mother was receiving a call from her husband at the time.

What he told her on the phone was that he felt "off." Then away they went to the hospital along with the kids. Angela ended up having a friend come pick them up to avoid what was turning into a very emotional time.

Her emotions though had yet to climax. Her husband spent hours in the ER before she was approached by a doctor.

RELATED: Husband Leaves A Heart-Wrenching Goodbye Letter To His Wife And Then He's Gone

"I pointed my finger at her and told her to tell me right now what is wrong with my husband. The words she uttered took my breath away. ‘He has a tear in his aorta. It is catastrophic.'"

"My husband was conscious, I had to deliver the news to him. His job now was to remain calm and keep his heart rate from elevating. The more it pumped, the more he bled out. He couldn't freak out but that didn't stop me from falling to the floor and crying as hospital personnel walked around me. "

Gary was taken to be air-lifted to another hospital for heart surgery.

"I thought to take a video of Gare for the kids, we started the video but he couldn't finish. The thought that he would have to say goodbye was upsetting him too much."

That was the last time Angela Mencl saw Gary conscious. They did talk on the phone as he was in the air, and she was making a four-hour drive to the next hospital. They expressed their love for one another over the phone.

RELATED: Woman Senses Something's Wrong Then Finds Out Her Mom Has Been Murdered

At their destination, Angela inquired about Gary's condition. Initially, she received no answers. Eight hours passed before she finally heard something comforting. She pressed the nurse's button and was greeted by employees. After asking about the surgery she was told that the procedure was successful, but then she heard something else also.

"The surgeon came out minutes later and stripped away all the joy and hope that filled the room. He informed me that Gary was conscious, entering the OR but as soon as they got him under anesthesia his aorta tore completely and he coded. They performed CPR as they were opening him but he was without oxygen for five minutes."

The hospital staff let Angela into the room to see her husband and the sight made her tremble.

Angela Mencl remained by her husband's side, speaking love and words of encouragement. Eventually, nurses moved her to the waiting room so that more surgeries could be performed. Her anxiety was far from resolved.

Thankfully, Angela's mother arrived, another presence to give her comfort. But this is when Angela would receive even more bad news. This was the moment she learned her sister died.

"It took a few minutes before my brain could register the words my mom was speaking. I walked back into the room and screamed ‘MY SISTER DIED!' and I chucked a cup of water across the room. A wave of relief washed over me as I thought now that my sister is gone, there was no way God would take my husband too."

More time passed. Then doctors instructed Angela to say a final goodbye to her husband. More pain. Angela had her children brought back to the hospital and they said their final words to their dad. Angela spent an extra bit of time with Gary as he was taken off of life-support.

"The man showed up to take his body to the hospital morgue and I looked at him directly and said, ‘I know to you he is just another body, but to me and my children this body means everything, please take good care of him.' He reassured me he would and gave me a hug."

Despite all the tragedy she has faced, Angela Mencl knows there is light, and that light is God.

"This is when I realized that all the clichés are true. You learn that God truly carries you when you cannot walk yourself. You learn that the people around you are his hands and they never leave you alone. I have survived because of the kindness and selflessness of friends, family, church members, and complete strangers."

Life moving forward will look differently. And yet, God's love is everlasting. May that truth bring comfort to Angela and her family during this time. And may that truth bring light to your life if you, too, are suffering a loss.

YOU MAY ALSO LIKE: A Mother Shows Incredible Faith As She Sees Miracle During Tragedy

"The LORD hath appeared of old unto me, saying, Yea, I have loved thee with an everlasting love: therefore with lovingkindness have I drawn thee." Jeremiah 31:3