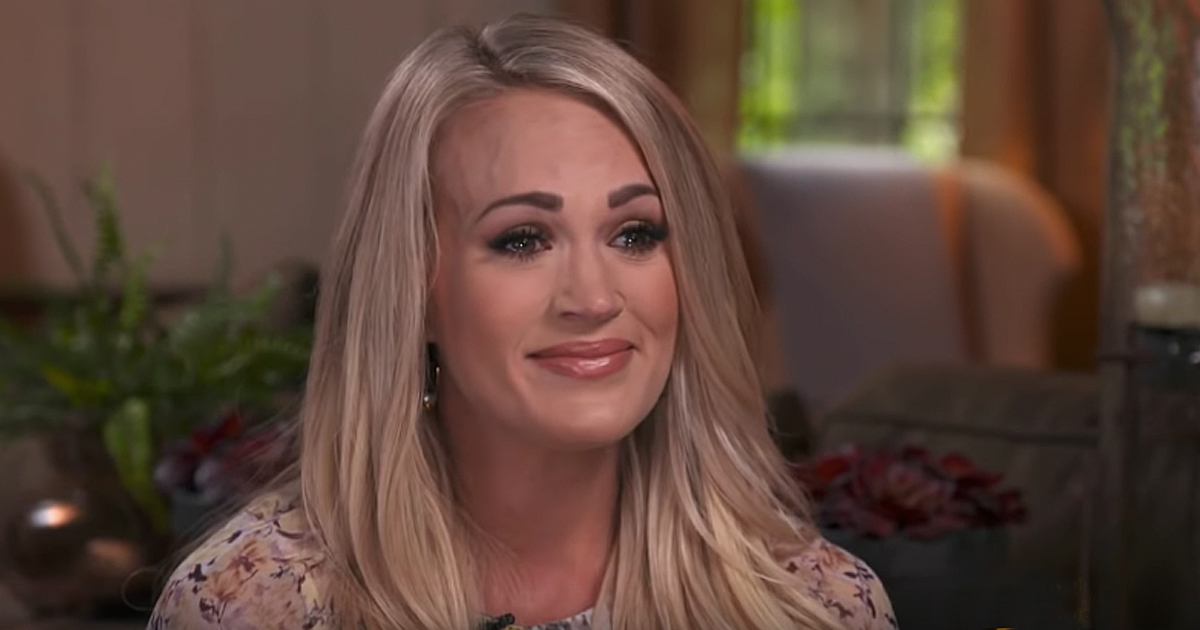 Kristen Webernick and her mom have always been very close. And the devoted daughter sensed something was wrong just before receiving word of her mother’s murder. And this is Kristen’s real-life story of finding peace in the midst of tragedy.

Born and raised in Bay City, Texas, Kristen Webernick had a great childhood. While she has two brothers and a sister, she’s always shared a very special bond with her mom, Melani Freeman.

RELATED: Father Hires A Helicopter Because Of A Gut Feeling And Saves His Son's Life

So, moving away at 18 for her college studies on respiratory therapy was tough. But Melani wanted to see her daughter succeed and encouraged Kristen every step of the way.

"We talked every day," Kristen says. "She was always very supportive."

After wrapping up her studies, Kristen met and fell in love with a man named Zack. He eventually became her husband and again, Melani supported her daughter during this new stage of life.

"We always talked multiple times a day, even if we were both working," Kristen recalls.

Both Kristen and her mom, who was by then a grandma of two, lived busy lives. But they still made time to visit several times a month.

And Melani was still right by her daughter’s side when Kristen and Zack tied the knot in 2016.

"The wedding was everything we could have dreamed of," Kristen says. "My mother always said I was so blessed to have Zack – she knew from the moment she met him that we were meant to be together."

And as things settled down from the wedding, Kristen and Melani continued their habit of staying in touch regularly.

By now, Melani was especially busy. On top of working, she was also caring for her elderly parents. She made daily trips to their nursing home to make sure they were doing well. 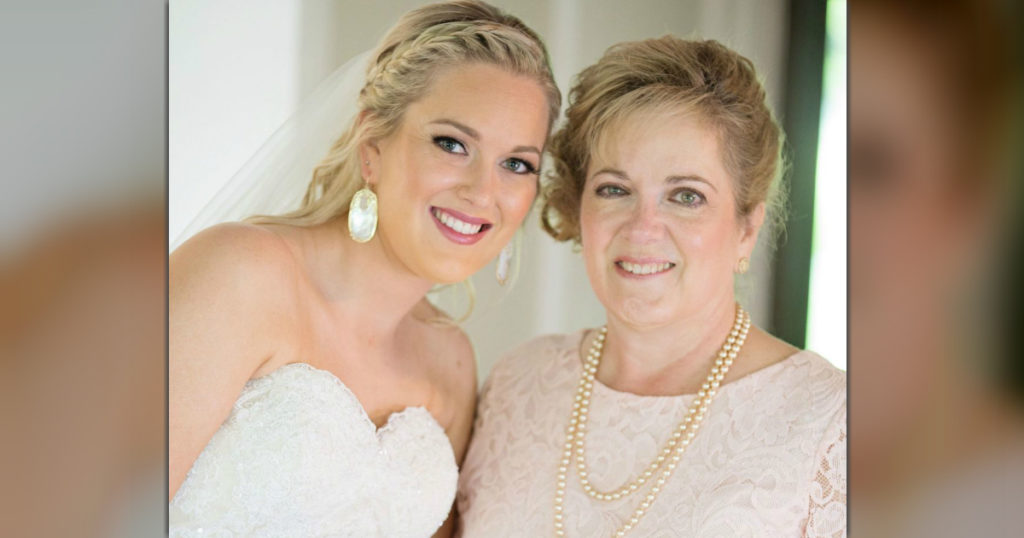 And when Kristen’s grandfather passed away, his death started a chain of events with a very tragic end.

Melani informed Kristen of her grandfather’s passing, then headed to the nursing home to start making funeral arrangements. Since the mother and daughter stayed in constant communication in even the best of circumstances, Kristen found it odd as the hours ticked by with no word from her mom.

That’s when the daughter sensed that something was horribly wrong.

"I was sitting at my house, and I talked to my mother earlier that day," Kristen says. "But I hadn't heard from her in a while, and I couldn't get her on the phone. It was almost as if there was a presence, like God saying something wasn't right.”

Kristen kept calling her mom’s phone with no success. She even checked in with her grandmother, who hadn’t heard from Melani either. And that’s when Kristen thought about her uncle and the strained relationship he had with the family.

"He'd been causing some family drama," she says. “I begged my mother not to go around him anymore because he had a troubled past and was very upset that my mom was the executor of my grandparents' estate."

Kristen’s bad feeling continued until something her grandma said assured her the worst fears had come true.

While on the phone with her grandmother, the older woman told her granddaughter the nursing home was on lockdown.

She just knew right then and there her uncle had done something awful. She left and headed straight to the nursing home to try and get answers. The home was surrounded by crime-scene vehicles and there, in the parking lot, sat Melani’s car.

On the way to see her grandmother, a detective stopped Kristen and told her the terrible news.

"He told me my mother was dead," she recalls. "My uncle had killed her – and then killed himself."

Even though Melani’s daughter sensed something was wrong all along, the devastating news still hit like a ton of bricks. And yet, in the sea of emotions, Kristen also felt a strange sense of peace — a feeling like her mom was telling her she was ok.

"We celebrated her life the way it deserved to be celebrated," Kristen says. "My mother had this radiant light about her – she was very strong, very calm, very nurturing. She was a doting, loving grandmother.”

In fact, the day before her murder, Kristen had told Melani she and Zack were trying to start a family. And just three days after her mom’s death, Kristen found out she was pregnant.

Life Gets Even Harder

Kristen was still deep in the throes of grief. Having such awesome news only reminded her Melani wasn’t there to hear it.

"The first person I would have called would have been my mom,” she said. “I was happy but going through so much grief, so the timing was crazy." 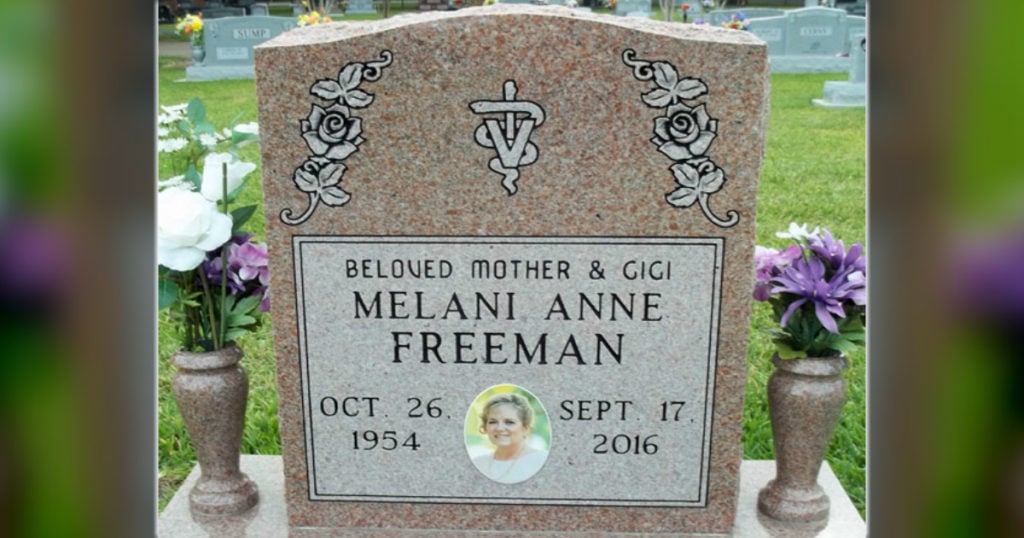 But the pregnancy gave her the boost she needed to soldier on.

"The pregnancy forced me to eat and sleep," Kristen says. "Because it wasn't just about me, it was about the baby, too."

We know from Ecclesiastes there is a time for everything and a season for every activity under the heavens. We just don’t always understand the timing or purpose. And this is one of those times. Soon after finding her ray of light in her pregnancy, Kristen suffered a miscarriage.

But that’s where faith comes in. And that’s what makes Kristen such an inspirational overcomer. Despite so much tragedy, she’s carried on. She’s trusting in God’s plan and is finding peace in the knowledge she will one day be reunited with both her mother and her baby.

"My mom shows me many signs that she and my baby are safe in heaven," Kristen says. "I have seen seven double rainbows. My mom has her grandbaby up there with her now, and in a way, it brings me peace. Until I get there to meet my baby, my mother's probably telling (him/her) all about me."

YOU MAY ALSO LIKE: Prisoner Hears from God And Confesses, Confirming Family's Worst Fears