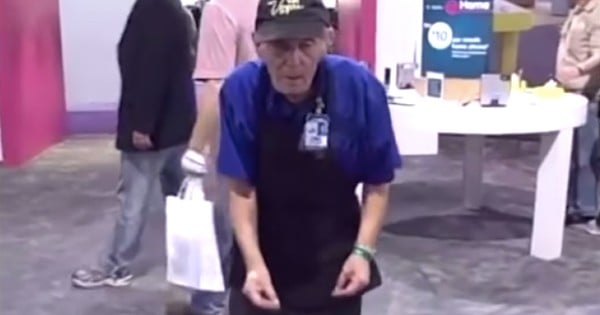 Prepare To Laugh Out Loud With This Funny Parody Song About Getting Older: ‘It’s Aging Men’
Read Article »

The lyrics to Angels Among Us by Alabama are truly powerful. But there’s also a chill-inducing true story behind the hit song that not everyone knows!

Becky Hobbs is the one who initially wrote the song Angels Among Us by Alabama. And she’s has a strong faith in the Lord.

RELATED: The True Story Behind ‘Tears In Heaven' By Eric Clapton Is Utterly Heartbreaking

Becky recalled having premonitions of dying in the mid-1980s:

"I would be almost in the dream state, but I'd feel like an impact. And I'd sit up in bed and my heart would be pounding."

On her birthday, January 24, 1986, something scary happened to her. The premonition seemed to become a reality.

"An energy took a hold of my arm and pulled me out into my front yard. This front yard out here. I stood under a little maple tree and I looked up at the clear January sky. And I heard a very loud masculine voice, ‘Be careful, this may be your last birthday.'"

The next day she traveled on the road with her band. Stuck at a red light she noticed a big rig 18-wheeler driving down the road toward the intersection, but it was moving so fast she knew it was not going to stop on time.

"I looked out the left window of the Dodge Maxi van. And there was an 18-wheeler just barreling towards the intersection and I thought, ‘My God if this light turns red he's not gonna be able to stop.'"

The truck hit them and totaled the car. Their vehicle spun, its trailer breaking off from the impact.

The entire band was thankfully safe and only had minor injuries.

She took her experience as a warning from a guardian angel.

Close Call Inspires Angels Among Us By Alabama

Back at home, Becky sat at her piano and wrote lyrics to the song. She wrote as much as she could. But then, Becky found herself stuck in the process.

"I had what I felt like was a real compelling melody, but that was all I could get. I couldn't get the verses. The verses wouldn't come to me."

RELATED: 5 Siblings Make Up The Five Strings Family And Today They Are Performing ‘Angels Among Us'

About 10 years passed and for no reason the song came to mind for Becky again. She called up her co-writer Don Goodman in 1993 and shared the song with him. They had two writing sessions and finished the song.

Within two weeks the song was recorded and complete.

The song was such a hit upon its release that Alabama released a book of letters submitted by fans with encouraging stories of their own "angels."

Knowing that God is after our protection and wants us to live safely and holy is an idea confirmed in scripture.

"For I know the plans I have for you"-this is the Lord's declaration-"plans for your well-being, not for disaster, to give you a future and a hope." (Jeremiah 29:11)

We can strive to live life unafraid because God has such great plans for us. And if we find ourselves lost, in despair, we can have hope.

YOU MAY ALSO LIKE: Tragic Story Behind New Jeremy Camp Movie ‘I Still Believe'

God may just send an angel our way because He can make miracles happen. Always.

WATCH: Story Behind Angels Among Us By Alabama