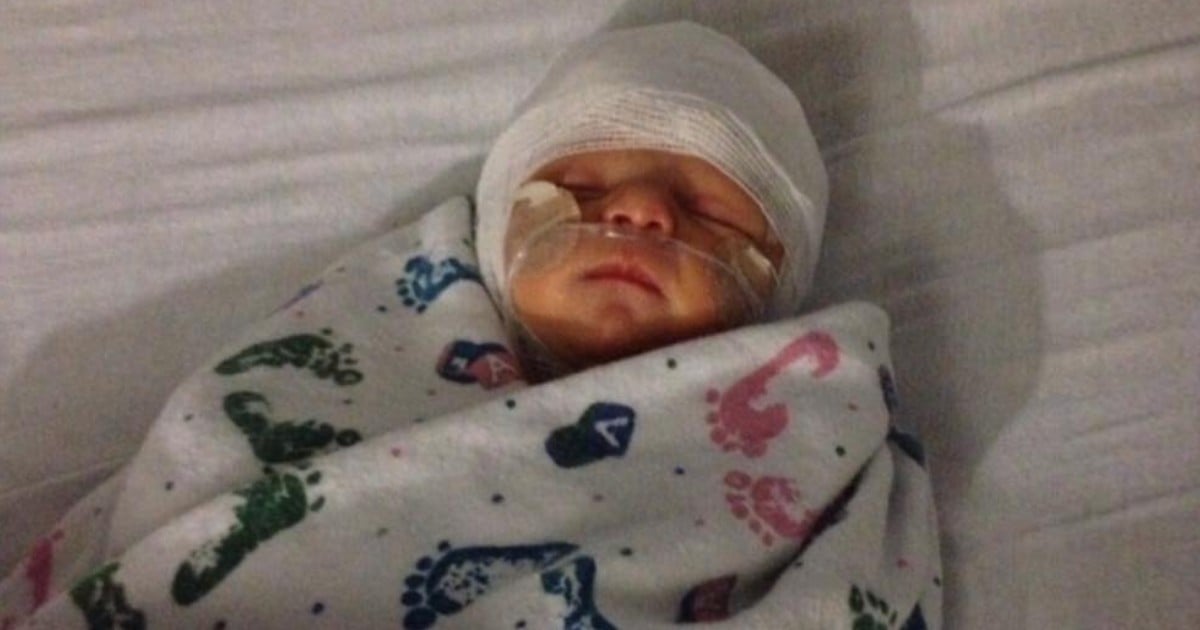 A newborn baby found in a trash bag behind a church in North Carolina is safe. And it’s all thanks to prayers and divine intervention!

Cynthia Burton usually takes the same route when walking her dog, Flounder. But on this particular day, she went a different way home.

God had put her in the right place at the right time to save a life!

Baby Found In A Trash Bag

It was a hot day when Cynthia took her dog for a walk. So, to avoid the scorching pavement, Cynthia and Flounder took a different route home.

Their new path cut behind Christ Community Church. And as they were walking through, Cynthia heard an odd sound coming from one of the blue trash bins behind the church.

Cynthia Burton decided to take a closer look. As she lifted the lid to the trash can, she realized the noise she was hearing was cries. She ripped open a trash bag and found a newborn baby inside.

“I knew he was alive when I found him and I knew that was a good thing,” she explained. “But I knew I didn't have a lot of time.”

Horrified, Cynthia started yelling for help. That got the attention of Tamara Austin, who lived in the apartments nearby. And like Cynthia, Tamara was shocked to see someone had put a newborn baby in the trash.

A Wave Of Prayer For Abandoned Child

Sadly, this baby experienced the worst life has to offer during his first day on earth. His 21-year-old mom delivered him in secret in the bathroom over the toilet. Later, she put him in a trash bag and dumped him at the church. Authorities have located her and are charging her with attempted murder.

Those first hours of life were horrendous. But the Good Samaritans who found the baby in the trash bag did all they could to show him what a blessing he is.

As they waited for paramedics to arrive, the women knew this sweet child needed his Heavenly Father. So, Tamara started praying. Then, Cynthia began singing ‘Jesus Loves You’ and Tamara joined in.

These women showered this sweet boy with the love he should have received from his mom. And it made for an emotional moment

"I was praying and talking to him," Tamara recalls. "I said, ‘hang in there little man, we have help coming for you, and God has a purpose for you.' He actually grabbed my pinky finger when I said that. So, that was very heartwarming to say the least."

No one is sure just how long the newborn spent in the trash bag. But miraculously, he was just fine and is now in the custody of Child Services.

This tiny, little baby left a huge impression on Cynthia Burton. She knows the baby found in a trash bag was way more than just a chance encounter.

"I know God put me at that place at that time," she said.

It’s heartbreaking to know the boy’s mom didn’t want him. And that she resorted to such horrific methods. But her decisions don’t change this precious child’s worth one bit.

"He's special. He was loved from the very beginning that I got him in my arms,” Cynthia explained.

YOU MAY ALSO LIKE: Abandoned Baby Graduates From College Where She Was Found

Even at such a young age, this baby boy was ready to fight for his God-given place in this world.

“He's very powerful and very strong because he cried out to live,” Cynthia said. “He cried, and he kept on crying. He cried until I went and got the bag and pulled him up and, when I opened the bag, he stopped crying. That's when I think he knew he was safe.”

We’re so glad these kind women found the newborn baby when they did. God certainly has big plans for this little boy!