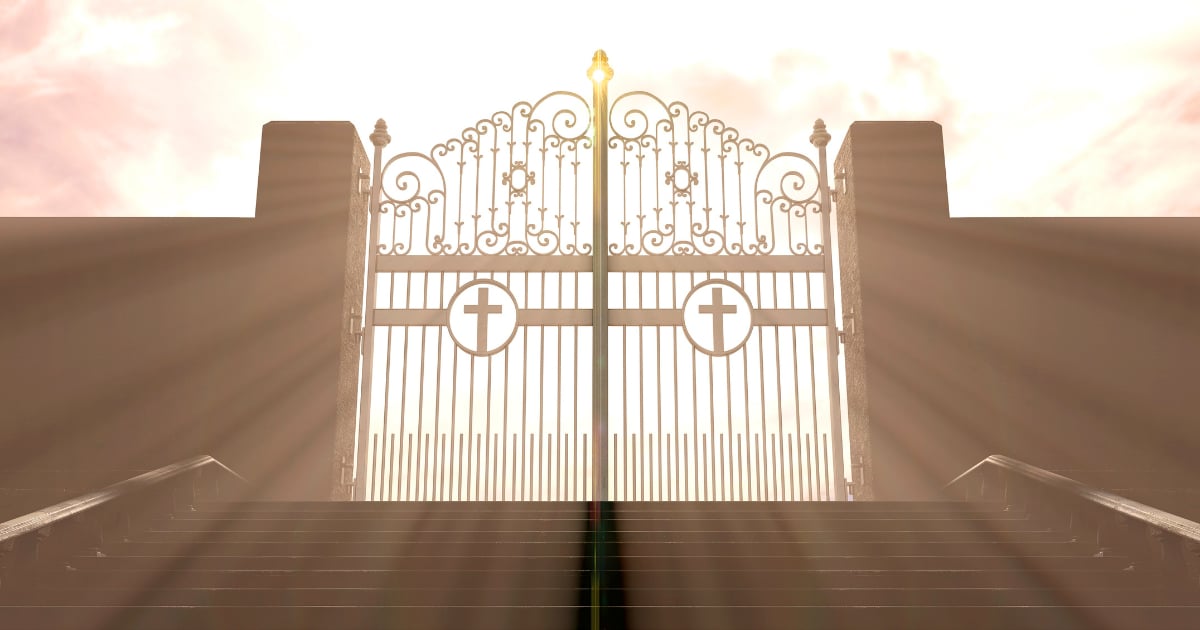 The odds of beating stage 4 colon cancer are grim. But one woman's prayer life reveals our God is God of miracles. This mom was surrounded in prayer during her fight for life and she’s giving God all the glory for her victory!

At the age of 34, Raina Simpson was in the fight of her life. After doctors diagnosed her with colon cancer, they told Raina and her family it was time to say goodbye. It was time to get her affairs in order because she wasn't going to make it.

Raina and her family prepared for the worst and put their faith in God. She knew deep down that God was ultimately in control of beating stage 4 colon cancer. And He would heal her one way or another-whether it was on this side of heaven or not-she trusted her Heavenly Father.

Raina Simpson relied on talking to her mighty, Abba father as she stormed the gates of heaven with her prayers. But it wasn't just Raina who chose to look to God. Her family, her community, her children's school and church all joined in. Hour by hour and sometimes minute by minute, she was talking to God.

Like the Israelites marching around the walls of Jericho, Raina's family and church community believed God would be with her every step of the way through her journey to fight her cancer. The day before treatment began, they gathered to march and pray around her house.

It was an incredible testimony to believers and unbelievers alike in the power of prayer. Raina believed at the core of her spirit, putting her faith in God was how she was going to make it through her grueling battle!

RELATED: News Anchor Wonders How Much Time She Has Left As Cancer Screening Keeps Getting Moved

Dozens upon dozens of people showed up to walk and pray around Raina Simpson’s house, astounding the mom.

Her friends took drone footage that day and then posted the video online with this caption:

"Our neighbor and friend used his drone to record a bunch of friends and family from our church and others walking and praying around our house very shortly before I found out about my diagnosis and before I went to Markey Cancer Center to meet the doctors for the first time. This was an unbelievable experience and such a gift from the Lord. People from all different backgrounds walking around my house asking the God of the Universe to have mercy and heal me! They Prayed and Sang and brought joy to my entire family. Such a gift!"

After going through several rounds of treatment-Raina had a checkup, and her doctors were stunned. Incredibly, there was no cancer to be found in her body!

"But it was one of those moments you say, ‘I can't believe it. I can't believe it, does that mean the race is over?' Because, it's weird, you don't know you crossed the finish line," she said after she received the news.

After being miraculously cured of cancer, Raina says she has a new motto: "Trust God and laugh and do the next thing." And for Raina her next step is to stand in the gap with other cancer patients. What an incredible God we serve!

YOU MAY ALSO LIKE: God Sends A Divine Healing To A Dying Pastor With Stage 4 Cancer

"She is clothed with strength and dignity, and she laughs without fear of the future." Proverbs 31:25

LISTEN: Family Is In Desperate Need Of Prayers After 6-Year-Old Dies in Tragic School Bus Accident; Nurse Emerges From Interstate Pile-Up That Ended 6 Lives And Heads Straight To Work