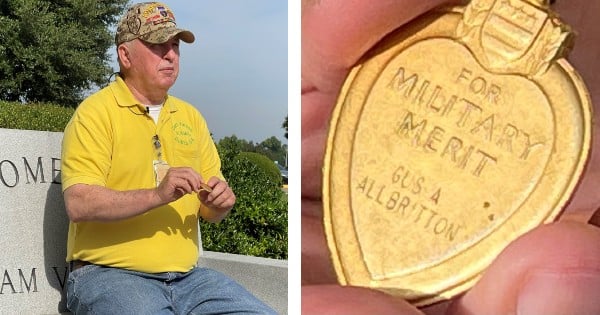 After 40 Years, He Figured His Purple Heart Medals Were Gone Forever, But Then A Miracle Happened
Read Article »

A boy who fell in a terrifying near-death experience is being called a miracle. A four-year-old boy who fell 70-feet off a cliff survived, and the explanation is God.

It's not luck, it's not by the sheer will to live, it's by the mighty hand of God this sweet boy is still with his parents.

RELATED: Horrified Strangers Rush To Help After Boy Falls 5 Stories From A Window

A family thought going for a hike would be a great way to spend precious time as a family–to connect with one another. It was also a great way to get some fresh air.

So, this precious little family chose a great place to hike near the Princess Arch Trail in Pine Ridge, Kentucky. While they were walking along the trail, the little boy suddenly slipped and began tumbling down the cliff.

His terrified parents watched helplessly as their baby boy fell more than 70 feet. As he fell, he hit multiple ledges on the way down. The boy's father began climbing down the hill as quickly as possible, desperately trying to get to his son.

Much to his father's surprise, his son was pretty much unharmed. He was alert and talking. He only had a few bruises! The world may be calling him lucky, but we know this boy who fell off a cliff is a mighty miracle.

God not only protected this sweet boy, but He also proved how He will fight for us and save us. Medical professionals who were called to the scene were amazed. One of them said, "the fact that the boy was not seriously injured was nothing short of a miracle.”

YOU MAY ALSO LIKE: A 3-Year-Old Fell Out A Window And Jesus Was Right There To Save Him

"For the LORD your God is He who goes with you, to fight for you against your enemies, to save you." Deuteronomy 20:4

LISTEN: 4-Year-Old Saves The Day After Alerting Dad To Air Fryer Fire | Man With Alzheimer’s Forgets His Wife, But Then Falls In Love With Her Again