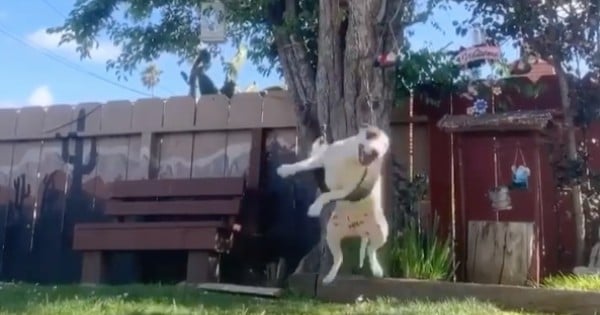 Photos of a 4-year-old boy with a deer became a viral sensation, especially after folks heard the sweet story of how the two “friends” met.

Stephanie Brown sent her 4-year-old son Dominic outside to play as she set to work packing up after a stay at the Massanutten Resort in the mountains of Virginia.

She decided to check on her son when she heard his tiny footsteps on the porch. And the incredible sight waiting for her has turned little Dominic into a viral sensation!

Mom’s Photo Of Boy With A Deer

It turns out, Stephanie’s 4-year-old son had made a friend while outside playing in God’s beautiful creation. There, standing next to Dominic as if it were the most normal thing in the world, was a young deer.

"I see him and the baby deer standing next to each other almost to come inside,” Stephanie said. The mom went on to explain, “I was completely shocked!” I froze for a second because I literally didn't know what to do.”

Stephanie reached for her phone and quickly snapped some photos of the boy with a deer. And after sharing the moment on social media, her post quickly went viral!

Stephanie says the adorable duo was perfectly in sync. If Dominic tilted his head to the side, so did the deer.

And the sweet boy, clad in Rudolph The Red-Nosed Reindeer pajamas didn’t find anything odd about the situation. In fact, he wanted to bring his new friend, who he’d given the name Flash, inside for a snack!

But instead, Stephanie asked the boy to walk the deer back to the woods. That’s just what Dominic did and the little deer rejoined his family.

YOU MAY ALSO LIKE: Grandma Spots Baby Foxes Playing And Seeing Them Having Such A Blast Will Brighten Any Day

The precious photo of the boy with his deer friend went viral in no time. Folks from all over the world commented on just how sweet it was to see something so precious. And with all that’s going on in the world today, it certainly is refreshing to take a moment to revel in the innocence of a child and the beauty of God’s creatures!