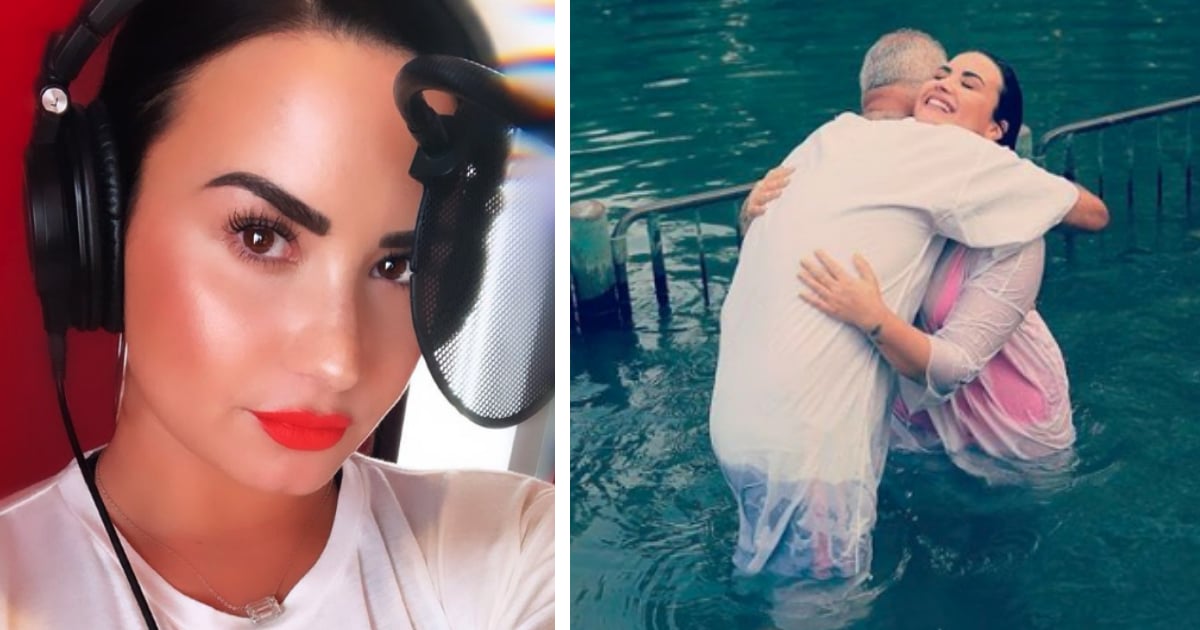 At the end of a long day, I mindlessly turn on the TV to be entertained. I want to laugh heartily, cry loudly, and forget about the hard hours before. But did you know that some of your favorite TV and movie stars may also be Christians? Here are five celebrities you may not know have a strong faith. 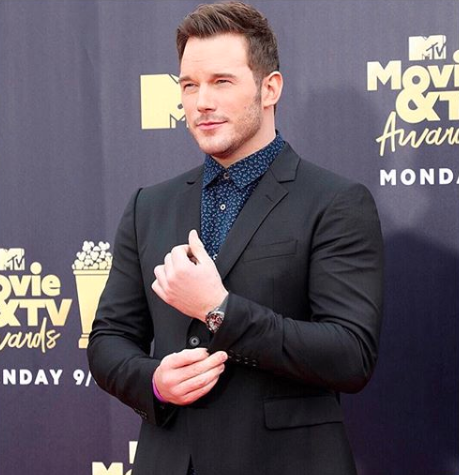 Known for his roles in Guardians of the Galaxy and his stint on Parks and Recreation, he is also known for being vocal about his faith in God. Even through his public divorce of Anna Faris and the diagnosis of his son with special needs, Pratt encourages teens that God is real in his acceptance speech at the MTV awards:

"God is real. God loves you, and God wants the best for you. Believe that, I do." He continued, "Nobody is perfect, people are going to tell you-you're perfect just the way you are. You're not! You are imperfect, you always will be. But there is a powerful force that designed you that way, and if you are willing to accept that, you will have grace, and grace is a gift. And, like the freedom we enjoy in this country, that grace was paid for with somebody else's blood. Do not forget it, don't take it for granted. God bless you." 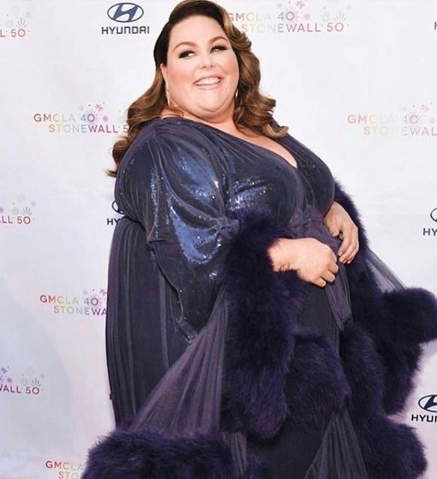 Metz had less than one dollar in her bank account when the producers for this Is Us called her to play the role of Kate Pierson. But it is her role in the box office hit Breakthrough that initiated Metz's declaration of her faith:

"It is hard I think, now, to just be really vocal about your faith, or what you believe in because people want to think ‘it's not cool,' but I'm like, I don't care!" she said. "I have to do what I have to do for me, and I know that the only person that shows up for me time and time again, is God, and is that higher power that's greater than myself. So, I have to honor that. Not because I have to, because I want to, even though people might think it's the uncool thing to do. For me, there's no question about it."

Metz plays Joyce Smith in the film, a mother whose 14- year- old son, John, fell through the ice while hanging out with friends. Experiencing severe damage to his organs, doctors believed he'd never pull through. But it was through the prayers of Smith's church and John's friends as well as the deep commitment of their pastor that allowed John to experience full healing that doctors declared miraculous. 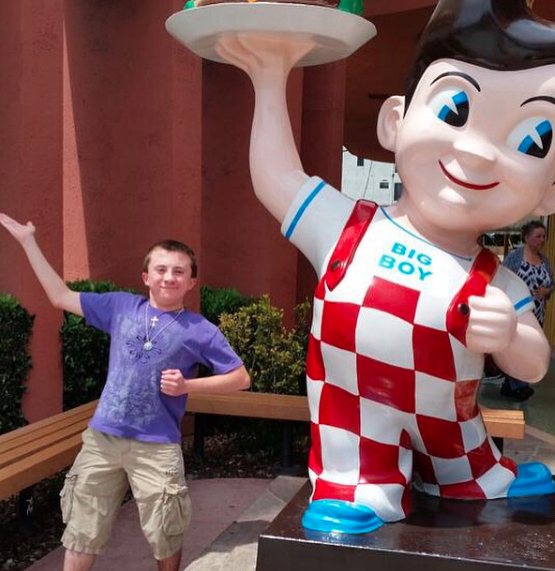 Most fans of the nine- year ABC comedy The Middle are well aware of Patricia Heaton's faith, but few know her costar's faith is also strong. Playing Heaton's son Brick in the show, Shaffer told Pureflix.com:

“I’ve never been one to Bible thump…but I do know there is a difference between right and wrong,” he said. “After I became a Christian and started standing up for my beliefs. a lot of the other crew who weren’t open about their faith started to speak up and talk about it too. So, we all came together and supported each other…In secular TV, it is risky. I’ve worked with people who as soon as they find out I’m a Christian they treat me different,” he continued. “But we became a community and prayed for each other, vented to each other and were there for each other whatever it may be.”

Born with a genetic disorder called osteogenesis perfecta, this disease causes Shaffer's bones to become so brittle they are easily broken. Several surgeries and years of pain, Shaffer says he turned to God in those moments of suffering:

“It’s helped me to be more empathetic and be more compassionate,” said this Christian celebrity. “You get placed in situations where you have to depend on God.” 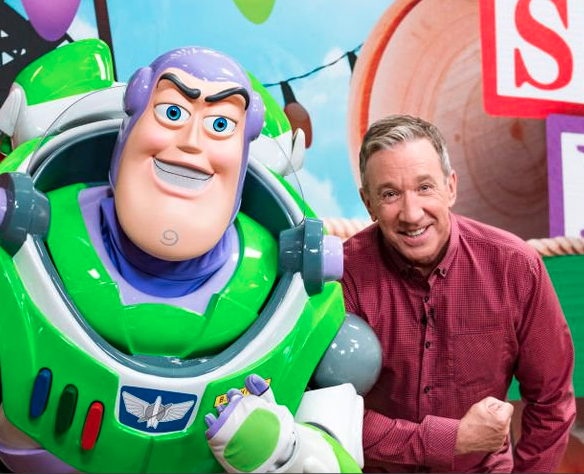 Allen grew up in the limelight with dirty stand- up comedy routines until he landed the life changing role as Tim on Home Improvement. It wasn't until later in life when Allen dedicated his life to the Lord:

"Whoever built me, this is too much, too weird that it happened by accident," Allen said. "It didn't happen by accident." Today, he calls God, "The Builder." "I always do ask... The Builder, what did you want me to do?" Allen said. "And I do ask it. But you got to be prepared for the answer."

Showcasing his acting chops as Last Man Standing's Mike Baxter, he (and his show) lit up Twitter when ABC execs called it quits on the show after six successful seasons, which was the second highest rated show on the network in its time slot.

After Fox picked it up for another season, Allen has not backed down from his religious (or political) views. In fact, this season's episode The Passion of Paul, Allen is asked by his pastor to teach Sunday School in the pastor's absence. After he cons his son-in-law Kyle to teach it for him, the pastor notices Kyle's flair for explaining the bible in a simple, applicable way. The end scene has Kyle and the pastor discussing the possibility of Kyle entering the ministry. Regardless of what happens with Kyle's character. One thing is clear: Allen has a belief in God, and he's not afraid to express it. 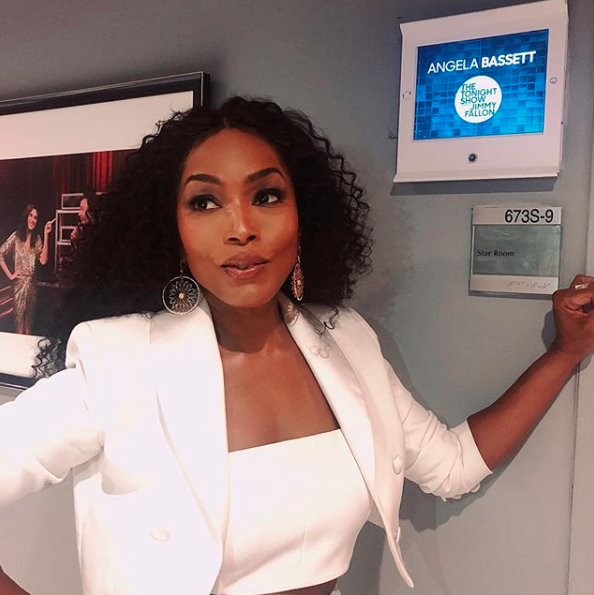 Bassett is most noted for her role as Tina Turner in What's Love Got to Do with It, which earned her a Golden Globe award and Oscar nomination for best actress. Wife of Courntey B. Vance, who portrays OJ Simpson's lawyer in The People vs. OJ Simpson: American Crime story and currently playing a cop on Fox's 9-11, Bassett makes it clear her faith is just like her ethnicity-it is a part of who she is:

“When you realize that every breath is a gift from God. When you realize how small you are, but how much he loved you. That he, Jesus, would die, the son of God himself on earth, then you…you just weep.” She added, “Loving God is like my being black. I just am. [No one says] ‘You know what? I’m gonna be blacker today!’ It’s my culture. It’s not something I put on or take off or show more. You just communicate that in the way you live your life."

A frequent attender of the Los Angeles Church of Christ, Bassett proves Christian celebrities can make it in Hollywood-without losing your faith.

YOU MAY ALSO LIKE: Actress And Singer Demi Lovato Visits Israel And Gets Baptized In The Jordan River