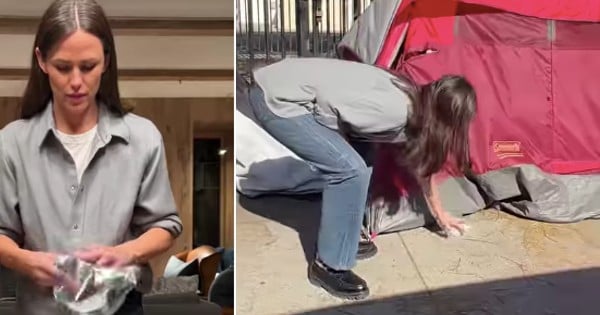 Chuck Norris' daughter is soaking up lost time just as much as he is to make up for a period where he didn't even know she existed.

This story is powerful and inspiring because it shows the redeeming love of a father and doing the right thing, no matter the cost. Chuck Norris didn't know about his daughter Dina for 26 years but then he made things right.

In 1991, Chuck got an unusual letter in the mail. This heartfelt and brave letter informed Chuck that the writer was told that he was her father.

Chuck Norris’ daughter Dina wrote to him not because she wanted money or fame, she wanted to let him know he had a daughter.

When Dina was 16, she had eavesdropped on a conversation her mother JoHanna was having with a friend. During that conversation, Dina was stunned to learn Chuck was her Dad. Instead of confronting her mother, Dina kept this information to herself until she was 26.

I'm sure Chuck had doubts but instead of confirming everything through a DNA test, he said he knew right away when he met her that Dina was indeed his child. At that moment, he went to Dina and wrapped her in a big hug.

He said he felt like he had known her his entire life as tears trickled down both of their faces. He said, "There might be illegitimate parents in the world. I know because I was one, but there are not illegitimate children. God has a plan and purpose for each of our lives."

Wow! Chuck certainly has grace, humility, integrity, and wisdom. And Chuck Norris’ daughter Dina has not only has a beautiful relationship with her father but she has enjoyed getting to know her other siblings, Mike, Eric, Danielle Kelley and Dakota Alan. This father-daughter moment reminds us all how much we need a father's love.

It reminds us too that though we may feel lost and hidden, our mighty heavenly father loves us more than we could ever know.

YOU MAY ALSO LIKE: Candace Cameron Bure Is ‘Overwhelmed By God's Goodness' As Her Daughter Gets Baptized

“I have loved you with an everlasting love; therefore I have continued my faithfulness to you.” Jeremiah 31:3