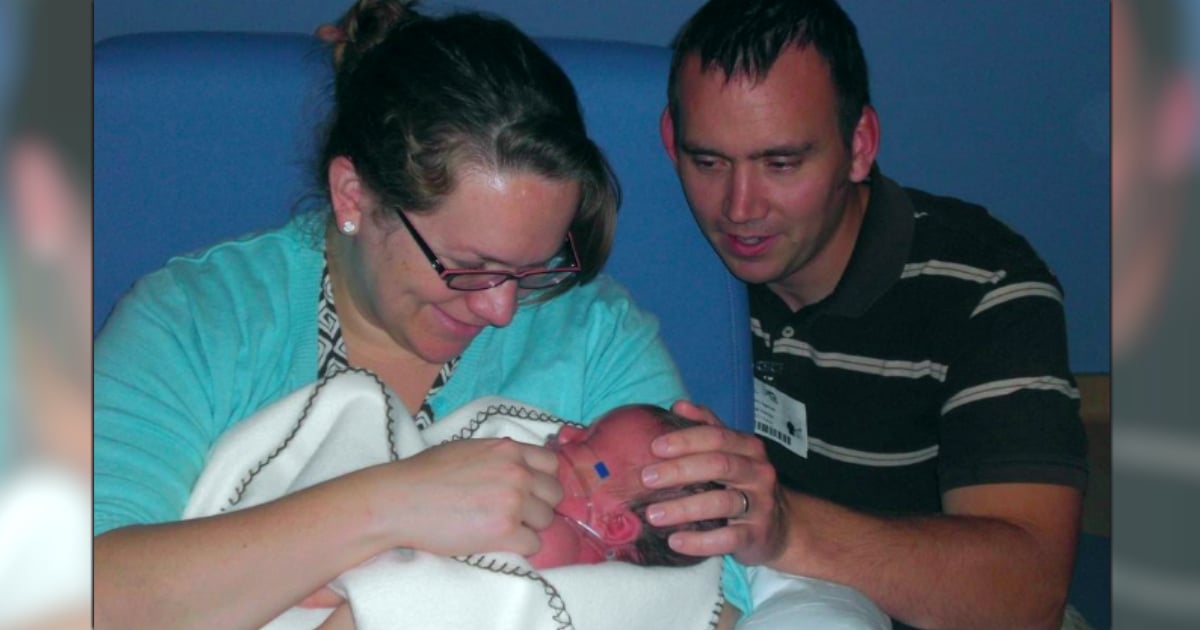 A photo of a cop washing the foot of a mentally ill woman named Priscilla living on the streets quickly went viral. But here’s the inspiring story of what God did after this powerful image took the internet by storm.

Martha Ruth Lohnes is the officer seen in a photo of a cop washing the foot of a mentally ill woman, which went viral in 2017.

This amazing woman sees her role as a police officer in South Carolina as more than a job. It’s how she serves God.

Being a police officer is no easy task. But Martha doesn’t shy away from the tough assignments. In fact, she prefers to work in challenging neighborhoods where she can show the love of Jesus.

“Kind of bad areas with bad things going on, that’s where I can shine the most and be the most light,” Martha Lohnes says.

Martha was shining that light on a mentally ill woman named Priscilla when she ended up going viral.

Priscilla is part of the community Martha serves. The woman is mentally ill. She sits in a rotting chair under a bridge with severely swollen legs due to an infected foot.

Most people ignore and avoid Priscilla. But not Martha. The compassionate cop checks on her regularly and goes out of her way to try and get her help.

“She refuses to go to the hospital although I have called an ambulance for her several times,” Martha explained in a post on Facebook. “I have begged her to let me take her to the hospital but she’s so stubborn and I can’t force her.”

So, Martha took matters into her own hands. She purchased some first-aid solution and got down on her hands and feet to tend to this woman’s wound. Martha’s partner secretly snapped a photo as this cop washed the foot.

The experience moved Martha deeply, and when she saw the photo, she wrestled with whether or not to share it on social media.

“I didn’t want to seem like I was looking for recognition. I don’t care for that,” she said.

Martha ultimately decided the image and story were too powerful not to share. And in no time, the police officer’s kind deed went viral.

But what God was doing while the cop was washing the woman’s foot, as well as what He did afterward, is what truly makes this such an amazing story.

The Hands And Feet Of Jesus

As Martha Lohnes acted as the hands and feet of Jesus for Priscilla, it reminded her why she’d become a police officer.

“We [police officers] get on our knees in the dirt to show love by washing the feet of those others would reject. Moments like these are the reason I am so passionate about what I do,” she explained. “I have never felt closer to Jesus than when I don my uniform and serve those who just need to be loved on.”

Police work is hard in so many ways. But one of the toughest according to Martha Lohnes is how her “blue family” is ” hated and wished to be dead” by some.

But as this cop washed the foot of a mentally ill woman society had discarded, she knew she was right where God wanted her.

“My heart remains at peace because I know I’m doing God’s work,” Martha said. “As is every man and woman I proudly serve beside.”

Martha had to cling to that knowledge after her post went viral. Unfortunately, as much positive attention as her post drew, it also drew attacks from plenty of internet trolls accusing Martha of seeking attention and glory.

In fact, the harsh criticism caused Martha to take a break from Facebook altogether for a while. But even though she faced adversity, that didn’t mean God was done using her good deed to do His work!

What Happened After Photo Of Cop Washing Foot Went Viral

Thanks to all the attention from Martha’s post, she learned she wasn’t the only guardian angel in Priscilla’s life.

Apparently, Charleston County EMS was also checking on Priscilla regularly. In addition to giving her medical attention, they would also clothe and feed her.

“They are the ones who deserve the recognition,” Martha said. “They are the real representations of Jesus and should be thanked a hundred times more than I.”

The paramedics eventually convinced Priscilla to get even more help at the hospital. Martha, the EMS, and the Fire Department continued to visit and treat Priscilla and her foot healed.

The viral photo of the cop washing the homeless woman’s foot led to a beautiful reunion. Priscilla’s family members had been looking for her with no success. But when Martha’s post went viral, it led the family straight to Priscilla!

“I have been in contact with several of her relatives who have finally been able to shower her with love and prayers and necessities. Today I met three family members who were under the bridge dancing and singing and praying over her,” Martha reported.

The family worked to convince Priscilla to get off the streets and let them take care of her. And despite the harsh criticisms by some, Martha rested in the knowledge that God had used her for a bigger purpose.

YOU MAY ALSO LIKE: Police Escort 9-Year-Old Son of Fallen Officer to School on First Day

This isn’t Martha Lohnes’ first time in the limelight. She caught national attention before for the compassionate way she responded to a 2-year-old who called 911 for help putting on her pants. And Martha still continues to keep in touch with the little girl!

Responding to God’s call is rarely easy and will always involve some level of adversity. But what a blessing it is to do His work!