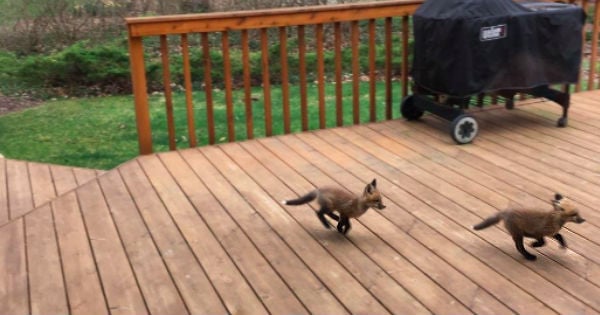 Recently, a woman captured a sweet picture of a dad at graduation with his little daughter. And the photo of them is just precious to see!

RELATED: College's Graduating Class Gets Surprise of a Lifetime – a Stranger Paying Off Student Debt

Graduates are often joined by their near and dear ones at their college graduation. But at UCLA recently, a man was joined by only his young daughter during his graduation ceremony.

A woman named Elena shared a photo of the father and daughter on Twitter, and the sweet picture soon went viral.

In the pictures, one can see a young girl who is about five or six years old taking photos of her father, who is holding a bouquet of flowers and wearing his graduation hat while dressed formally.

“It was JUST them two. I was crying she was so proud of him,” Elena said online.

The father graduated from UCLA and majored in Law. Elena shared that she was able to take a photo of the two of them together on his phone. What a special moment for this father and daughter to cherish!

YOU MAY ALSO LIKE: Baby Girl With Often Fatal Disorder Continues To Fight And Family Wants Her Story To Bring Hope

Graduations are significant events in our lives, and whether we have a bunch of people there to celebrate with us or just one special person, it is great to know that you have made your loved ones proud of your accomplishment. Way to go to this father for completing his law degree while also raising his little girl!