Janie Rudolph, a daughter told her dad died of a heart attack, spent 26 years thinking her father was dead. But then, she learned the truth. And the reunion between the two is truly touching!

After Janie Rudolph’s parents split many years ago, her father, Ronnie, moved to Illinois and then to Tennessee. Janie moved around a bit, too, as did other family members. Over time, the family just kind of lost touch.

“I was all settled and with married life and kids, we kind of just drifted apart,” Ronnie’s sister, Juanita Elliott said.

Juanita saw her brother Ronnie for the last time in 1992 at their father’s funeral. Then, after losing the phone number to his work, they just gradually lost touch.

Janie tried to keep up with her father as best she could. She knew Ronnie lived in Lebanon, Tenessee, and had the number to the concrete plant where he worked. Occasionally, she’d give Ronnie a call there and touch base.

Then, one day, Janie’s phone call to her dad’s work unveiled heartbreaking news.

“They just told me that he had a heart attack and he had problems and that he was deceased,” Janie said.

The death came as a shock and Janie relayed it to the rest of the family. Since no one was close with Ronnie, they never really thought to question the information any further.

“I believed it and I didn’t investigate it,” Janie said. “I moved around, I was married and I had my family and I didn’t have money so I just felt like I couldn’t do anything much.”

Nearly 30 years passed by before the family would learn the truth. But when Janie’s mother passed, it prompted her to try and get a copy of her father’s death certificate, as well.

“I started looking for a death certificate and I could not find one on my father, so we were thinking he might be alive somewhere,” Janie recalled.

As it turns out, Ronnie had been alive all this time, still living in Lebanon!

“I was very much in shock, I couldn’t believe it, I thought I was having a dream,” Janie said.

It’s still unclear why the plant said Ronnie died. He has trouble speaking clearly after two strokes and had just assumed he’d stopped hearing from his family over the years because nobody wanted him anymore.

But Janie and the family quickly corrected this notion by traveling from Georgia and Kentucky to Ronnie’s home in Lebanon for a tearful reunion. 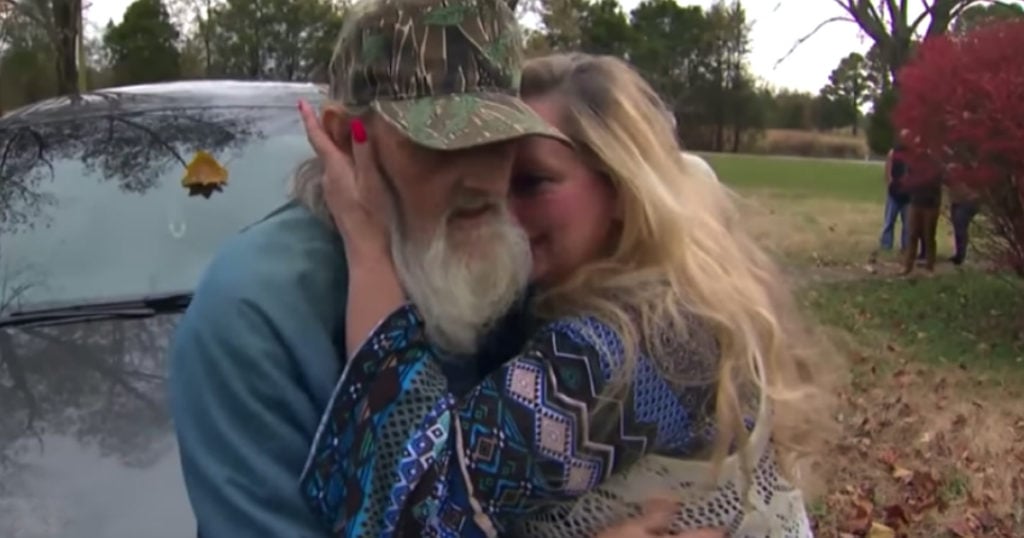 “It is a good feeling to have all the family together again,” Ronnie’s sister Juanita said.

It’s always a shame when families lose touch. What a blessing they are all back together again!

YOU MAY ALSO LIKE: Long-Lost Sisters Miraculously Reunite After 30 Years