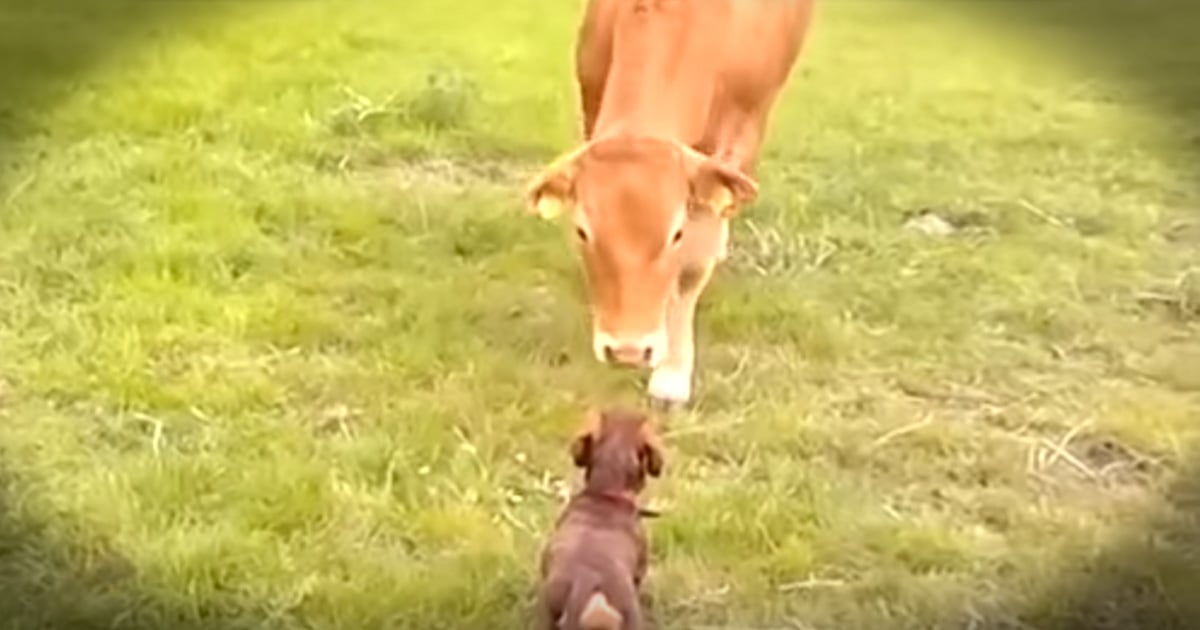 How Vultures Saved A Chained Dog

When vultures show up, it doesn’t bode well. That’s because these creatures prey upon the dead. . .or nearly dead. But as disturbing as it is to see the scavengers lurking around this cowering, pitiful pup, it turns out that God was using their arrival to save her life! 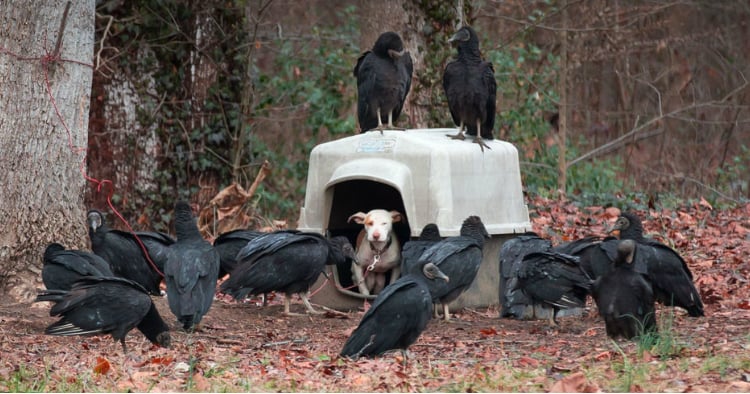 Concerned neighbors couldn’t help but notice as the black birds flocked to the trees and ground surrounding the dog house. After 5 days, the Guilford County Animal Control was finally called in. The responding officer brought the neglected 8-month-old pit bull, Lilo, back to the shelter and left a notice on the door for her owners.

Initially the owners called the shelter, saying they would be by to pick up Lilo. They explained that it must be a dead animal somewhere near the area that was to blame for the congregation of vultures.

Thankfully, the owners never showed up. 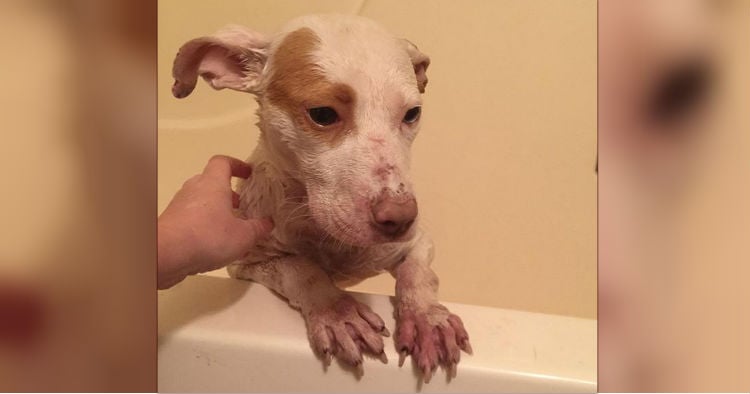 By now, Lilo had gained some notoriety after the Greensboro News and Record ran the photo of the grisly scene. She spent two weeks with Animal Control, and was then transferred to the Merit Pit Bull Foundation. It is suspected that most of her short life had been spent chained to the tree where she was found, with only the crate pictured for shelter.

"She wasn't at death's doorstep, but she wasn't in good health," said Laura Gonzo, a volunteer with the Merit Pit Bull Foundation.

But that’s when everything turned around. Two angels, Keana and Travis, decided they would foster the sweet pup, who was malnourished, with sores on her tail, as well as scabs and tears on her ears. They gave her the name Lilo, after their daughter’s favorite movie, “Lilo & Stitch.” 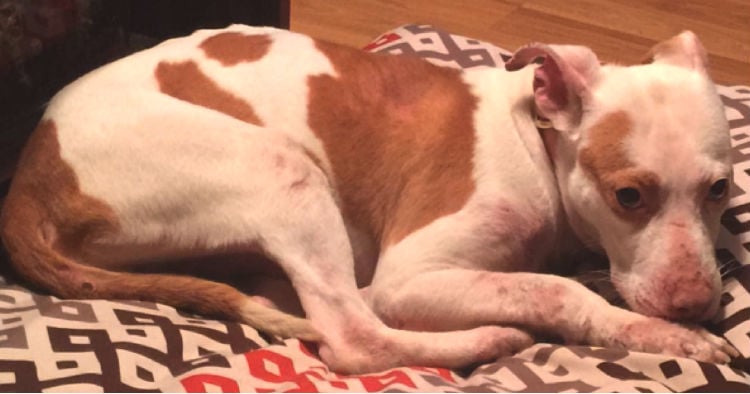 They were patient with the timid pup, who mostly just slept and laid around for the first few days. But once she got situated, they say she settled right in and allowed her loving demeanor to shine through!

"She definitely didn't know what it was like to live inside," Keana said. "But she's got a great personality. She loves to snuggle. She loves her antlers, loves to chew on them. She has no clue yet on what to do with the other toys, though." 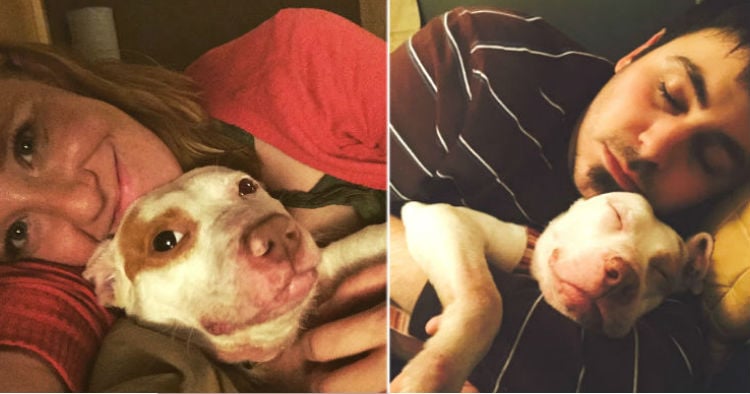 The idea was just to foster Lilo until she was ready to find her forever home. But Keana says she was a “foster fail” right from the start, meaning she fell in love with the pup the moment she saw her. She is now a permanent member of their household. 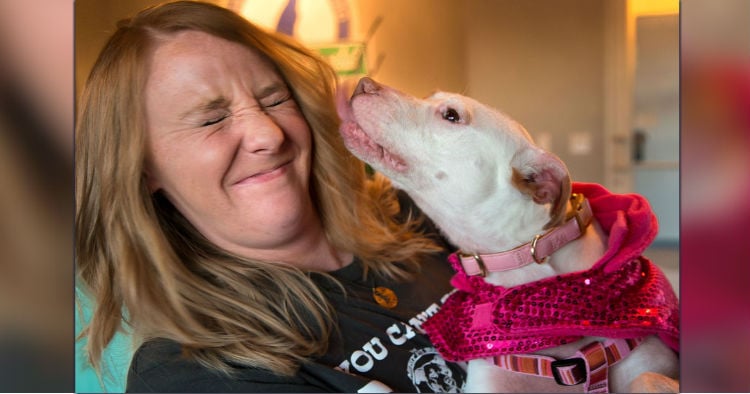 And as if her recovery wasn’t impressive enough, Lilo is using her sordid past to try and put a stop to the cycle of animal abuse. Keana takes her to local schools to help educate kids about rescuing and how to interact with dogs correctly.

“She is an absolute natural to help educate about pit bulls and rescuing," Keana explains. 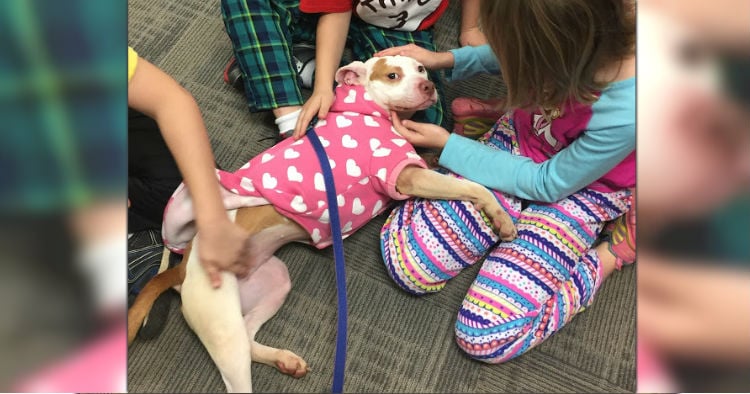 Lilo is also a part of the reading buddies program. It’s a project where kids read to dogs in order to practice their reading skills without having to feel self-conscious. 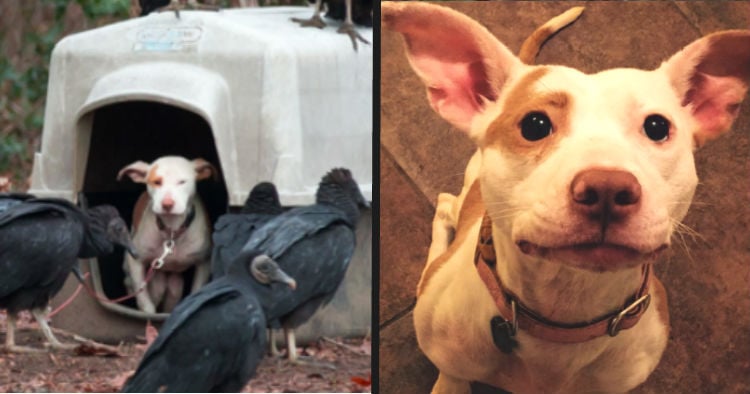 Seeing Lilo’s remarkable transformation is an incredible testament to the power of love!

This precious kitten was rescued and is now just one of the pack! 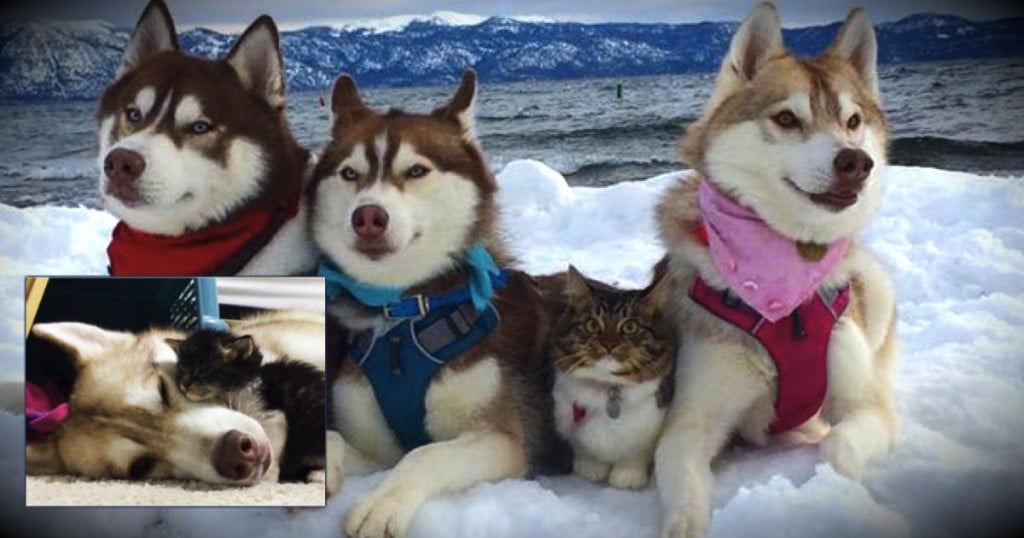 Check out a police officer who fell victim to an extreme case of puppy love!