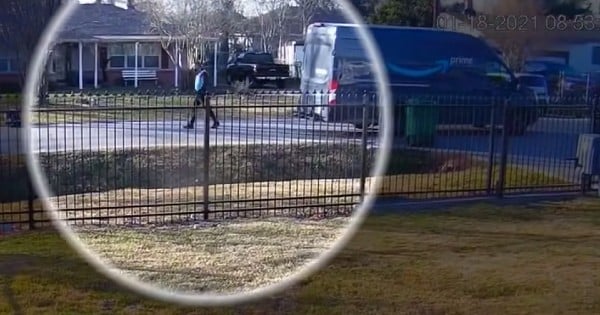 One grateful mother has gained whole new respect for the value of "a good neighbor" after her experience in a fire in the Bronx. The New York City borough of The Bronx suffered "one of the worst fires" the city has seen in modern times, according to Mayor Eric Adams.

NYC is filled with high-rise buildings. But this blaze struck a 19-floor apartment building, which provided affordable housing for many individuals and families.

RELATED: RELATED: Fire Spread from Room to Room So 11-Year-Old Hero Jumped Into Action and Saved His 4 Siblings

Initially caused by a defective electric space heater, New York City Fire Commissioner Dan Nigro speculates that the fire in the Bronx was allowed to spread because a door was either left open or did not automatically close.

Fatima Wood, who lived on the 9th floor of the building, feared she wouldn't be able to escape. She and her two children struggled to find the stairway amid the heavy smoke, and, just as they did, they encountered an angel in the form of Mahamed Keita.

Special Angel Appears During Fire In The Bronx

Both headed down the steps, Mahamed asked Fatima if she'd like help getting her children out of the building. Obviously, Fatima did. Mahamed, who had come from the 16th floor of the property, grabbed Fatima's 3-year-old daughter and continued toward safety. What a relief that must have been to Fatima! She continued down the stairs with her other child.

Without Mahamed's help, Fatima and her kids may not have survived the fire in the Bronx. With his intervention, all three were able to escape the inferno. Once outside, Mahamed even gave the little girl his jacket as she wasn't dressed for the cold. Mahamed said, "I was just trying to do the right thing."

What powerful words those are! What if everyone just tried to do the right thing? This world would be a much better place!

Mahamed and the 3-year-old were transported to the hospital before Fatima and the child she carried were. However, Fatima was reunited with her daughter later at St. Barnabas Hospital.

The fire in the Bronx claimed the lives of 19 people that day, and 60 others were injured. Thankfully, 200 firefighters were on the scene to extinguish the fire and save as many lives as possible. And, there was at least one angel!

Fatima didn't previously know her neighbor from just a few flights up, but she will never forget him!

YOU MAY ALSO LIKE: Pregnant Woman Sees Neighbor's House On Fire And Races Into The Flames

"Be careful to obey all these regulations I am giving you, so that it may always go well with you and your children after you, because you will be doing what is good and right in the eyes of the Lord your God." Deuteronomy 12:28

WATCH: Special Angel Steps In During Fire In The Bronx To Help Mom And Her Kids Escape