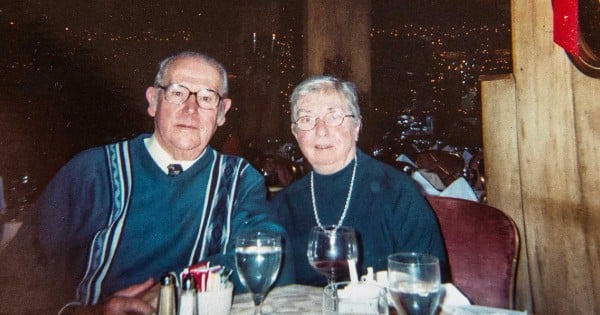 A flying drummers church performance puts a whole new spin on the Little Drummer Boy! While you may have seen a person playing the drums, but have you seen them doing it while flying through the air? This is a special moment you don’t want to miss!

Flying drummers spread Christmas cheer soaring through the air at church in a viral video. One of my favorite Christmas carols has always been ‘The Little Drummer Boy.' There is something so precious and honest about a young boy who has no gift to offer the King of kings, so he offers a song.

We all feel the way this young fictional story tells us about the birth of Christ. We want to offer gifts in thanks for his ultimate sacrifice, but no gifts are needed.

I think it's why this song has become a Christmas pastime. We all have a ‘little drummer boy' within us wanting to offer something to Jesus.

It's also why this song is included at church services for Christmas. One church recently took it a few steps further with their drummer boys. They wanted to spread awe and Christmas cheer, so they decided to find a way to help their drummer boys fly!

During what looks to be a practice run for the big night, you'll see several flying drummers. These men are strapped into harnesses and flying through the air with their drums, each beating in time to the song. There appear to be about seven who are rigged to fly over the crowd and back to the stage as they drum in rhythm to the music.

I absolutely love inspiring others about the Christmas season, but I may have to draw the line at heights. Praise these guys for their dedication to bringing in the wonder of Christmas–at 20 to 30 feet in the air! I pray this performance pierces hardened hearts and instills the love of what Christ did when he came into the world in a lowly manger to save us all from our selfishness and sins.

YOU MAY ALSO LIKE: A Group Of Seniors Are Rocking It In A Drumstick Exercise Class And It Has Them Going Viral

"And she gave birth to her firstborn son and wrapped him in swaddling cloths and laid him in a manger, because there was no place for them in the inn," Luke 2:7.