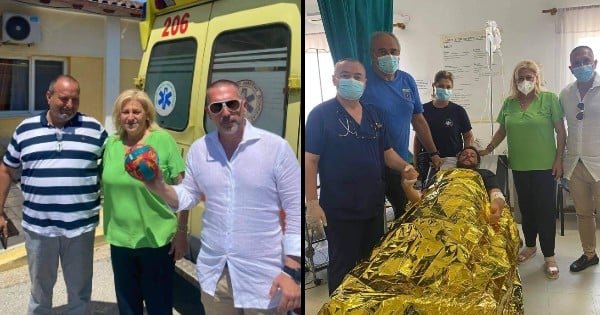 Miracles happen every day, and the story of a little boy lost and later found in a sewer system proves that to be true!

An 8-year-old boy, identified as Joe, went missing one day from his home in Oldenburg, Germany. Joe, whose last name has not been released in accordance with privacy laws in Germany, was found in a sewer over a week later.

It is impossible to imagine the anguish felt by Joe's parents during that time, as well as their subsequent thankfulness when the little boy was located!

Oldenburg has a population of nearly 170,000 people, and crews canvassed the area for days in search of little Joe. Ultimately, it was a report from a resident in the community that led authorities to Joe. Found just about 1,000 feet from his home, Joe was located under a manhole cover. Noises heard at about 6:30 a.m. had prompted the report.

Joe was found in a sewer completely undressed and without serious external injuries. But he suffered both from hypothermia and dehydration. While law enforcement ruled out any neglect or foul play, which were considered possibilities initially, they have investigated fully to determine exactly how the accident occurred.

Joe, who has a learning disability, is believed to have entered the underground system through a drainage pipe about 3-feet wide. Officials believe that Joe followed the pipe into the sewer system and became disoriented and unable to find his way out. It is hard to imagine the fear and distress this little boy experienced during that time!

Rescuers took Joe to the hospital where he received treatment. And thus far, the boy found in a sewer is unable to share the full story of what happened. According to his father, he is doing well considering what he has been through. During a statement to the media, Joe's dad thanked all those who searched for his son.

Isn't it a blessing to know that there are so many people willing to step up and assist? So many tools, like the camera-equipped robot, that are available to help with investigations like these? And, so many committed members of law enforcement who do their jobs tirelessly every single day? And, isn't it doubly reassuring to know that sometimes miracles happen, too?

According to CNN affiliate N-TV, police spokesman Stephan Klatte stated, "That is absolute luck. Of course, there was a possibility that we wouldn’t find the child there. Possibly-if he had not made a sound or these noises would not have been heard, then we may not have found him there at all.”

YOU MAY ALSO LIKE: Rescuers Rejoice Over Missing Infant Found Alive And Say It's Nothing Short Of A Miracle

WATCH: Rescuers Found Boy In A Sewer After He’s Missing For 1 Week