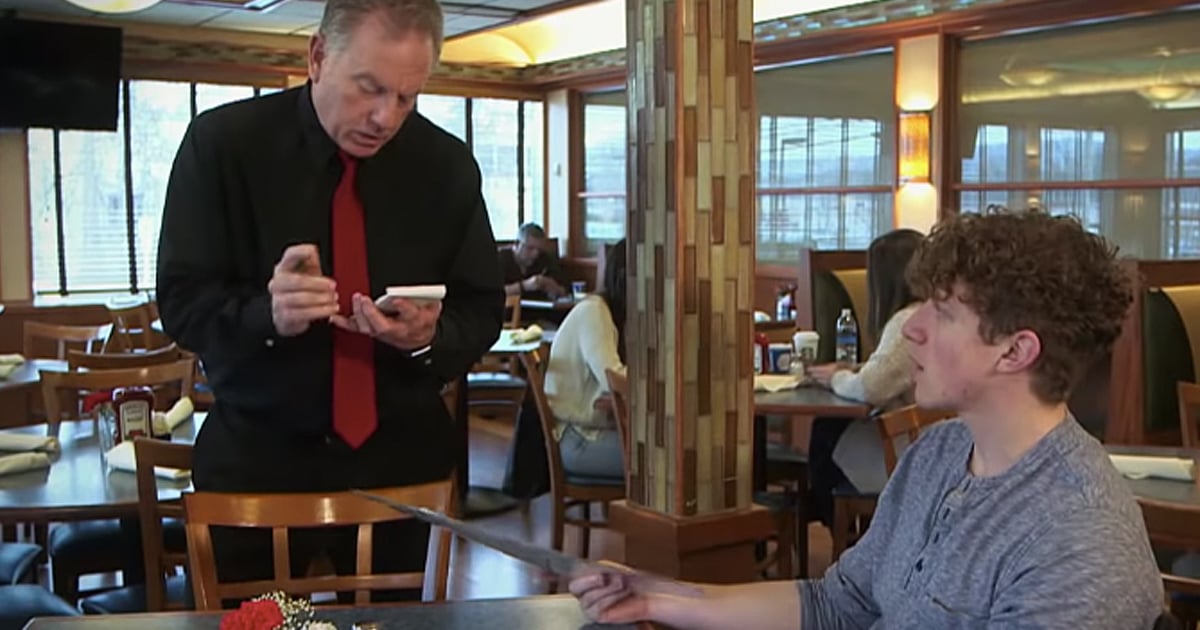 Gruffydd Wyn Roberts is a 22-year-old singer from Wales who currently lives with his grandmother. Gruffydd had a video of him singing in local restaurant go viral before, prompting him to try out for Britain’s Got Talent. Even his friends who are his biggest fans didn’t expect an audition like this.

After chatting with the judges briefly from the stage, Gruffydd began singing a very difficult opera piece called, “Un Giorno Per Noi.” But the poor singer hadn’t even gotten halfway through the song before Simon stopped his entire performance. Everyone thought it was over for this young man, including Gruffydd himself, but Simon prompted Gruffydd to give it another shot.

"When Simon stopped me I thought it was all over and it was hard to hear that," Gruffydd said, in an interview with RadioTimes.com. "I thought I was doing OK, but obviously something wasn't right. I just thought, ‘I have to just take a minute to myself and compose myself and just give it my all for the next song'. And that's what I did, really."

After calming his nerves and taking a sip of water, Gruffydd stepped back up to the microphone to sing ‘Nessun Dorma’ by Puccini. This performance had the whole crowd tearing up and cheering. Gruffydd definitely came alive with this song, and it was pure joy watching him perform!

After that, all four judges gave him a standing ovation, and judge Amanda hit the prized golden buzzer. That means that Gruffydd will be going straight through to the semi-finals!

Judge Simon Cowell said, "That song is the ultimate underdog song. When you can nail that song in an environment like this when everything is going through your head, you deserve what you just got."

Who else is really excited to see what the talented Gruffydd will do next?

YOU MAY ALSO LIKE: Elderly Woman's Opera Audition Wows The Judges