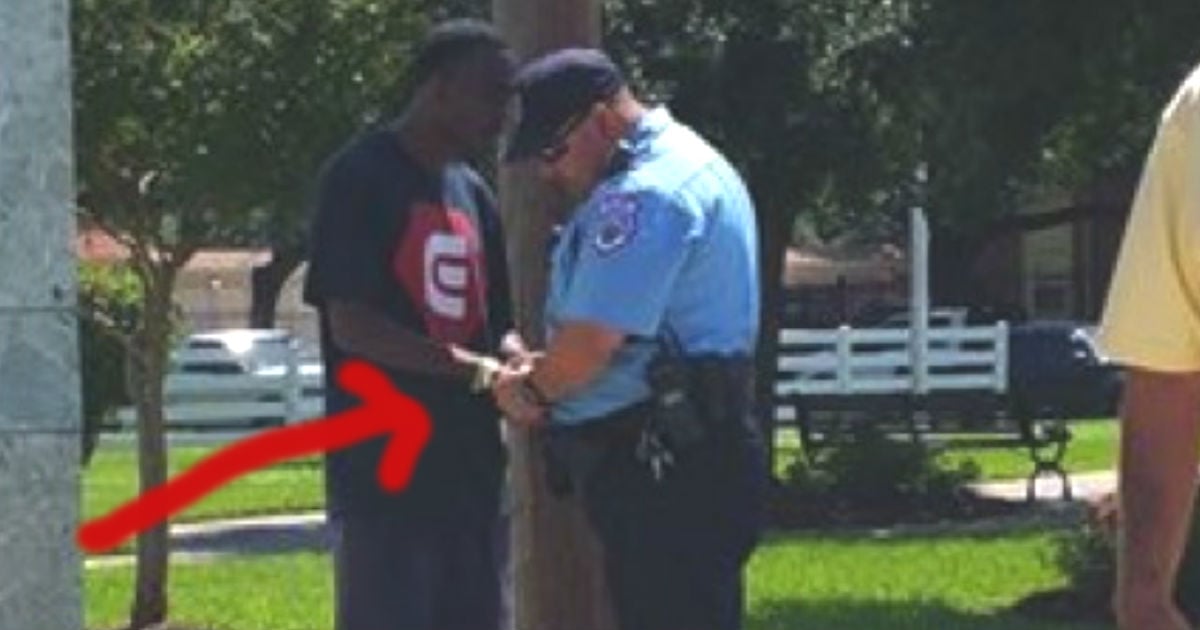 Cop Bumps Into The Man He Arrested Years Ago
Read Article »

A New Take On An Old Story

Christians, get ready! There's a new movie coming out about the resurrection of Jesus called Risen. And it's going to be EPIC! But it looks like it may be up to us Christians to help spread the word.

According to a report from Jesus Daily, Hollywood has been trying to sweep this movie under the rug. They even claim that one film studio was looking to purchase the rights to the movie solely for the purpose of making sure it was never released. But this movie is too good not to hit the big screen! After 10 years in the making, it was finally picked up by AFFIRM Films — the faith based movie arm of Sony Pictures — and will hit theaters January 22, 2016.

Because Hollywood has historically shunned religious films, faith based movies have fallen victim to an unfortunate stereotype of being generally low-budget, with mediocre acting and poor production quality. But that certainly cannot be said about Risen, which is being promoted as a continuation of the groundwork laid by Mel Gibson's Passion Of The Christ — the top-grossing Christian movie of all time.

There are a lot of reasons to be excited about the release of this film. One of the most intriguing aspects to me personally is the movie's entire premise. The film itself is about Jesus' resurrection — a story that has already been told many times over in similar fashion. But Risen will take a completely different approach, while maintaining a "faithful scriptural treatment of the story." The story will be told through the eyes of the non-believer, Clavius. Clavius is a Roman soldier tasked by Pontius Pilate to investigate Jesus' death and resurrection, in order to debunk the claim that Jesus is the Son of God.

The tone and feel of the movie is Gladiator meets CSI. In fact, the actor playing Clavius, Joseph Fiennes, said this stylistic approach is exactly what got him interested:

"Risen is an incredible noir detective tale. That’s the angle that appealed to me."

If the name Joseph Fiennes sounds familiar to you, it's probably because you remember him from movies like Shakespeare In Love and Enemy At The Gates. And there are several other big names tied to the movie as well. Cliff Curtis (Live Free Or Die Hard and Training Day) will play Jesus, Peter Firth (Pearl Harbor and The Hunt For Red October) will play Pontius Pilate, and Tom Felton (Harry Potter) will play Clavius' aide.

The well known director Kevin Reynolds will direct, and also helped to write the screenplay for Risen. Kevin also wrote the popular 80s movie Red Dawn, and has directed hits such as Robin Hood: Prince Of Thieves, Waterworld and The Count Of Monte Cristo. Additionally, Steven Mirkovich will help with editing — the same Editor who gained acclaim for his work on The Passion Of The Christ. So, you can be assured that the cinematic quality of this production is top notch.

Despite the lack of support reported by Jesus Daily, it appears as though this movie is starting to pick up steam. It's been covered by The Christian Post, CBN and even USA Today. And what's really great about this film is that it will appeal to Christians and non-believers alike. The movie's producer, Rich Peluso, explains it by saying,

"Because of the perspective of coming in this through the eyes of a nonbeliever, it feels very comfortable for nonbelievers to try this story on like a jacket. And that’s not just assuming it; it’s through our testing."

That's right – he said testing. The movie has been tested four times in front of large audiences, and so far, the reviews have been great. Rich says,

"What we’re seeing from non-Christians and those who do not regularly attend church is that they do not feel preached to. They don’t feel kind of hit over the head with Jesus or the Bible. But, they are intrigued by this man and His followers. They are intrigued by the story of what happened, the birth of Christianity and the fact that the infrastructure of Judea, both the Sanhedrin and the Jewish leadership and the Roman leadership were all about crushing this man and crushing His followers. So that automatically lends them credibility.”

And it's exactly that intrigue that could potentially lead some of those non-Christians to more deeply explore the teachings of Jesus Christ. And we pray that exploration will lead to an acceptance and personal relationship with our Savior. So, come January, be sure to grab a few of your friends (believer and non-believers alike), and head to the movies!

And be sure to check out the trailer for Risen below!

And if you're interested in hearing about more faith based films, you should check out this story.