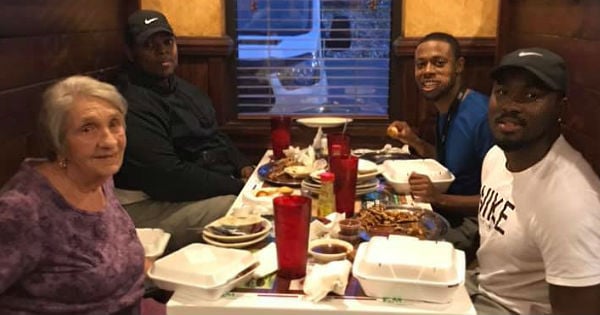 In 2019, Christian celebrity and Today Show co-host Hoda Kotb adopted her second child, baby Hope. Soon after, she was trying without success to get her one-month-old daughter to sleep. And here’s how Joanna and Chip Gaines helped Hoda out!

Today Show anchor Hoda Kotb became a first-time mom at 52 in 2017 when she adopted a baby girl, Haley Joy.

“She is the love of my life,” Hoda gushed when making the announcement.

RELATED: Kathie Lee Gives Hoda A Final Gift As She Leaves Today Show And Hoda Is In Tears

Congratulations are in order for @hodakotb, who adopted a second little girl, Hope Catherine, this week. 💕 Link in bio. 👶

Children truly are a blessing. But let’s face it. They can also be pretty exhausting!

So one day, as Hoda Kotb struggled to get baby Hope to take a nap, she unexpectedly got a little help from her friends — Joanna and Chip Gaines!

Chip And Joanna Gaines Show Does The Trick

When Mother’s Day 2019 arrived, with two beautiful daughters to call her own, Hoda Kotb age 54 had a lot to celebrate.

The day was perfect. She enjoyed a home cooked meal by Hoda Kotb’s partner, Joel Schiffman. Her 2-year-old daughter, Haley Joy, surprised her with a handmade card.

Next, came some time to rest. And as anyone who has raised kids knows, naptime is music to a mom’s ears.

The only problem is one-month-old baby Hope wasn’t going down without a fight!

Hoda Kotb’s daughter was restless and fussy. Nothing seemed to be working. But then, God sent a miracle in the way of Fixer Upper!

“Let me tell you, I put her in the bassinet right by the TV, even though I know you’re not supposed to,” Hoda explained. "She won't sleep, she won't sleep, I click on Chip and Joanna - she is out cold!”

For whatever reason, the sound of Joanna and Chip Gaines making home improvement magic just knocks Hope right out!

YOU MAY ALSO LIKE: Another Baby For Chip And Joanna Gaines? Don't Rule It Out Just Yet

And as a busy mom, Hoda knows better than to question it and just takes this little nap hack as a blessing.

Parents and grandparents – do you have any special tricks for putting a baby to sleep?