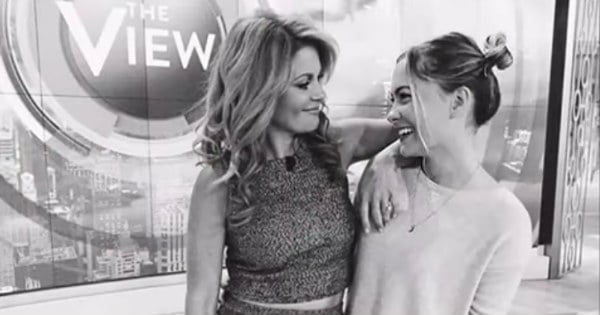 An online troll shared some pretty harsh assumptions as to why Kelly Clarkson and her husband are divorcing. But the Christian celebrity had the best response to the stranger’s cruel speculation!

Divorce is never easy. And there’s a reason God hates it — because it causes His children so much pain. Our Heavenly Father hates to see His children go through such suffering.

The reason for a couple’s split is between them and God. Sadly, part of the pain that comes with divorce is that some people want to judge others over a failed marriage. They want to speculate over who is to blame and why.

That’s exactly what happened when Kelly Clarkson and her husband, Brandon Blackstock, announced their plans for divorce. The decision drew some harsh criticism from one troll in particular on Twitter. But Kelly knew just how to respond!

End Of The Road For Kelly Clarkson And Husband

Kelly Clarkson and husband Brandon Blackstock met for the very first time in 2006. But it wasn’t until their paths crossed again in 2012 at the Super Bowl XLVI that the two started dating.

Kelly Clarkson and Brandon Blackstock married in 2013 and the couple shares two children together — River Rose and Remington Alexander.

In public, the two seemed blissfully happy. But 7 years after their nuptials, Kelly Clarkson announced she was divorcing her husband, citing “irrevocable differences.”

The specific reasons for the decision aren’t really our business. But of course, people will always come up with their own theories.

RELATED: Some Celebrities React To Bullies Perfectly And Chrissy Metz Tops The List With Her Reply

After Simon Cowell broke his back, he asked Kelly Clarkson to fill in for him on America’s Got Talent while he recovered. And sadly, this prompted one Internet troll to share their harsh opinion of why things didn’t work out between Kelly Clarkson and her husband.

"Now Kelly is taking Simon's place...no wonder her marriage didn't work," the person wrote to Kelly on Twitter (and has since deleted their post). "Surprise she has time for her kids...not the good old country girl we fell in love with...it's all about Kelly being on tv...and no one else...no tears for her...but for her kids."

Kelly Clarkson could have chosen to ignore the cruel comment. Or, out of anger, she could have retaliated with her own nasty comment. But the Christian celebrity did neither of those things.

Kelly Clarkson wasn’t about to let the comment about the divorce from her husband slip by without responding. But she chose to defend herself in an honorable way, challenging the bully to “aim higher”.

“Wow. Shaming a woman who has a great work ethic, is a great mom, and who steps up and fills in when a friend asks for a favor because that's actually what ‘good old country girls' do....” Kelly wrote. "This can't be who you are deep down. I have more faith in your heart. Aim higher please."

Wow. Shaming a woman who has a great work ethic, is a great mom, and who steps up and fills in when a friends asks for a favor because that's actually what "good old country girls" do…. this can't be who you are deep down. I have more faith in your heart. Aim higher please ❤️ https://t.co/FrWtlqdMbY

What a graceful way to handle such a rude comment! Kelly Clarkson’s response reminds us that we don’t have to respond to bullies by stooping to their level. We can make the choice to rise above our anger to still show love and respect to those who hurt us.

YOU MAY ALSO LIKE: Kelly Clarkson Interviews Hoda Kotb And Is Left In Tears Over Hoda's Profound Motherhood Moment

“Be angry without doing wrong; let not the sun go down on your wrath; And do not give way to the Evil One.” Ephesians 4: 26-27

WATCH: Kelly Clarkson Shuts Down Troll Trying To Shame Her