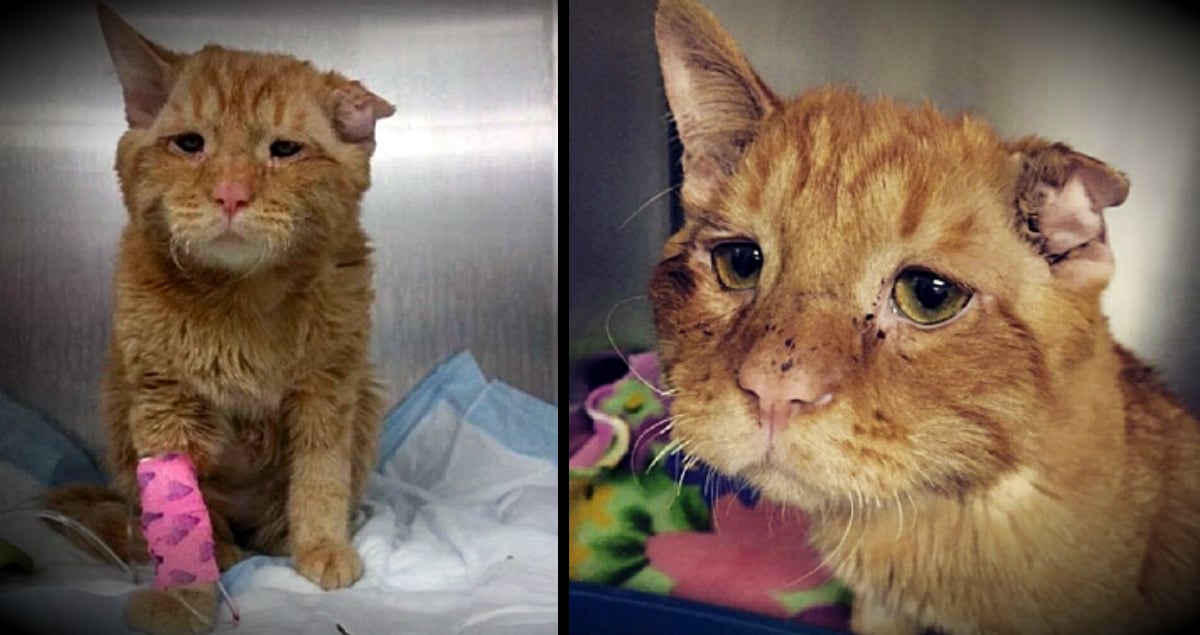 Taking the kids to see Santa has become a time-honored Christmas tradition for many families. But if you’re worried it takes the focus away from Jesus, just wait until you hear what happened when a little girl with a back brace met Santa. The special connection the two shared is clearly God at work!

When Kelly Jackson took her kids to see Santa, she said a prayer that he would have a real beard. Her children were on the verge of disbelief, and she really wanted the visit to be a special one. As it turns out, the visit was more than special — it was miraculous!

As Kelly and her kids waited in line, her daughter, Lauren, noticed something sweet. The girl in front of them in line had two hearing devices, and Santa had hearing aid of his own!

Kelly figured the similarity would make for a special connection between the girl and Santa. What she didn’t realize was that she shared something in common with Santa as well. And Kelly shared the sweet story on Facebook.

In a social media post, Kelly shared about her daughter’s special Santa encounter. After having some rough days with her back brace, little Lauren needed a special moment. What happened next had to be orchestrated by God.

“As he picked her up to set her in his big chair with him I realized he noticed she had a back brace and, not knowing the exact words, I knew he was discussing it with her. He then leaned forward and Lauren started feeling his back.

I grabbed an ‘elf’ and asked quickly, ‘does Santa have a back brace?’

I wanted to cry and explained, ‘my daughter wears one too. And I’m pretty sure he is letting her touch his.’

She insisted, he was the greatest thing for the kids…”

A Santa Who Knows The Meaning Of Christmas

As Kelly was watching her daughter interact with Santa, the worker continued to share more about this special Santa.

“…She told me a story about how he prayed with a family who had come the day before who brought a baby with a feeding tube. Oh my! What a blessing!

RELATED: Santa’s Powerful Message For A Boy With Autism

As Lauren discussed toys with Santa, I walked over to the exit and turned around to notice they were once again in DEEP conversation. He whispered something in Lauren’s ear and Lauren turned to him with the strongest embrace that lasted for more than your typical Santa hug. He returned one as equal to hers. I was teared up at this point.

Lauren’s mom wasn’t sure what her daughter and Santa were talking about. She knew that whatever it was, Lauren was truly feeling understood.

“Mrs. Claus came to me and said, ‘I don’t know what’s going on over there, but whatever it is has Santa crying too.

I explained about the brace and she began to cry herself. Lauren cried just yesterday about her brace hurting as she often does. But today she found out Santa wears a brace too and he told her he knows just how she feels…”

Perhaps More Than A Happy Coincidence

Afterward, Kelly couldn’t wait to share about the moment with her friends and family. It was such a unique experience that she knew there must be more at play than just a coincidence.

“…I told Phil it was MAGICAL!! He could relate to the girl with hearing devices and then could surprisingly relate to a girl with a hidden disability? A back brace? Coincidence? magic? Tomorrow Santa might not have hearing aides and he might not wear a brace, but today he did. And today he touched some special children, and their parents! This is his picture.”

YOU MAY ALSO LIKE: Waiting For Santa Wore This Baby Out And The Photos Are Adorable

What a special thing to know and be known. Perhaps it was a coincidence. But in this time of Christmas miracles, it seems far more likely that God planned for these two to meet. His love is all around us!